Stirring up the stagnant waters of 'Riverdance'

Stirring up the stagnant waters of ‘Riverdance’ 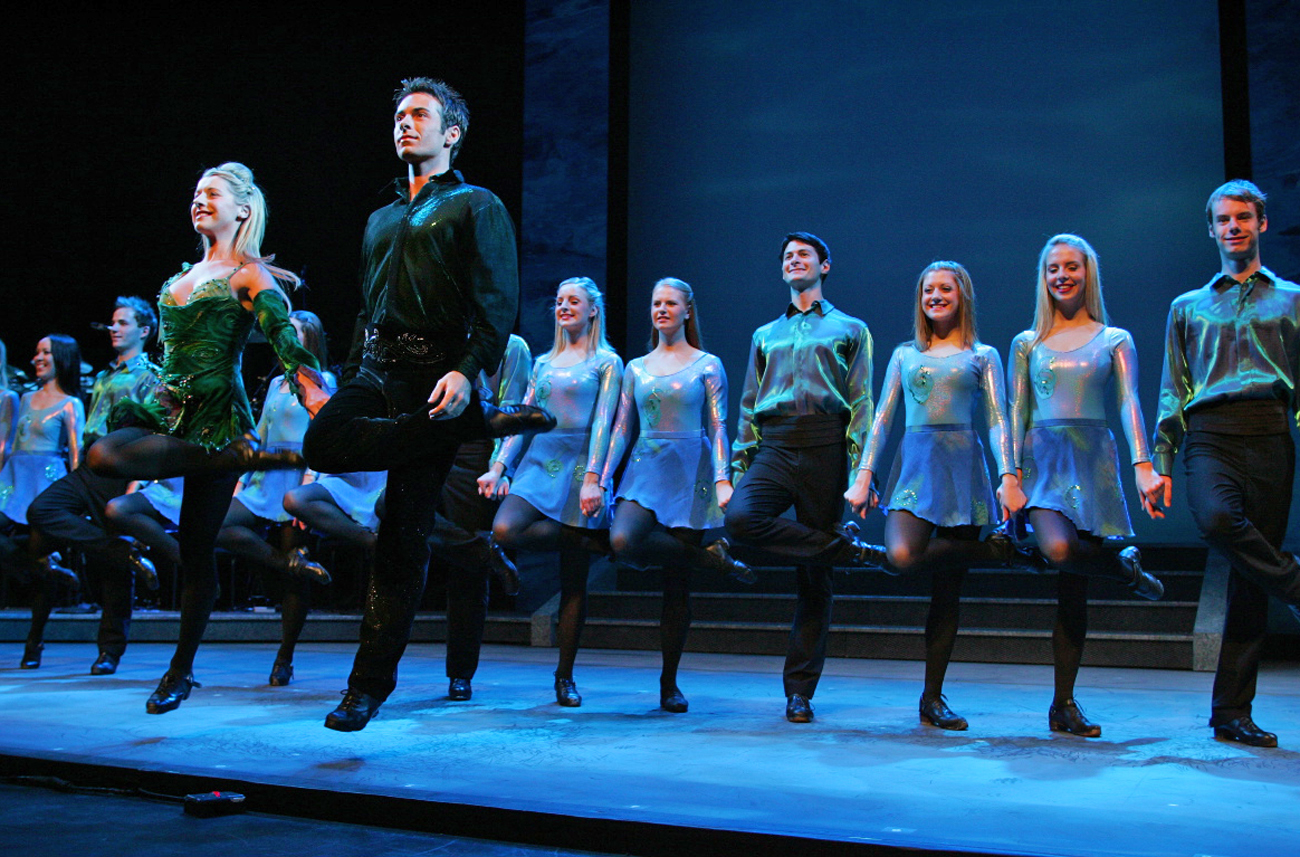 Lordy, Irish history really hasn’t been a barrel of laughs. It’s been fuelled by barrels of whiskey, but is more hangover than heady party. By LESLEY STONES.

That sombre spirit of hardship, famine and yearning for something better permeates “Riverdance” and is magnified by a backdrop of thunder and lightning, as if even the gods have it in for the Emerald Isle.

Which explains why traditional Irish dancing can be a dour affair, performed by a proud and sometimes surly nation with stiff upper bodies, controlled movements and downright dismal faces all implying that being Irish is no fun at all. For the last 15 years “Riverdance” has swept along on a tidal wave of global adoration, with rave reviews and sell-out shows. So I’m swimming against the stream by admitting I don’t much like it. The whole concept started as a seven-minute slot on the Eurovision Song Contest before extending to a full-scale show. And it’s been stretched beyond its level of endurance – unless it’s just stretching me beyond mine.

“Riverdance” supposedly traces the life of a river and the people around it, with music and lyrics by Bill Whelan and original choreography by Michael Flatley. Flatley went on to create derivatives like “Lord of the Dance”, less steeped in austere history and far more of a dance spectacular. There’s some earnest soprano singing, yet lyrics about “passion and desire” are wrapped in the most dispassionate hymn-like performance. The songs tell a story without arousing the least bit of emotion, like a poor man’s Andrew Lloyd Webber. You may hate Lloyd Webber, but at least he knows how to fire up emotions. There’s even some flamenco dancing – except they’ve stripped away any sensuality by partnering the senorita with four po-faced peg-doll dancers.

Watch the performance that started it all: Riverdance with Michael Flatley, 1994 Eurovision song contest.

A four-piece band keeps the pace humming, and includes a fine drummer and an accomplished fiddler. So technically the music and movements are all extremely proficient, but that doesn’t make it exciting. If you measure the success of a dance show by how much you’re tapping your feet, mine grew numb from inactivity. Finally the main male dancer, Padraic Moyles, started grinning. He’s a brilliant master of fast, furious tapping who delivers a welcome touch of flamboyance too. His grin was infectious. Faces cracked along the row of sullen dancers as if they realised it’s okay to be human. Yet it was too late to salvage the first half, and I went into the interval craving a stiff whiskey and a performance with the exuberance of “African Footprint”. But, thank goodness, there was a second half because that’s when they finally put on a show. The second act tells of families wrenched apart as some seek food and fortune in America. At last the diluting of cultures creates a more entertaining affair. The highlight is undoubtedly a dance-off between the peg-dolls and two laid-back city slickers (Kelly Isaac and Gilbert Bailey) who tap dance with the whole body coming into eloquent play. It’s a funny, fizzing scene that injects some life into a show that’s as flat and watery as the river itself. It’s pricey too, with seats from R221 to R399. It received a standing ovation, of course, but it wasn’t unanimous. DM

“Riverdance” runs at Montecasino’s Teatro until 20 February, then at Cape Town’s Grand West Casino from 23 to 27 February.