Reporter's notebook: A most curious vigil

Reporter’s notebook: A most curious vigil 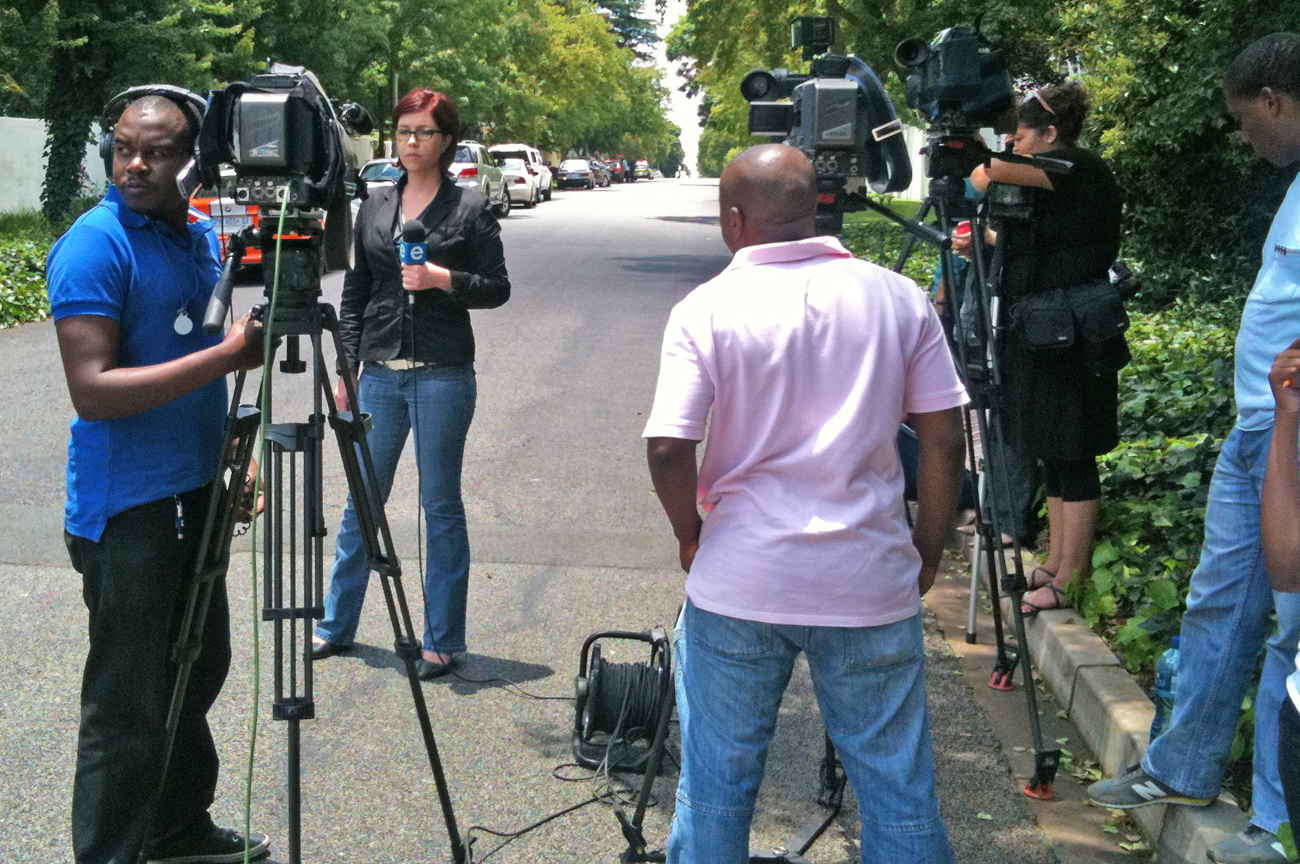 While the debate rages over whether journalists are vultures circling over Nelson Mandela, the leafy streets of Houghton witness a most unusual vigil, where journalists, neighbours and security people come together as one. By ALEX ELISEEV.

This northern oasis of tall walls, trimmed hedges and private security guards is, of course, the area where the former president and national icon lives. And, naturally, it’s also one of the first places journalists flocked to after Mandela was hospitalised on Wednesday.

I joined the anxious wait on Thursday afternoon. Years of fieldwork has taught me to expect rude neighbours, hostile cops and, inevitably, some of the equipment I need to file stories with to let me down. With this in mind, I screeched around the corner of Madiba’s street. But what awaited me was nowhere close to the images I had created in my mind. Instead, I was met by a fellow reporter who helped me park and filled me in on the events of the day.

It was easy to see that an unspoken agreement had, by this stage, been reached with the officers at the scene.

Officers: “We won’t pull a Robert McBride on you.”

(In case you forget, the Ekurhuleni metro police chief found some rather creative – if somewhat violent – ways of dealing with crowds during the xenophobic mayhem in 2008).

The wait began and I got to chatting with some of the neighbours. The first woman I met was very excited to see the pack of journalists. She said she knew it was a sad occasion, but she was meeting interesting people and, in her own way, felt like she was part of the action. She vanished for a short while, to emerge with a small packet of expensive chocolates. She asked us to hand them out to the rest of the hacks. A man then arrived home and stopped to talk. He said he had lived there for ten years and had seen Mandela several times. Being so close to his house, he had also seen Jacob Zuma, Bill Clinton and David Beckham. I wasn’t sure whether to be impressed or offer my condolences. But the man spoke about Madiba with real passion. He said his father had recently passed away, and if Mandela died, it would be the second-saddest day in his life.

He spoke of his sadness at hearing the news, of the doors the statesman opened for the country and its people, and the uncertainty that hung over Mandela’s health. His words made me think of Mandela as a guiding star for the nation. A man who so many millions feel so connected to. I asked whether the man could help me with an extension chord, to save my dying laptop. Without a second of hesitation, he went in and fetched a long cable that stretched all the way to my car.

Offers of tea, coffee and even dinner came from various neighbours. Those who needed the toilet were shown into the plush homes. So as the television vans hummed in the background, and the street remained quiet, we were all able to file a steady stream of stories back to the office.

Most of the journalists were working as a team, sharing news and shielding each other from the endless rumours, which rained down fast and furious. With a blackout of updates for the media to consume, reporters were sent running between places to make sure all the bases were covered. But aside from that, the vigil was organised and most unusual.

On Friday morning it continued. A woman brought out tea and biscuits in the most precious china. Then she topped that with an ice-cold jug of juice for the reporters baking in the sun. Now and again, police officers pushed back the reporters. But there were no clashes, fights or confiscated cameras. So as we waited for news from the important press conference taking place at the hospital, this had turned out to be a most curious vigil. DM