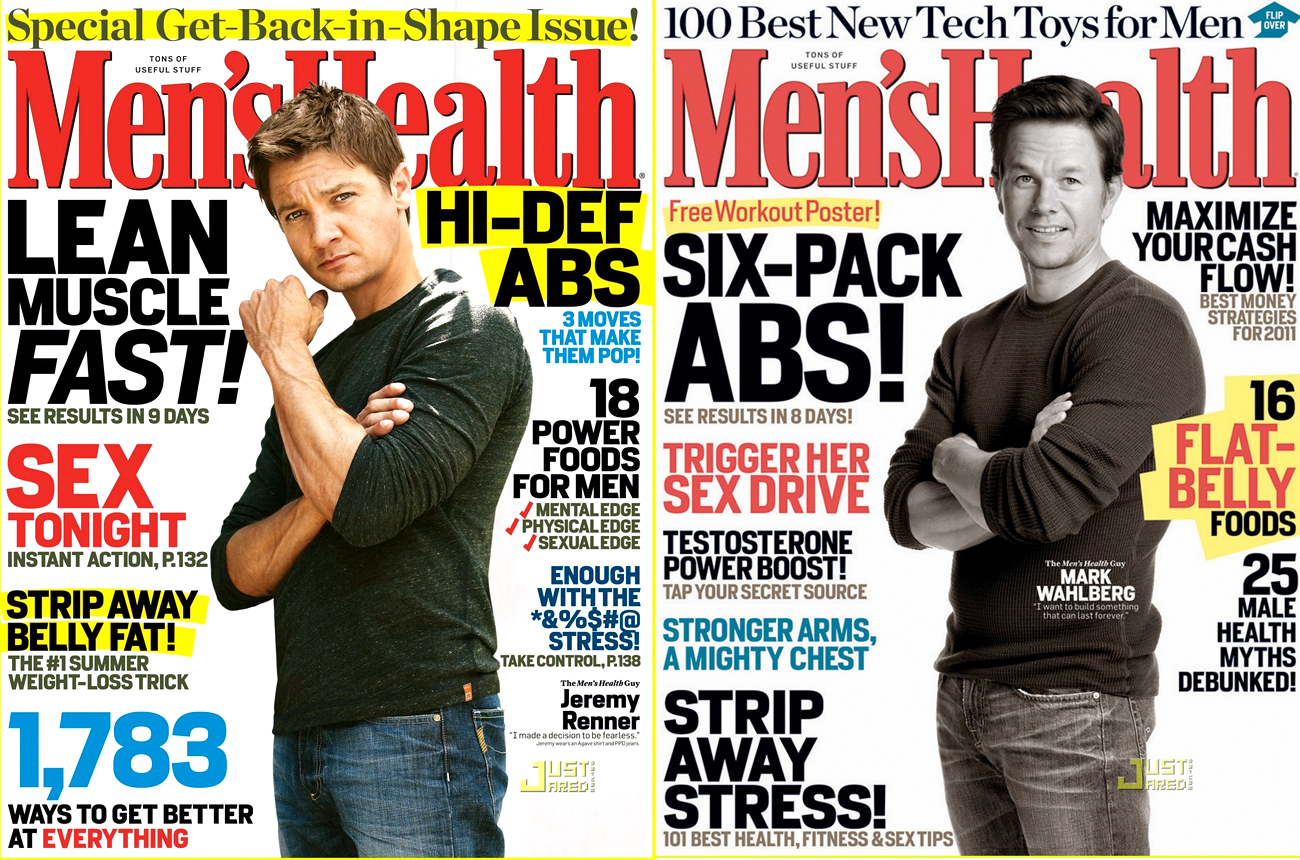 For real? We couldn’t believe it either. After posting a short piece in December 2009 about Men’s Health magazine plagiarising its own covers – a piece that was then the most popular in The Daily Maverick’s history – we saw recently that the editor responsible had been caught plagiarising his own writers. What’s more, his bosses still love him. By KEVIN BLOOM.

In December 2009 we wrote an article that, judging by the number of retweets, was the most popular in The Daily Maverick’s short history. The item wasn’t exactly a groundbreaking piece of analysis – it offered neither the nuanced insight nor the trenchant commentary that the site had already become known for – and so its rapid surge through the Twittersphere came as something of a surprise. Was it the fact that so many of our readers were media professionals? Could it have been that the article’s subject appealed to the element of schadenfreude in this core audience? More depressingly, might we have been overestimating the appetite for serious web-based sociopolitical reportage in South Africa? On reflection, we concluded that while the first two factors may have played a part (never, God forbid, the third), it was really only one thing that drove the article’s popularity: it was just bloody funny.

Here, to refresh your memory, was the headline: “Men’s Health US plagiarises itself. Again”. As reported by Gawker and Mediaite, Men’s Health magazine (the US version) had used the exact same cover lines on their December 2009 issue as had been used in October 2007. Remarkably, a total of six identical – and incredibly creative – cover lines had appeared on the two issues, with the exact same positioning: “Six-Pack Abs!”, “Dress for More Sex,” “Gain Muscle, Lose Pounds,” “Eat Better, Think Smarter,” “Ultimate Cardio Plan,” and, in the bottom left corner, the number “1,293”.

At the time, Men’s Health editor-in-chief David Zinczenko had the following to say in his defence: “The newsstand coverlines are a tool that help us reach the maximum number of guys possible, on promises we know we’ll fulfill every issue. For many magazines, certain cover subjects – from lines to celebrities – are an important part of their newsstand branding. But for the 80 percent of readers who get our subscriber copies, the lines are totally different and reflect the breadth and depth of our reporting with the 12 million readers we serve each month. Rest assured – it’s this originality and reporting rigour that’s made us the biggest men’s magazine brand in the world.”

Thirteen months later, two phrases are worth repeating from the guy’s statement – “rest assured” and “originality and reporting rigour”. Why? Because Gawker have now caught Zinczeko tearing the bylines off his own writers’ articles and replacing them with his own. The site had been tipped off by an anonymous source, and when they ran Zinczenko’s “prose” through a search engine they found (partly to their astonishment, mostly to their delight) that the tipster had a point. In his “Eat This, Not That” column for Yahoo! Health, the editor who importuned us to “rest assured” had stolen seven bylined Men’s Health articles and a further ten that appeared without bylines.

It gets funnier. Zinczenko is not only Johnny Bravo handsome – dimpled chin, perma-stubble, expensive self-tan – he’s also a socialite author, TV talk-show guest, and restaurateur. The topics he talks and writes about are reflected in the list of articles he’s plagiarised: “Cook Your Way to a Flat Belly”, “The Worst Burgers in America”, and “The Truth About Milk”. As for The Truth about Zinczenko, you need look no further (if you can stomach this much BS in one paragraph) than his carefully worded response to Gawker.

“Any bits of material pulled from Men’s Health are owned by Men’s Health’s parent company, Rodale. So is everything I wrote in the 10 Eat This, Not That! books over the last four years, and every blog entry I have posted over the past six years. That’s why it’s called the Eat This, Not That! blog presented by Men’s Health. We use this material to grow traffic and awareness for the Men’s Health and Women’s Health brands and a variety of Rodale products. Nowadays promoting the company’s products on a blog is no different than going on TV and promoting the latest issue. The only thing unusual in my case is that, because I have authored a line of books, the vast majority of the content that I put into the blog, over the course of nearly 150 entries, is generated by me and not pulled from the magazine.”

Really? The editor of the “biggest men’s magazine brand in the world” actually wrote this? All by himself, with his own fingers and computer and everything? Not to cast aspersions, but isn’t it possible that what he really did was rip the byline off the letter written by his bosses’ lawyer and replace it with his own?

A clue might be found in the similarity of literary style (and who can argue that it isn’t literary?) to this official response from Rodale, the parent company of Men’s Health: “Rodale owns all rights to the majority of the content that appears in Men’s Health, Women’s Health, Eat This, Not That! and other branded products. Our editors use that content to promote Rodale and its various properties across all media. As the editor for the Men’s Health brand, it’s Dave’s job to promote the magazine and its extensions. The byline doesn’t take credit for the work, but serves as an overarching tag used in conjunction with the logo to indicate that the material has been written, assigned or edited by the brand (i.e. Dave and his team) at some point.”

We won’t bore you with the rest of the Rodale response, except to say that it takes the opportunity to insert the name of the magazine another three times (it’s all in the marketing, stupid). As for “Dave”, if he ever finds himself out of work – which is not likely, given Rodale’s obvious fondness for him – The Daily Maverick is looking for a humour columnist. DM