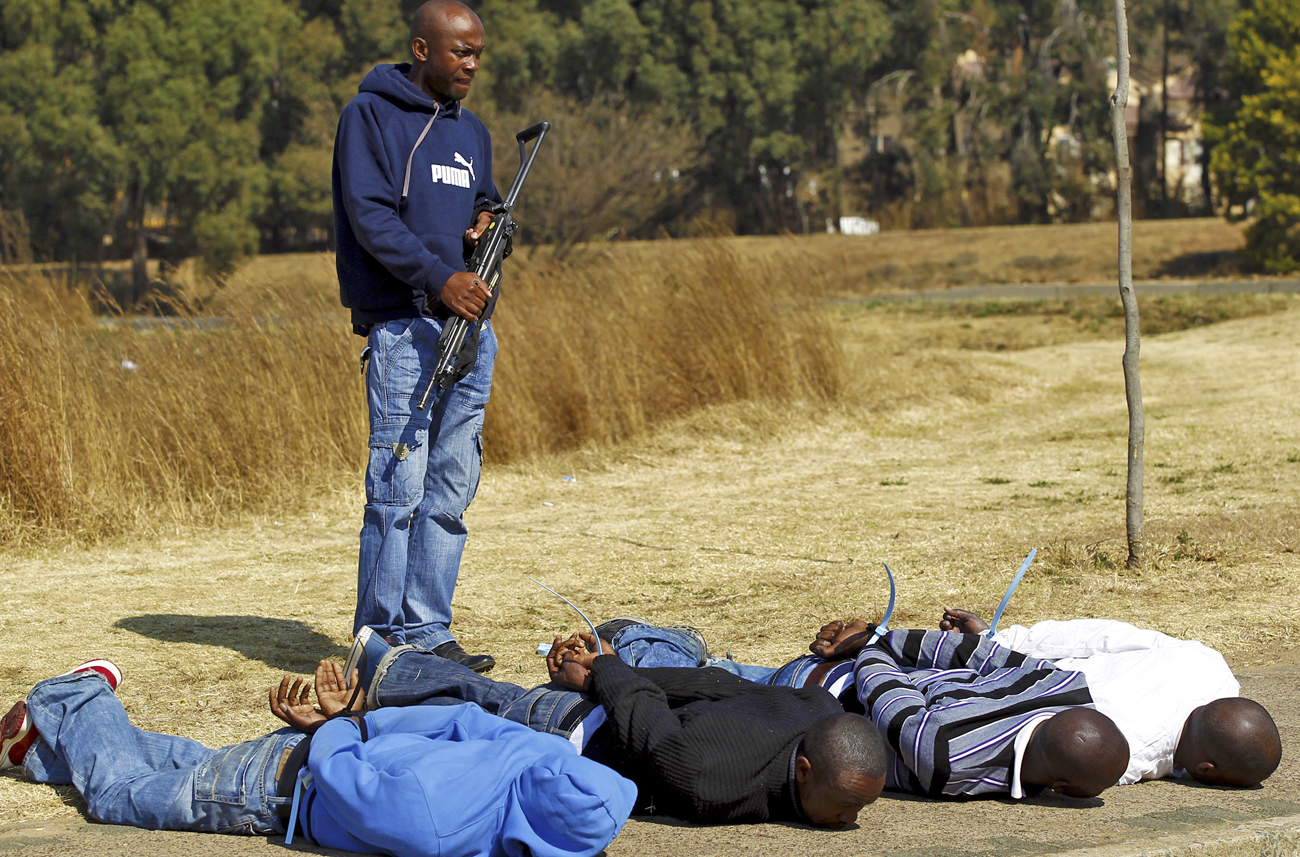 Like children at a school assembly, we can all recite the problems plaguing our police these days. Underpaid, under-skilled, under-resourced, overworked, badly managed and, sometimes, just plain incompetent. Oh, and their ex-boss was a crook. So the last thing detectives on the ground need is another hurdle on the road to cracking cases: like waiting three, four, five years for just one toxicology report. By ALEX ELISEEV.

I met a Johannesburg detective this week to discuss the problem. He invited me into his office and pulled out six dockets. Two murders and four inquests. Some dating back to 2007. Two had been flung out of court thanks to missing forensic evidence. All were on ice, waiting for the magic to happen in the land of the white coats and microscopes.

It was a sad sight. The dockets were frayed. Inside witness statements, photographs, copies of identity documents, scribbled phone numbers and other puzzle pieces lay in deep slumber. Waiting to be kissed by a scientist.

The veteran cop, with 20 years on the streets, sighed as he paged through them. He told me about the man who was beaten to death on the side of a road after objecting to a woman urinating in public. A husband who was beaten with bricks by two men – both later set free. The man who mysteriously died while cleaning his car. And another who died in a toilet, either from a drug overdose or that strange wound on his face.

The detective explained the problem often arose if a victim was in hospital before he died. A doctor will sign off on a post mortem only once a toxicology test rules out natural death, drugs or medical negligence. And without a post mortem and toxicology report, prosecutors refuse to go to battle.

Every week, the detective drives to the lab to process paperwork. Every week he asks about his cases. And every week he’s told to wait.

Estimates of the scale of the backlog vary. Some put it at two to three years. Others say it’s closer to five or six years. One family has apparently been told the delay is seven years.

The department of health, which looks after the country’s three main forensic labs Johannesburg, Cape Town and Pretoria, won’t say which number is closest to the truth. The department’s stance is that it’s fixing the problem by employing more staff, investing in infrastructure and importing hi-tech, but top-secret, technology.

The real tragedy, however, isn’t the detective. He describes how soul destroying it is to receive endless phone calls from victims’ families, and to have to tell them, over and over again, that there’s no progress. Or how difficult – or impossible – it will be to catch the suspects a second time, should the toxicology reports ever arrive. He talks of witnesses who disappear and the heat that comes from the brass about unsolved cases.

But the real pain is felt by the families.

Agnes, a serious businesswoman in the media industry, is one such widow. Her husband, Manuel, was beaten to death in August 2009. He was taken to hospital, but died there a short while later.

A murder case was opened and a pair of suspects was arrested. It seemed the fog was lifting over what had led to the beating and who would be held accountable.

Because of the time in hospital, a toxicology report had to be completed. The following year, the case was struck off the court roll and the suspects released. No forensic evidence meant no case.

Today, the toxicology report into Manuel’s death is still lost in the system. And Agnes is fast losing hope.

“Justice was not done,” she said this week. “My husband was killed and, I believe, the people who did it are smiling wherever they are. They got away with it.”

She speaks of trusting God to bring her closure. Because, at this stage, no one else can.

There are many like Agnes. Some travel from overseas in search of closure. The government has promised to dent the backlog and to consider a partnership with private laboratories, which, can finish the tests faster – at a price, of course. There’s no denying the tests are complex and require specialised skills. But there’s no reason they should take years. The slowly grinding cogs of our frail justice system simply cannot handle any more spanners. DM