Warriors for truth win in ruling on SABC, Icasa 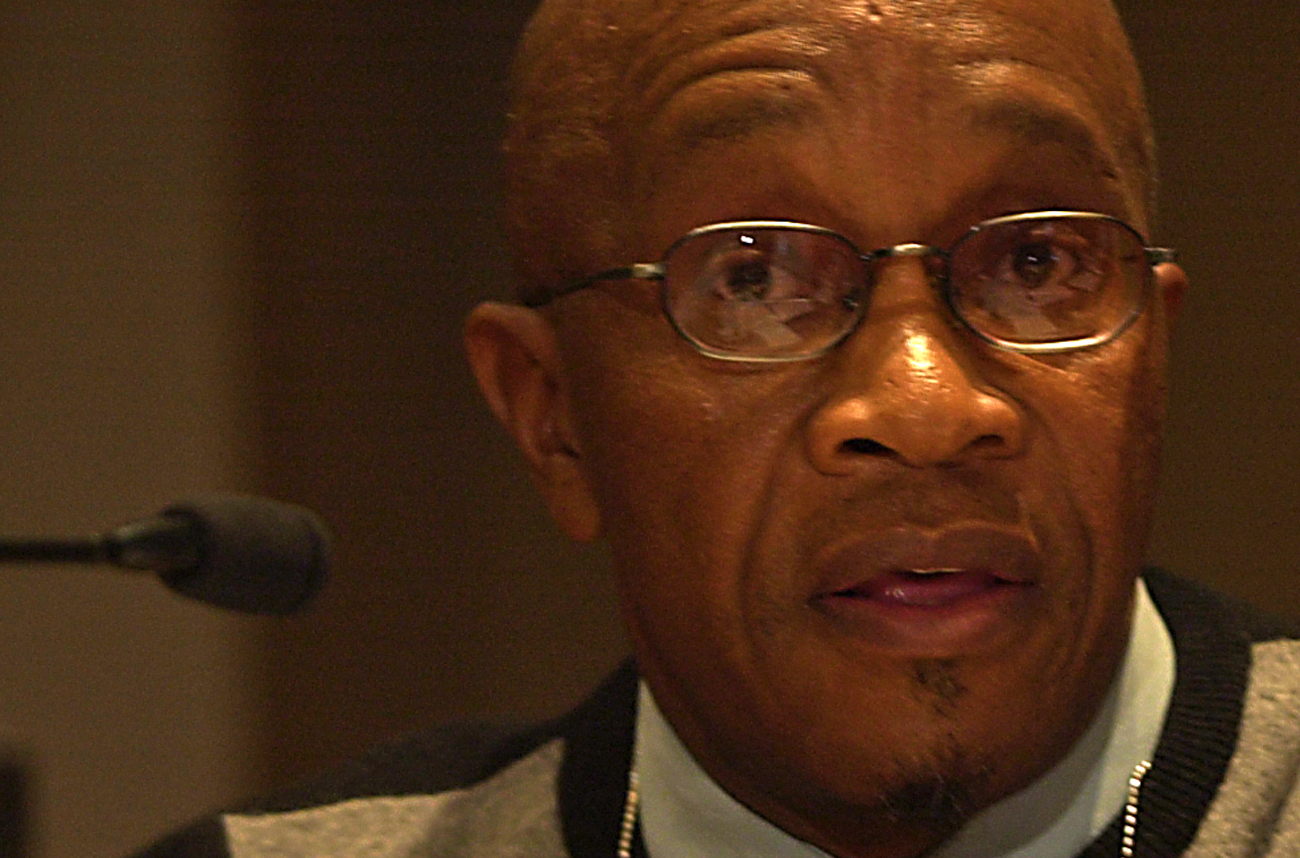 It’s been five long years since the “blacklisting” scandal broke at the SABC, and it became clear that the public broadcaster was being used as a propaganda tool by the Mbeki regime. In a victory for whistle-blowers and for truth and transparency, a court ruling this week confirmed political manipulation of the SABC by former news head Snuki Zikalala. By MANDY DE WAAL.

It was also a triumph for the Freedom of Expression Institute which fought a long hard battle for justice and South Africa’s democracy. Many brave people had stood up to bear witness that political interference was in force under the command of Zikalala. This week these warriors in the fight to restore integrity at the SABC scored a major victory when the South Gauteng High Court issued a damning ruling that found widespread manipulation had occurred at the SABC during the Thabo Mbeki era.

The court also found that Independent Communication Authority of SA had failed in its duty as a regulator by washing its hands of the matter after the FXI had lodged a complaint with it. The ruling demanded Icasa relaunch an investigation into political interference at the broadcaster and branded former SABC news head Snuki Zikalala a dishonest manipulator.

Former FXI head Jane Duncan, who drafted the original complaint, was delighted by the news. “I am extremely pleased because civil society is vindicated by this ruling and it pays homage to the courageous people within the SABC who took an initial stand against the broadcaster at great personal cost,” said Duncan, who is now Highway Africa Chair of Media and Information Society in the School of Journalism and Media Studies at Rhodes University in Grahamstown.

Those courageous people include John Perlman who was the hugely popular anchor of SAfm in 2006. After the blacklisting story broke in Sowetan, Perlman interviewed SABC spokesman Kaizer Kganyago on air. Kganyago predictably denied the blacklisting and was shocked when Perlman refuted this by saying that the blacklisting was in practice and that several prominent political commentators were banned on instruction of the SABC. It was a historic moment with the official SABC statement being contradicted live on air on an SABC programme.

This broadcast and Perlman’s eventual departure from the SABC caused a national outcry that led to the appointment of a commission of enquiry into the blacklisting scandal. The commission’s report confirmed the blacklisting and detailed an atmosphere of widespread fear under Zikalala’s rule. Predictably the SABC dismissed the report and backed Zikalala.

The FXI complaint alleged the management at the SABC manipulated news and current affairs to pursue a political agenda and then dishonestly tried to cover up the matter after being publicly exposed. It said the SABC board failed to take remedial action after its own enquiry found news management guilty of serious misconduct. The fight for this victory hasn’t only been long, it has been expensive. “The process took a lot out of us, not only emotionally and time-wise, but financially. The FXI hired top senior counsel at tremendous expense to the organisation and we landed up with very large legal bills. Why should civil society organisations have to bear such high costs and go to such extraordinary lengths to get justice when oversight bodies that should be doing this work already exist? It really is an injustice,” said Duncan.

In terms of the judgment, Icasa is now responsible for all FXI’s costs.

Speaking in her personal capacity Duncan said at the time of writing the original complaint she was sceptical whether justice would be served. “If you think back to that time, it just seemed nothing would make a difference to the SABC. Things were going from bad to worse and whatever we tried didn’t really seem to make the situation better. The board just dug in its heels and refused to admit there were any problems with editorial integrity at the SABC. They had basically sealed the SABC up from any kind of outside criticism or influence.”

The regime in place at the SABC at the time included Mbeki stalwarts Christine Qunta and Eddie Funde. “They basically laughed off any criticism of the SABC and it just seemed at that stage that Snuki Zikalala was unassailable. This was obviously pre-Polokwane. For me Polokwane was what changed the SABC. After Polokwane this situation at the SABC opened like a cracked nut.”

After Jacob Zuma came to power the tide turned against the likes of Zikalala and Qunta. It became inevitable that their days would be numbered because they had exploited SABC resources to run an election campaign for Mbeki. “There was no way they were going to be able to survive at the SABC in the Zuma era because of what they had done for Mbeki.”

Duncan said the ruling should make civil society organisations more confident about their ability to get justice in the face of extremely tough odds. “At that stage this seemed to be an extremely hopeless situation. Hopefully it shows that civil society can be effective.” Despite the fact that the ruling was made about manipulation in the Mbeki era, Duncan believes it is more relevant than ever. “There is a widespread perception that the kind of manipulation that took place during Thabo Mbeki’s term in office has just been replaced by a new set of manipulation by the Jacob Zuma administration.” Duncan offers the ructions and resignations caused by the imposition of Phil Molefe as head of news as example. Another is Robert Gumede’s use of the SABC as a mouthpiece in his battles against the Mail & Guardian.

“We certainly cannot afford an SABC that becomes a mouthpiece for Jacob Zuma in the same way (it was) under Snuki Zikilala for Thabo Mbeki. Hopefully this ruling serves as a warning that the SABC cannot allow political manipulation to happen in future and that, if they do, civil society will be prepared to take action to defend the integrity of the SABC.  The High Court ruling shows that external intervention by a court can be made in the public interest to correct distortion and omission in the broadcaster’s reporting and that it does not constitute a violation of the broadcaster’s editorial independence as I am sure Phil Molefe will argue. Rather the court intervention was necessary to guarantee the SABC’s editorial independence.”

Why did courageous whistle-blowers and warriors for truth fight this fight against the SABC? “The public broadcaster plays an important role in facilitating democracy because it is the most popular and accessible media in the country. If its messages are manipulated politically, then it becomes impossible for people to be properly informed. We are heading towards local government elections and if the broadcaster isn’t fair and impartial, people will struggle to make informed decisions that are in their best interests. Inevitably democracy will be distorted if such an important source of news and information falls into the hands of politicians,” said Duncan.

Yes, justice was served in the South Gauteng High Court this week, but the battle for the soul of the SABC is ongoing to make it accountable to the public. The Broadcasting Act demands that the SABC offers a plurality of views while the broadcaster’s own code states the SABC must, “provide significant news and public affairs programming which meets the highest standards of journalism, as well as fair and unbiased coverage, impartiality, balance and independence from government, commercial and other interests.”

With local elections looming, much is at stake for the Zuma regime – and with Phil Molefe firmly ensconced at the SABC, there’s no doubt the broadcaster’s obligation to serve the people of South Africa rather than the ANC will be tested once again. DM