Super Bowl: The greatest show on the other side of the...

Super Bowl: The greatest show on the other side of the Earth 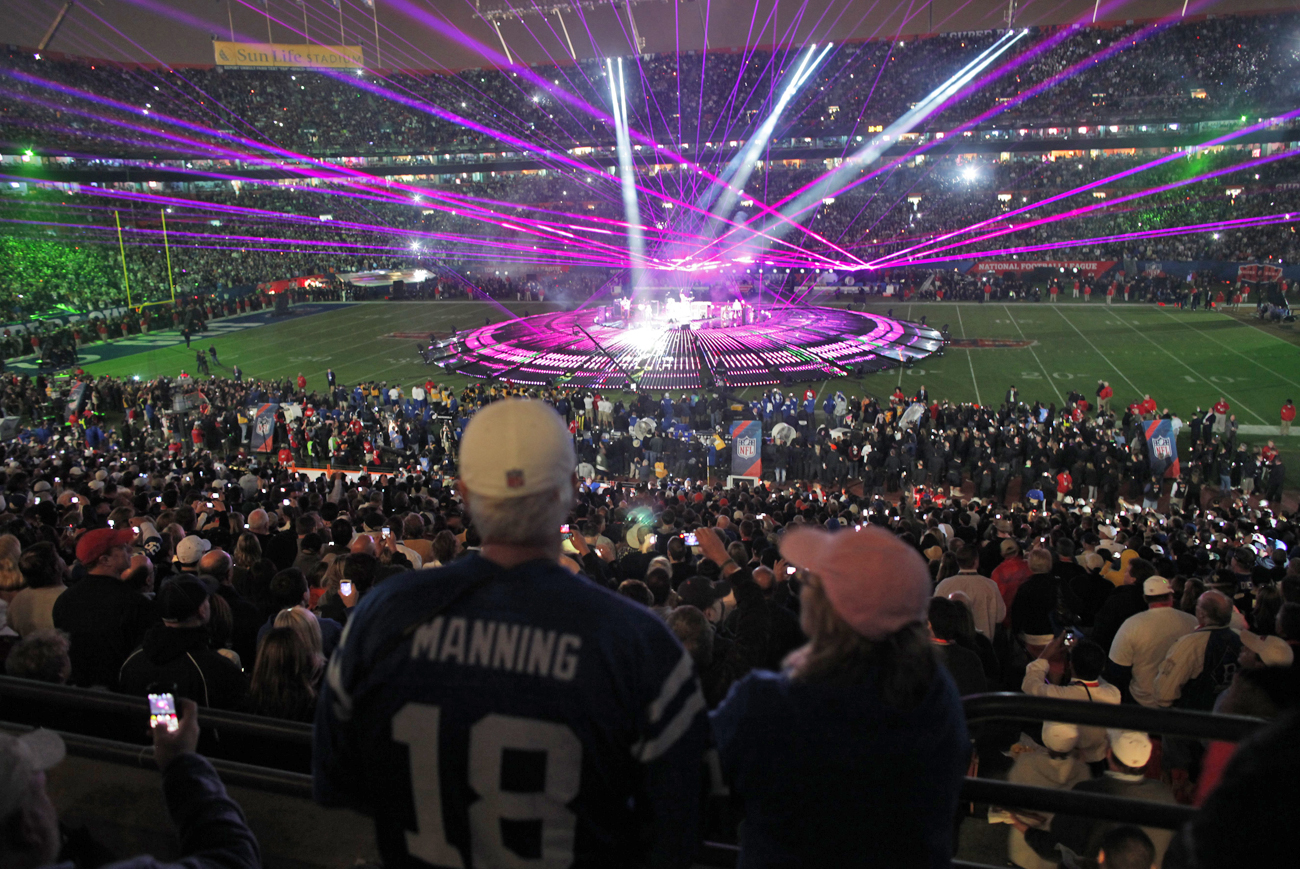 In two weeks, the 44th iteration of the National Football League’s Super Bowl - earth’s richest and most successful sports league - will take place, and very few in southern Africa will give a damn. The Greatest Show on Earth: A lament. By RICHARD POPLAK.

As passionate as most North Americans are about gridiron football, South Africans, by and large, couldn’t care less. The game baffles. What’s with all the stop-start play? Where is the rhythm? Look at all the equipment. (Rugby players don’t even wear underpants, boet!) What are the rules? Why would anyone watch this crap?

Many millions of people watch this crap. But many millions of people also watch Nascar racing, and I would happily apply a version of the above paragraph to stock car shenanigans in any of its manifestations. The size of an audience doesn’t validate an entertainment experience, but when I first arrived in North America, I decided to pay attention to the hype—especially come Super Bowl weekend, the hallowed winter’s day when lads gather in the basement with tubs of popcorn and flagons of beer, watch skimpily clad girls wave pompoms and then take note as the world’s richest athletes do their damnedest to send each other to the trauma ward.

It’s a curiously North American experience, the Super Bowl. So hyped is the game that it would take feats of superhuman elasticity to actually provide an event worthy of the bluster. That said, what is usually the worst game of the football season can occasionally be the best. (Here, I’m referring almost exclusively to the New York Giants win of 2009, where they stunned Tom Brady’s supposedly unbeatable New England Patriots in a genuine nail-biter.) But that’s not the point. What the NFL does better than any other sports league—sidebar entertainment like the halftime show, the girls in miniskirts, and supersized beer mugs notwithstanding—is provide secondary and tertiary narratives. In other words, the two weeks leading up to the game provide an almost novelistic preamble to an event that, in the final reckoning, doesn’t really matter.

This year, there is no end to the intrigue. For one thing, the final four teams all represented markets where the beleaguered workingman is king. Unemployment may be nudging 10% in the US, but the stuffed shirts are getting theirs on the football field. The New York Jets—the NFL’s cockiest team, led by irrepressible coach Rex Ryan—service a working class New York market, unlike the more hoity-toity Giants, who count too many Goldman Sachs employees among their fans to find any purchase among taxpaying citizens. (On Monday The Jets were smoked by the Pittsburgh Steelers, on whom more in a moment.) The Green Bay Packers, who put an end to the campaign of the famously blue-collar Chicago Bears in a frigid contest, take the “packers” part of their moniker seriously. These are the Cheese Heads, a fan-iverse of resolutely Monday-to-Friday union-shop working folk. Their long-time hero was Brett Favre, the quarterback who, in his forties and never having missed a game, ditched Green Bay for the Minnesota Vikings, and immediately picked up upper-class pretensions. (Yup, in this version of the story, Minnesota is Monaco, with Green Bay playing, well, Green Bay.) He is not particularly welcome back in town, despite his championship ring.

Which brings us to the Pittsburgh Steelers. Is there any more working class a town than Pittsburgh? The smokestacks no longer belch smoke and young men loiter where once they smelted the building blocks for the world’s most robust economy. But Pittsburgh’s sports teams keep the flame alive. If the town has a poster boy of upright American rectitude, it must be the National Hockey League’s Sydney Crosby of the Pittsburgh Penguins. (He was born in Cole Harbour, Nova Scotia, in Canada). There’s the always-in-contention Pittsburgh Pirates, with unassuming, workaholic pitching ace Doc Holliday. And if the city has a son that it hates to love—the bad boy who, no matter his transgressions, keeps delivering—it is Ben Roethlesberger, quarterback extraordinaire, and the man widely regarded to be professional sport’s biggest prat.

That was certainly the insinuation of an infamous Sports Illustrated piece earlier this year, in which Roesthlesberger’s character as an unaccountable, money-stuffed numbskull was assailed with nary a punch pulled. Big Ben was said to have sexually assaulted two drunk girls in a bathroom in a Georgia bar, thrown money around like he stole it and basically behaved in a manner not befitting the town that helps sign his vast paycheques. Indeed, this was not the first time Roethlesberger met with Pittsburgh’s ire. Shortly after his first title (he’s won two, in 2005 and 2008) he managed to crash his motorcycle, doing a serious disservice to his noggin. (There was some suggestion in the SI piece that his behaviour—increasingly vile even by the standards of a culture all but immune to celebrity ignominy—might be a result of brain damage sustained in that accident.) Pittsburgh believed the man God had assigned to quarterbacking their football team should put a helmet on his mug prior to drag racing his Harley.

In true American fashion, Big Ben has done his penance. He was suspended for the first four games of the season on account of his dalliance with those lasses in Georgia and returned to promptly right the Steelers ship. With a focus that can only be described as “steely”, Ben and his team have smashed through the league and now stand poised to win it all. This is all the more remarkable, because in any sports league with a collective bargaining agreement in which team salaries are essentially capped, building a dynasty, or even a sustained winning culture, is nigh impossible. Chelsea, Real Madrid and the Yankees buy their titles. The Steelers are the real deal.

This is why, on 6 February, I’ll drag myself to a bar in a fancy Johannesburg hotel, and insist that they find the Super Bowl on some windblown, far flung channel in the depths of DStv, and suffer the opprobrium of the lonely Brits and Germans who were expecting the Premier League. I’ll forgo the popcorn, and drink my beer alone, the phantom cheers of my homies back in the hood swirling around me. I’ll expect an awful contest, but secretly hope for a legendary battle. And I’ll raise my glass, and yell “Go Steelers.” Big Ben has done his time. Let the workingman have his day. DM

Photo: Fans watch British rock group ‘The Who’ perform during the halftime show for the NFL’s Super Bowl XLIV football game between the New Orleans Saints and the Indianapolis Colts in Miami, Florida February 7, 2010. REUTERS/Carlos Barria