Deon 'Witboy' Maas: There's no such thing as 'being Afr...

Deon ‘Witboy’ Maas: There’s no such thing as ‘being African’ 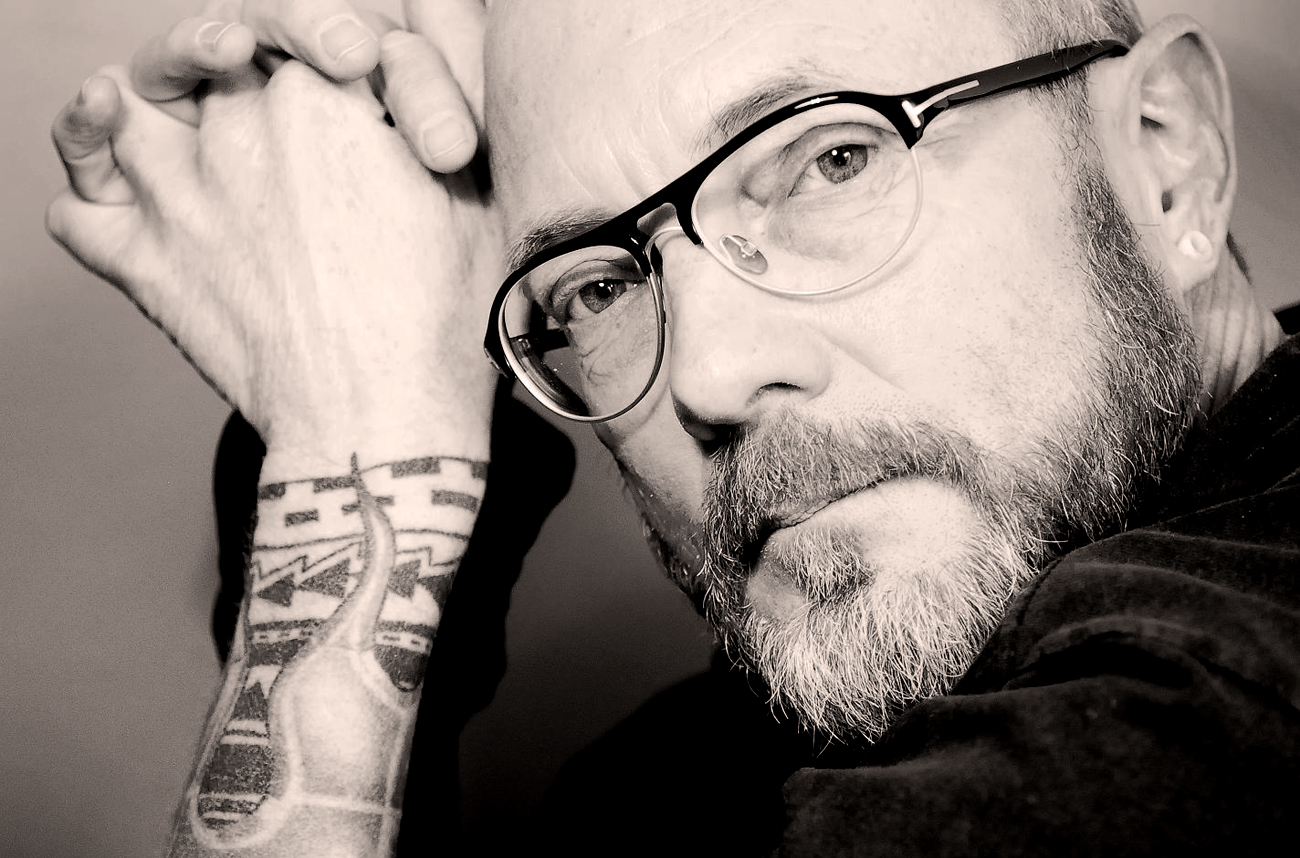 Forget the “Rainbow Nation” myth, marketing fallacies and Bono-inspired inventions, what does it really mean to be South African or African? The Daily Maverick goes in search of identity in a series of dialogues with locals, starting with Afrikaans bad-boy columnist, Deon Maas. By MANDY DE WAAL.

Brand South Africa is hell-bent on selling the world the picture that South Africa is a perfect melting pot of cultural diversity forged during a few pivotal moments of national reconciliation and celebration. The icons of this dream include Nelson Mandela, the Soccer World Cup, sprawling queues of people patiently waiting to make their crosses in 1994 and the 1995 Rugby World Cup win.

Truth, however, doesn’t live in carefully crafted brand messages designed to tell tourists how we built an integrated nirvana on the piety of bended knees and grace of forgiveness. It lives somewhere in the continuum between the cockroach vitriol of Julius Malema and the racial bigotry of Annelie Botes. In an ongoing series of conversations with eclectic, controversial and diverse South Africans, The Daily Maverick wants to try to find that truth.

“You need to be dead and white to make the headlines in Beeld,” says Deon Maas. “If you are dead and black you won’t make Beeld. What this does to Beeld readers is it makes them think that there is a genocide going on against them. The media perpetuates a lot of the old apartheid thinking with its divisive content.”

Maas, who refers to himself as De(m)on Maas isn’t going to win any love with this one. But Maas should be used to being the centre of a storm. The author of “Witboy in Africa” was fired from Rapport in 2007 for writing a column on religious tolerance. Maas called for the Constitution not to discriminate against Satanists and did so in a media read by Christian zealots. Positioned as provocative, perhaps the reality is that Maas says the unspeakable to those who don’t want to hear his truth.

“South Africans have come out of a regime where the government focused on the differences between people rather than the similarities. A lot of the institutions that were put in place during apartheid are still very much in play. I think the media still continues to perpetuate these differences,” he says. “If you listen to MetroFM there is no attempt to have white listeners so they too perpetuate this divide. The media continues to perpetuate the differences between people because they are more concerned with having a market than anything else.

“At some stage you need to start building bridges or this country will burn. We have already seen the first steps of this in with the service-delivery protests which will only get worse because the government is not taking responsibility for what it is supposed to be doing.”

The fuel for the inferno, says Maas, is the huge discrepancy between wealth accrued by owners of business and the workers, as well as the growing divide between the impoverished and the elite. “As long as people don’t have money, are hungry, are poor or don’t have water and electricity, they will continue to be unhappy. The government is failing the people and the biggest failure appears to be with education. You have to start wondering whether the government is intentionally not educating people because educated people think for themselves and start asking questions. You have to ask whether it is intentional on the part of government to keep people dumb. Whether government is scared about what will happen if they have an educated electorate.”

Maas believes there is grass-roots willingness to engage, but that this is fairly haphazard. “At a grass-roots level we do have a national identity because there is willingness for people to talk to each other. During the Soccer World Cup I went to the fan parks and there was this incredible vibe of people communicating with each other. Then there’s the fact that the rugby game that the Bulls played in Soweto probably did more for nation building than anything else in the past five years. The moment people get together and communicate everything is cool, but I am not seeing this grass-roots thing moving up and it is all incidental and fragmented.”

Maas says some people in government benefit from perpetuating the racial divide and the biggest cause of national grief is disillusionment and a refusal to accept responsibility. “There are a lot of unhappy people in this country because they are still not getting the benefit of the new SA. Instead of taking the blame for this failure, a lot of politicians blame other population groups and reinforce the racial divide, even though it is not official government policy.”

“In Europe you have Spaniards, Germans, French and so on. There is virtually nothing that is similar between the Spanish way of doing things and the German way. Why do people think that I as a South African should have a shared identity with someone from Nigeria or with Malawians? Or why should it be expected that a black Zulu would relate better to someone in the Congo than a ‘boertjie’ just because they are black? We come from different backgrounds and have different beliefs and cultures, so I don’t think there is anything such as an African identity.”  DM

Read more: We are not all Africans, black people are! by Sentletse Diakanyo on ThoughtLeader, Congratulations, President Sentletse by Sipho Hlongwane in The Daily Maverick, Wanted: One benevolent coloniser by Verashni Pillay in the Mail & Guardian.