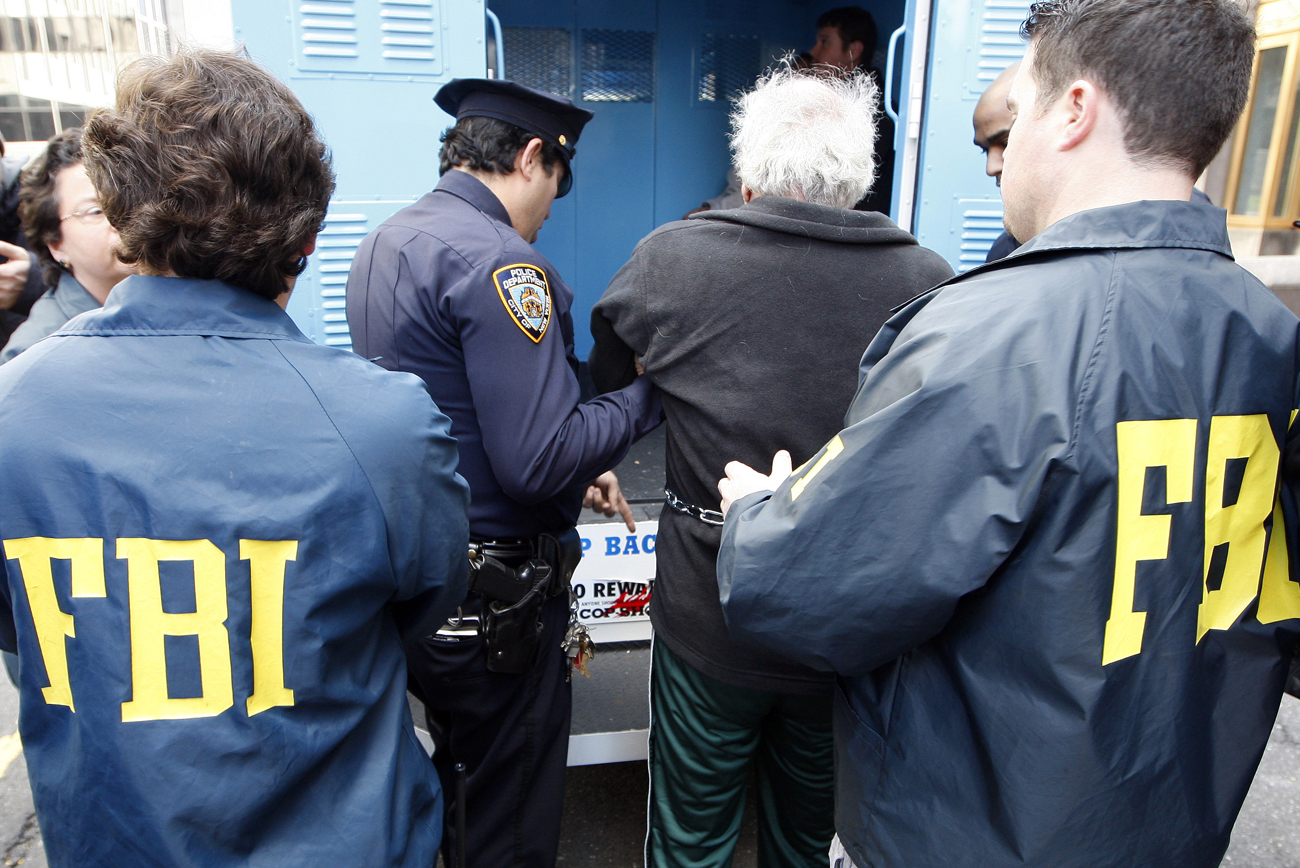 The death of omertà, the fabled Mafia vow of silence, signalled the slow demise of the New York Cosa Nostra itself. The FBI arrested more than 127 mobsters on Thursday, largely on the strength of informants. The New York Italian mafia is definitely hurt, but is it dead? Not really. By SIPHO HLONGWANE.

Omertà, or the code of silence, has protected la Cosa Nostra for more than 100 years. Members of crime families would take the blood oath of never revealing family activities to the authorities when they were sworn into “la familia”, aka becoming “made men”. The code of silence hindered efforts by the authorities to curb mob activities, from the early Black Hand days in the 1890s till the 1950s, when a Senate special committee recognised the existence and threat of the Sicilian crime syndicates, paving the way for the eventual arrest and detainment of mafiosi.

Of late, omertà has been shaken. The FBI arrested 119 organised crime suspects on Thursday, acting on 16 grand jury indictments that charged 127 suspects. “The roundup, conducted with the help of former mobsters-turned-informants, shows the Mafia remains a threat despite decades of crackdowns that have sent its hierarchies to prison, but also that the famed omertà code of silence is largely a myth,” Reuters reported.

The crackdowns were aimed mainly at the Colombo and Gambino families of New York and the DeCalvacante family of New Jersey. High-ranking leaders in the Colombo and Gambino families were detained, including Colombo street boss Andrew Russo, acting underboss Benjamin Castellazzo, “consigliere” Richard Fusco as well as Joseph Corozzo, and ruling panel member Bartolomeo Vernace of the Gambinos. The charges against them include murder, drug trafficking, extortion, gambling, loan-sharking and other crimes going back 30 years, according to US attorney general Eric Holder. Photo: United States Attorney General Eric Holder speaks during a news conference to announce the arrests of 110 Mafia suspects in the Northeast, in Brooklyn, New York January 20, 2011. More than 800 federal and local law-enforcement officials rounded up the suspects in New York, New Jersey and Rhode Island in the early morning hours, targeting New York’s five Mafia “families” and an additional one in New Jersey. REUTERS/Brendan McDermid.

Most of those arrested were foot soldiers of the organisations – the men who carried out murders, extorted money from businesses and so forth. TPM reports the case of arrested Gambino administrator Bartolomeo Vernace. “Also known as ‘Pepe’, ‘Bobby’, ‘Bobby Glasses’ and ‘Robert’, [Vernace] is charged in the double murder of Richard Godkin and John D’Agnese that occurred in 1981 at the Shamrock Bar (in) Queens. The provocation for the murders, according to the AP, was an argument stemming from a spilled drink,” they said.

Helped by the FBI’s shift away from organised crime to counter-terrorism in the wake of the September 11 attacks, the Mafia had been regrouping following the devastation of the previous 30 years, brought on mostly by a rewriting of American law to combat organised crime. But la Cosa Nostra’s heyday was before the 1970s.

One of the earliest Mafia-related incidents in America occurred in New Orleans in October 1890, when a police superintendent was executed. It was never proved Italians actually carried out the murder, but they were certainly blamed for it. Anti-immigrant sentiment throbbed like a varicose vein through American society. Nineteen Sicilians were arrested for the murder, but acquitted the following year. Before they could be freed, an enraged New Orleans mob broke into the jail and dragged 11 of the suspects out into the street and lynched them. It remains the single largest mob lynching incident in US history. Extortion of busineses and individuals by small Sicilian gangs via the Black Hand method occurred in the early parts of the 20th century, but it was only when the Prohibition Act was passed in 1920, preventing the manufacturing, distribution, sale and consumption of alcohol in the US, that Sicilians spread through the USA began to organise into formidable crime outfits. Beating the Prohibition to assuage thirsty Americans made the Mafiosi of various cities very rich. In December 1928, mafia bosses from 23 cities held a convention in Cleveland, Ohio, where despite mutual suspicions the gangs agreed to work together. The “National Crime Syndicate” was born.

The centre of the 26 Families (three were later added to the founding 23) organised crime convention was New York, where the Five Families ruled: the Bonanno, Colombo, Gambino, Genovese and Lucchese families. The spiritual father of the American Mafia, and its first capo di tutti capi (boss of all bosses) was Salvatore Maranzano, who created the Mafia structure of boss-underboss-caporegime-soldiers-associates. He only ruled for six months, before being killed in 1931 by “Lucky” Luciano – the architect of the New York mafia system and eventual head of the Genovese family. After Luciano’s death in 1962, Carlo Gambino became capo di tutti capi, inheriting the syndicate created by Luciano and expanding it to become the most powerful mafia boss the world has ever seen. Mob bosses who followed would not be as powerful, as the 1960s heralded the beginning of serious efforts by law enforcers to curb organised crime.

Laws like the Racketeer Influenced and Corrupt Organisations Act and organisations like the US Organised Crime Task Force played vital roles in bringing the mob down, but the most effective weapon against the mob was the death of omertà. In 1963 Joe Valachi (immortalised by Charles Bronson in “The Valachi Papers” in 1972) testified before the permanent subcommittee on investigations of the US Senate committee on government operations about the inner workings of the mafia, thus becoming the first American mafia member to break the sacred vow of silence.

The most famous mafia informant was the former Gambino underboss Sammy “The Bull” Gravano, whose testimony in 1991 was instrumental in bringing down Gambino boss John Gotti, who had eluded authorities for years, in 1992. After Gravano’s testimony, the informant floodgates were opened. Omertà was no more. Photo: Mafia turncoat Salvatore “Sammy the Bull” Gravano, (L) appears with news woman Diane Sawyer in this 1997 photo released by ABC TV. In a two-part interview for the ABC shows “Prime Time Live” and “Turning Point” Gravano said mob boss John Gotti once thought he could buy a presidential pardon for up to $5 million.

But that does not mean by any means the American mafia is dead. Janice Fedarcyk, assistant director in charge of the FBI’s New York division, said the mafia was no less violent or dissipated than in the past.

“Arresting and convicting the hierarchies of the five families several times over has not eradicated the problem,” Fedarcyk said.

It is la Cosa Nostra’s power that is dissipated. Other organised crime syndicates have moved in from Russia, Mexico, eastern Europe and Asia and diluting the influence of the Sicilians. For the FBI, their efforts to curb organised crime will never be over. DM