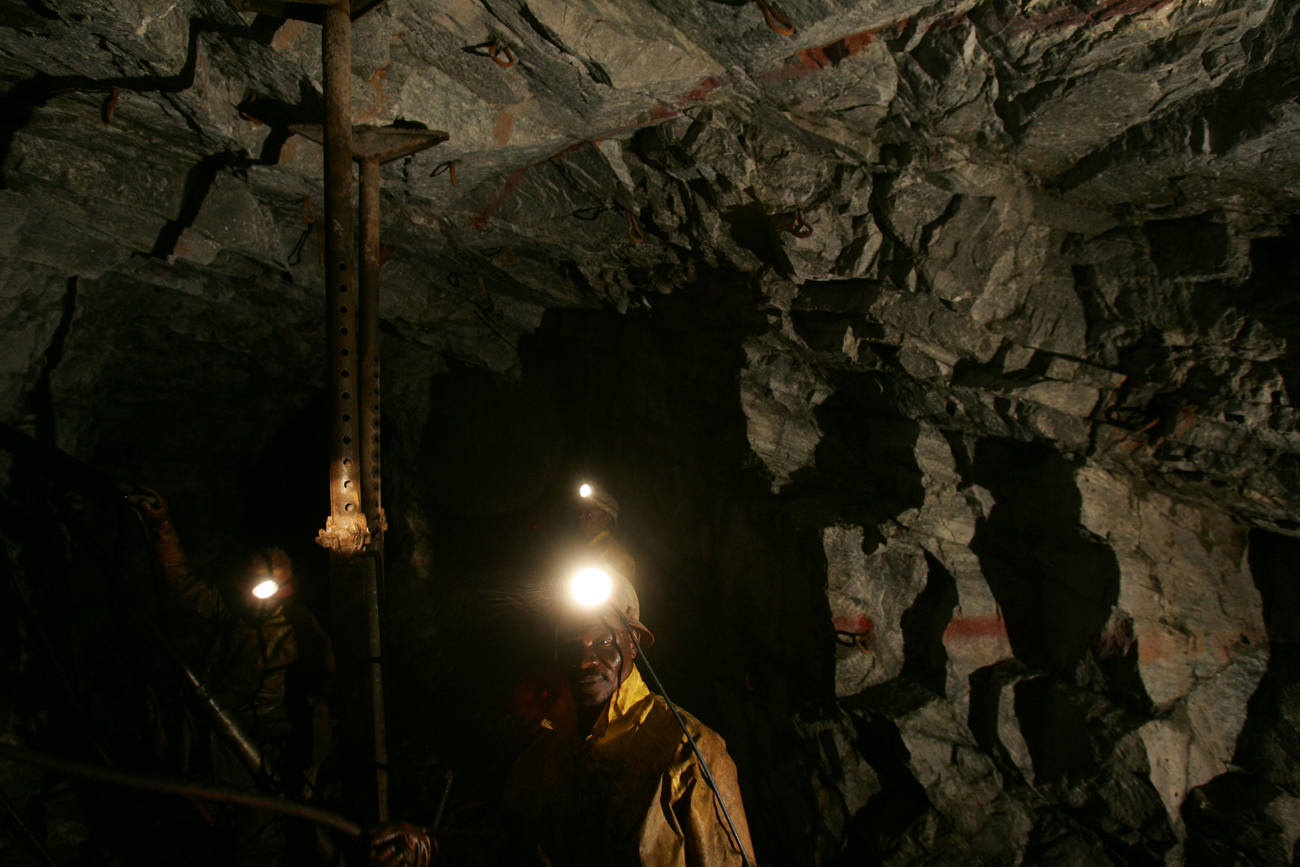 The Maandagshoek mine tragedy that saw two boys drown in a water pit at AttaClay Mine follows years of antagonism, protests and violence between the community and mining bosses. Community leaders say miners have wantonly exploited locals while getting rich. They now want AttaClay to take responsibility for the deaths of Kgwete and Maimela. By MANDY DE WAAL.

Young Thabo Kgwete and Vincent Maimela had a brighter future ahead of them than their impoverished surrounding suggested. Born into the poor community of Maandagshoek in Limpopo, locals believed they would go far. But tragedy struck this week when the two drowned in a water pit at the AttaClay Mine. Thabo,14, and Vincent, 16, went missing on 19 January and a search party from the Maandagshoek community scoured the area in the hope of finding them. The boy’s bodies were discovered by police divers the next day in a water pit on a nearby mine. The deaths of the two youths is the newest heartbreak in a desperate, ongoing saga that has plagued the impoverished community which lives on land that has huge mineral wealth.

The mine the boys died in is owned by Johannesburg-based investors and the Limpopo Development Enterprise (LimDev) through a wholly owned LimDev subsidiary called Corridor Mining Resources. “The mine is supposed to be fenced or secured and AttaClay has a responsibility to keep it safe, but they’ve failed to do so,” says human rights lawyer Richard Spoor for the Maandagshoek community. “It is a common problem in this part of the world where there are lots of mines and people often lose their animals, or more tragically, their children in pits and mines.

“While larger mining companies comply, the smaller mines don’t put up fences because they say the community will steal them. It is the mining company’s job to put up fences and the excuse that these fences may get stolen is not a valid defence.”

AttaClay mines attapulgite, a highly absorbent mineral found in clay and which is used to make cat litter. Attapulgite is also used as a carrier for liquid pesticides, as a cosmetic base and for purifying oils and fats. AttaClay states on its web site that the mine at Maandagshoek is managed by Elbroc Mining Products which is owned by Royal Bafokeng Holdings and Capricorn Capital Partners. On its web site, Elbroc states that the company “pride themselves on superior quality and service, and make no compromises in terms of mining safety”. Unfortunately, Elbroc wasn’t able to make the mine safe enough for Thabo and Vincent. (Editors note: While efforts were made to get comment and check facts with the management of AttaClay Mine, The Daily Maverick got no response to its calls. After publishing this story we were advised by Elbroc Mining that Elbroc has no management responsibility for AttaClay Mine, nor do they hold any shareholding in the mine.)

“There was no indication of a dam or pit with water, or that it was dangerous,” says Emmanuel Makgoga, a community leader. “These water pits are in the yard of AttaClay and the mine is on the farms were people are ploughing. AttaClay has been mining here for 20 years without benefiting the community and all the time their mine has been encroaching on our lands,” says Makgoga.

“The mine is built is on the farms of the people and is expanding all the time. There is smoke that comes from AttaClay that hurts our people. Their water storage affects the community because they are using chemicals in the mine, and when the water comes out it goes into the fields and our animals drink this water. We have loss of livestock from this because our animals often get stuck in the mud and die.”

Makgoga says AttaClay must take responsibility for the boys’ deaths. “I know there is not a good relationship with that mine. The mine manager Mike Faure attacked our lawyer, Richard Spoor, when he tried to fight for our rights. This is not a good corporate way to do things. AttaClay was granted rights by the apartheid government and they behave as if they are doing business in an apartheid regime. This is not the way to think or behave. This is not acceptable.”

In 2006 Spoor protested against the exploitative deal AttaClay had given the Maandagshoek community. City Press reported Spoor declared the mine was making R1 million in revenues monthly from the mine. Despite this, AttaClay only paid the people of Maandagshoek R2,500 a month to lease the land. “They don’t want to work with us in peace and harmony, and they are not respecting the new government,” said Makgoga. “They just want to get rich and not let anyone else enjoy their lives.”

This latest tragedy has left the Kgwete and Maimela families devastated and Makgoga says the boys who drowned were very active in the community and participated strongly at school. “We were expecting something from these boys. They were really the leaders of the future. They had a bright future ahead of them. The local community and the nation has lost because of the deaths of these two boys.”

AttaClay aside, Maandagshoek and surrounding areas are well populated with mining companies with strong links to government and the ANC. There’s Nkwe Platinum which is linked to science and technology minister Naledi Pandor through her husband Sharif Pandor, a non-executive director. The politically well-connected Andile Nkuhlu, son of Wiseman Nkuhlu also has mining interests in the area, as does Patrice Motsepe of African Rainbow Minerals. Business Day reveals that even former minerals minister Penuell Maduna benefits from mines in the area.

Interestingly, Maandagshoek was the place where the ANCYL’s Julius Malema chose to launch the league’s mining nationalisation campaign. Malema said mines in the area were “daylight robbers” and added: “The people who steal these resources play golf in London. They know nothing about your poverty. These mines (have) brought nothing but sickness.”

Over the years Maandagshoek has been the scene of numerous protests, some of which have turned violent and seen police firing on local residents. Protests have centred on encroaching mines, the destruction to the community by mining operations and the fact that locals remain impoverished while huge wealth is enjoyed by the mining tycoons. Makgoga says the community continues to suffer and eke out a marginalised existence year after year.

As two families prepare to bury their sons, Makgoga implored mining management to care for the safety of Maandagshoek’s children. “They must be careful. People must not just make money without respecting the poor. We are living in an age of democracy and these people must learn to mine by working with the community. Apartheid is gone. These people can’t just come and loot the mines and create danger for our children. They must close the water pits, put danger tapes up and give clear warnings. No one else must ever die again.” DM

Note: Attempts to get comment from LimDev or AttaClay were unsuccessful.