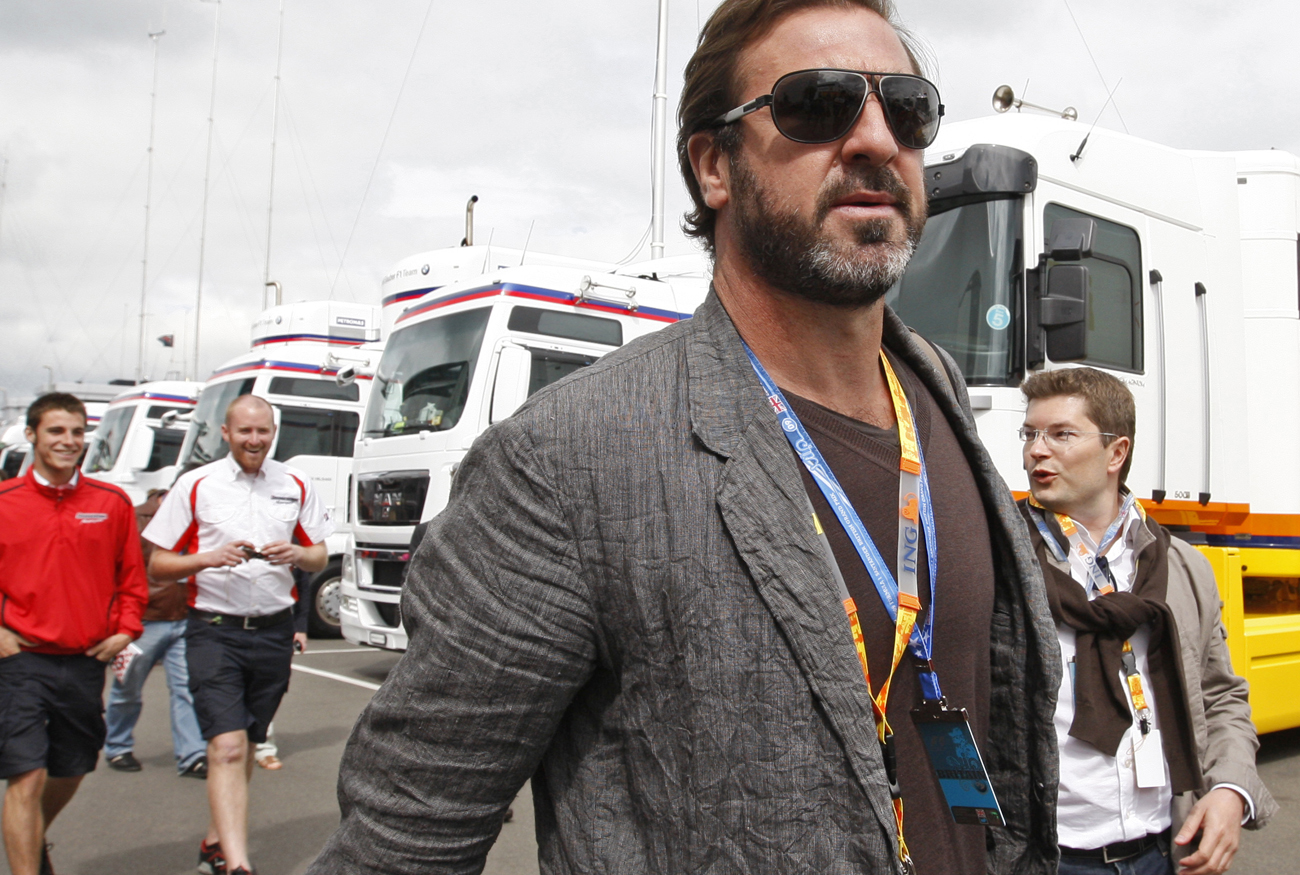 Eric Cantona, the most Gallic of Gallic footballers, has been sorely missed by the faithful. On Wednesday New York Cosmos finally brought him back into the fold, appointing him as director of soccer. Since hanging up his boots in 1997 there have been many pretenders, but true fans will know there will only ever be one King Cantona. By SIPHO HLONGWANE.

If you have no idea who Eric Cantona is (the horror, the horror), hurry over to the New York Cosmos website. The introductory video clip doesn’t even begin to relate Cantona’s exploits, but it’s a good introduction to the man himself. A ball first appears, in the hands of a man who is ensconced in a deep leather chair. We are only given a moment to appreciate his well-tailored suit as the camera pans up to his smoke-swathed head, which emerges slowly from the dark. It is Cantona. He removes a cigar from his mouth and growls, “We’re back”.

Indeed. William the Conqueror of football is back. He won’t be trotting out on the field for NY Cosmos though. He is the club’s newly appointed director of soccer (forgive the Yanks, for them “football”, has to do with gridiron it seems), charged with the task of recruiting new footballers for the club. Once the flagship club of the old North American Soccer League, boasting among its players the great Pelé and Franz Beckenbauer, (and Jomo Sono aka “Cosmos”), the club folded in 1985 when the NASL was dissolved. English businessman Paul Kemsley has now bought the name from its owners and intends to compete in the new Major League Soccer as soon as possible. Kemsley means business too – he appointed Pelé as honorary club president, and now has Cantona as his director of soccer. As coups go, this is a huge one.

There is something deeply sad about the adulation that is apportioned to pretenders like Wayne Rooney, Christiano Ronaldo and Nani – empty avatars of football’s supremely confident, intemperate, hyper-intelligent über-male. Cantona could actually match his outsized ego with outstanding performances on and off the field. Consider his record for France. In 45 appearances, he clocked up 20 goals and contributed to dozens more. For Manchester United, he made 185 appearances and scored 82 times, and crucially set up his teammates to net hundreds more. He was the King who made the Manchester United the super-club it is today. It just seems wrong that some fans, who obviously never saw Cantona play, would drool over the Rooneys and Nanis of today’s football world. But not that King Cantona gives a damn.

And Cantona has never cared what anyone thinks of him. His famously combustible Gallic temperament got him into trouble time and again in his all-too-short career as a player. Born on 24 May 1966 in Auxerre, of Spanish and Sardinian immigrants, Cantona showed early prowess in football and made his professional debut as a forward player for Auxerre in 1983. After a stint in the army, and on loan to the second division, he returned to the side in 1986. The following year, he was fined heavily after stamping his authority by punching teammate goalkeeper Bruno Martini in the eye after a bit of what-for.

Cantona’s fighting career in France, broken intermittently by bouts of football, finally ended when he appeared before a French Football Federation disciplinary hearing in December 1991 for throwing a ball at a referee (by this stage, he was playing for Marseille). The disciplinary committee suspended him for one month, and Cantona responded by calmly letting the committee know in detail exactly what he thought of them. He resigned from French professional football a few days later in disgust. Keen to salvage his career, the French football coach Michel Platini encouraged Cantona to begin anew in the more rugged English league. He agreed, and signed with Yorkshire side Leeds United in early 1992.

His stay at Leeds was victorious and very short. Leeds won the English league that year, but in the winter of 1992 Cantona moved to Manchester United for £1.2 million. Old Trafford would never be the same again. He had been brought over to the Red Devils to help salvage their rotten 1992-1993 season, became instrumental in returning Man United to its glory after the calamitous Munich air crash of 1958, and a subsequent rocky three decades of half-starts and poor finishes. Having won the league with Leeds in 1992, Cantona went on to win it again with Manchester United in 1993, thereby sealing his place in Premiership folklore as the only player to date to win the league back-to-back with two different clubs. He was given the number seven jersey, formerly of George Best fame, and subsequently of David Beckham and Christiano Ronaldo shame.

Thus began what was to be the decade of Manchester United, with Cantona playing a leading role through much of the 90s both for his abilities as a footballer and his not-infrequent flare-ups. He stalked the field as Wellington might have at Waterloo, collar-upturned and upper lip ready to curl into a sneer at the slightest provocation. However, It was his tactical superiority and uncanny ability to turn a game with a timely goal or pass that turned him into a legend. Old Trafford would reverberate with calls of “ooh aah Cantona” when the King was playing. At times, it seemed as if Man United relied too heavily on the talismanic Gaul to win games, as proven by the team’s torrid performance in the 95 seasons when he spent, ahem, extended periods on the sidelines for his robust behaviour. Jim White, in his seminal work “Manchester United: The Biography”, recounts United manager Alex Ferguson’s reaction when asked what he missed most when Cantona was sidelined. The Gaffer replied simply, “His goals”.

His most infamous moment came during a game against Crystal Palace on 25 July 1995, when he was sent off after tripping a Palace defender who had been tugging at his shirt. As he stood there, wondering why he’d been given a red card, he became enraged by the taunting of Palace fan Matthew Simmons, and decided to calm his nerves down by launching a kung-fu kick, neatly followed by a battery of punches. In full view of the cameras, of course. The avalanche of condemnation that followed seemed sure to sink Cantona’s career (at least in England) forever. But that would have been an unfitting end to King Cantona’s reign. He shrugged off the £30,000 fine and eight-month ban. He simply didn’t give a damn.
In the following season, and after his return to football amid much fanfare, he was handed the coveted captain’s armband after Steve Bruce left for Birmingham City. His French international career, already on the rocks following a string of disagreements with the coaches, ended in 1996 when he was replaced, most fittingly, by a man who would become a football legend in his own right, the headbutter-in-chief, Zinedine Zidane. In 1997   Cantona suddenly announced his retirement from football, to the shock of not only Manchester United, but the entire world of football. He was only 30 years old. But dictating the terms of his exit was the Cantona way.

Since retiring from football, he’s dabbled in acting and coached beach football, but we always knew where the great man’s heart lay. It was just a matter of when he’d return to football.

His new role at NY Cosmos means whatever team is built will be steeped in the Cantona philosophy. He may even decide to manage it himself, though that may be too boring a job for a man of his stature. Which is not to say he’ll never manage a Premiership side. His former boss and mentor Sir Alex is getting old. Who knows who might replace him? As Jim White quipped in his book, “Imagine Cantona as the manager of Manchester United. It would be the final act of madness.” Ah, yes, please! DM