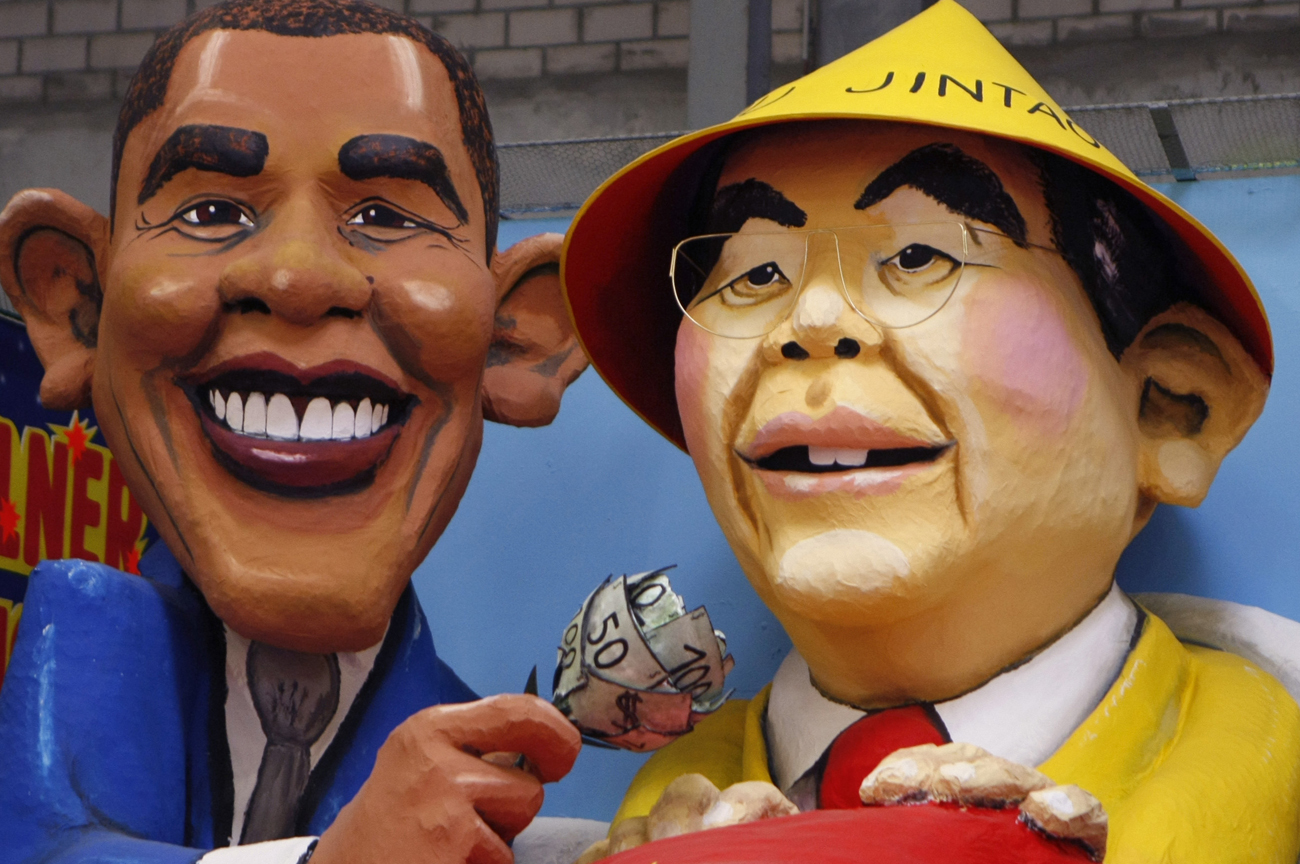 The eastern and western halves of the US became “tied” together thanks to the railroads. And the railroads were stitched across the continent thanks in large part to thousands of Chinese labourers, among others. Now China’s President Hu Jintao is officially visiting that country to forge new ties – and gain critically important respect. By J BROOKS SPECTOR

A hundred-and-fifty years ago, thousands of poor Chinese labourers helped build America’s first transcontinental railroad linking California to the rest of the nation. They came to what the Chinese called “The Gold Mountain” to seek their fortunes in place of grinding poverty back home. Often, their work included the task of pouring the dangerously volatile nitroglycerin explosive into drilled holes in rocks so construction gangs could blast the way forward for the railroad track bed. Nitroglycerin was exquisitely unstable, but crucial for blasting and Alfred Nobel’s patented dynamite was still decades in the future. This week, Chinese President Hu Jintao began his own trip to The Gold Mountain – but he’s seeking respect rather than fortune.

The Chinese president will have four days in America, including two days in the Chicago area, a small private supper with Barack Obama and one of those glittering, full court pull-out-all-the-stops state dinners in the White House. This kind of honour has eluded Chinese rulers for 13 years in various official trips to The Gold Mountain.

Beyond the official meals, Hu will also spend time in the heartland around Chicago, away from Washington, with businesses and business leaders. Stops will include a visit to a clean energy project as well as time with a Chinese language class at one of those Confucius Institute cultural centres springing up like mushrooms all across America. There are now about 600 such institutes in the US, many on college and university campuses. These Confucius Institutes are an important part of the growing Chinese recognition of the importance of what scholar Joseph Nye called “soft power” matching China’s growing economic power and its military heft.

In scene-setter meetings with reporters in the weeks and days leading up to Hu’s visit, senior Obama administration officials like secretary of state Hillary Clinton, defence secretary Robert Gates and treasury secretary Tim Geithner have been at pains to stake out US government hopes for what could come from a closer, less awkward relationship with China. Prominent among these would be a freely floating Chinese currency that can rise in value to make American exports to China less costly (contributing somewhat to the US economic recovery and a decrease in unemployment) and also making Chinese exports less likely to undercut those of American manufacturers.

Similarly, American strategists are peering at the horizon anxiously looking for a less broad–shouldered, less boisterous, less swaggering Chinese military presence along the East Asian littoral, and in the South China Sea and the Eastern Pacific, as well as at new Chinese armaments like stealth aircraft and anti-aircraft carrier weapons. Along the way, too, American officials are plumping for a greater Chinese willingness to embrace what they have defined as a fuller commitment to measures to deal with climate change, as well as “the universal values” inherent in the protection of human rights rather than the imprisonment of Nobel Peace Prize winners, for example.

Finally, American officials have explained they look forward to gaining a more sustained, engaged, visible effort by China in dealing with North Korea and Iran, especially around the development of nuclear weapons, weapons testing or the refinement of weapons-grade fissile material.

In contrast to Obama’s visit to China a while back when he took criticism for what Americans perceived as a tone too deferential towards China, exemplified by his deep bow when he met Hu Jintao, this time his administration has been at pains to set out a score-card of concrete targets. The problem with such posturing, of course, is that in the absence of any real and immediate successes, the Obama administration may end up being accused of a state visit that is all talk and little substance.

And what do the Chinese want out of this pomp and ceremony? Of course, the unofficial but close US relationship with Taiwan is always on their agenda, seeking attention like a small, but very irritating pebble in a tight–fitting shoe. And, yes, they are looking for more international business opportunities – most especially for key technologies now subject to a variety of export restrictions. Similarly, they are looking for signs America’s economic recovery is on the way. As much as the economic malaise is a problem for America and its politicians, it also hurts an export-driven economy like China’s that is dependent on American consumer spending.

Moreover, 2010 was the year the Chinese took unexpected hits from their neighbours over the Middle Kingdom’s increasingly visible military profile in the region. The Chinese also took shots more broadly from around the world because of their defensiveness following dissident Liu Xiaobo’s Nobel Peace Prize as well as from the squabble over China’s Internet restrictions – most especially the imbroglio over Google’s links for its users.

But, most of all, for China, this visit is all about R-E-S-P-E-C-T. Hu Jintao has two more years as China’s leader before his second five-year tenure in office comes to an end. China specialists and policy analysts seem agreed that Hu is determined to set a course for China’s new-style relationship with the US during his final years in office, and this state visit represents the right moment to make this happen.

Before departing from Beijing, Hu told foreign reporters he was looking forward to this trip ushering in a new period of bilateral harmony, saying, “We should act in the fundamental interests of our two peoples and uphold the overall interests of world peace and development. We should rise up to challenges, remove disturbances, work for shared goals and promote continuous growth of our relations.

“First, we should increase dialogue and contact and enhance strategic mutual trust. Second, we should abandon the zero-sum Cold War mentality, view each other’s development in an objective and sensible way, respect each other’s choice of development path, and pursue common development through win-win cooperation.”

Some may find in this the faint echoes of a call by another ruler at another time for a “place in the sun” – from the new, assertive power of Wilhelmine Germany in its challenges to an old, established Victorian, then Edwardian, Britain. Others may find in Hu’s comments the beginnings of a slow turn by China towards an embrace of American ideas about the structure of a global society.

Although it may be too early to predict the results of the visit, one thing is clear: Politicians, diplomats and analysts around the world will be poring over the statements, the agreements (or the lack of them) – as well as the two men’s body language – as Barack Obama metaphorically says “Howzit, my China” to Hu Jintao at dinner on Wednesday night. DM