Comcast NBC Universal: what is the behemoth good for?

Comcast NBC Universal: what is the behemoth good for? 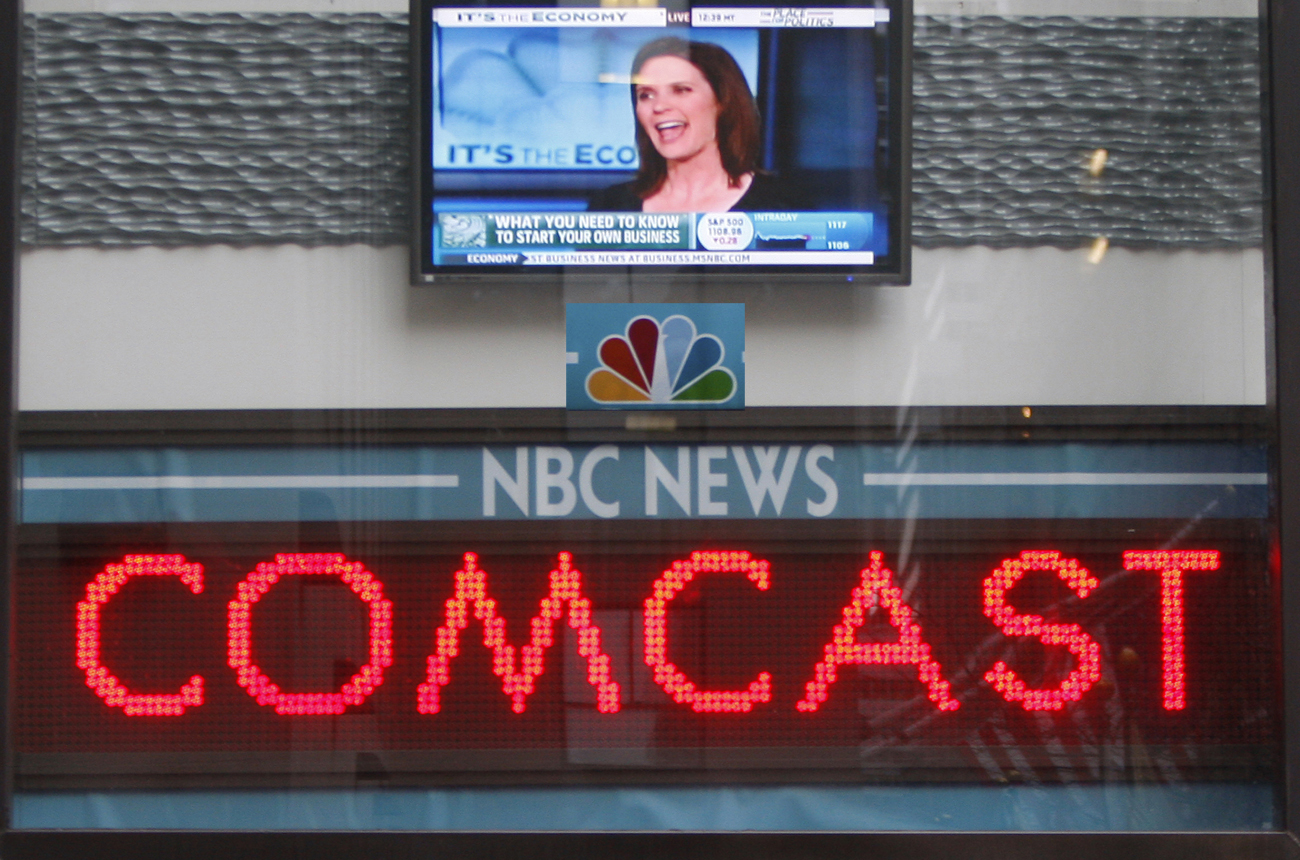 The last time a wedding of this size happened between a content and connectivity company, the result was AOL-Time Warner. Remember how well that went? Maybe the FCC doesn’t, because they’ve just approved a merger between Comcast and NBC Universal, and the brand-new media company will rival Disney for the title of world’s largest. By KEVIN BLOOM.

In late September 2009, news of a deal that would create one of the world’s largest media powerhouses broke in the US press. The players, reports revealed, were NBC Universal and Comcast, and immediately the rest of the sector started to get nervous. For starters, an agreement between these two giants would reshape America’s entertainment industry, giving its largest cable operator a huge portfolio of new content and an almost unassailable competitive advantage. Media executives remembered that Brian Roberts, the CEO of Comcast, had failed in 2004 with a hostile takeover bid for the Walt Disney Company, a deal that would have achieved the same ends. No surprise, then, that soon after the story leaked, General Electric, the owners of NBC, signed a “standstill agreement” with Comcast, which effectively blocked other conglomerates from making a bid. Aside from Disney, Time Warner and Rupert Murdoch’s News Corporation had also been in talks with the operator.

As far as consumers were concerned, the big question in September 2009 was also the obvious question: would the Federal Communications Commission (FCC) approve the deal? “On Capitol Hill,” the New York Times reported, “a number of lawmakers said they would hold hearings to examine the deal in detail. Herb Kohl, Democrat of Wisconsin and the chairman of the Senate Antitrust, Competition Policy and Consumer Rights Subcommittee, said he would convene a hearing about the deal ‘so that consumers can get a better sense of how this deal could affect their access to diverse programming and information, especially as they more often look to the Internet for such services.’”

The point about the Internet, although insipidly made, was a key one. If Comcast, not only a giant cable operator but also a major web-access provider, became aligned to a major content provider, how would that affect the shape of the open Internet? When the deal was concluded in December 2009, with Comcast owning 51 percent and NBC 49 percent, at a purchase price valuing the latter at $30 billion, the above issue started to look a lot more urgent. On 18 January 2011, when the FCC finally approved the deal, it got more urgent by half.

The merger, it turns out, was approved by a majority of four FCC commissioners to one. The lone dissenter, Michael J Copps, who had said in a statement in 2009 that “the lodestar for this review must be the public interest,” appeared  mortified by the decision. “This confers too much power in one company’s hands,” he commented. “The Comcast-NBCU joint venture opens the door to the cable-isation of the open Internet. The potential for walled gardens, toll booths, content prioritisation, access fees to reach end users, and a stake in the heart of independent content production is now very real.”

Of course, the four “yay” voters are no doubt satisfied they’ve made the right decision. For the next seven years, the new and improved Comcast will have to abide by the following conditions: access to Comcast-NBCU programming for other distributors; access to Comcast distribution for other programming; the addition of ten new independent channels; expansion of Spanish-language and children’s programming; maintenance of the current level of news and information programming; and the provision of high-speed web access to 2.5 million lower-income households at a cost of no more than $10 a month.

As The Economist points out, little is said in the FCC’s ruling about the manner in which disputes over payment for TV content between Comcast and competitor media companies are to be sorted out – such disputes, it’s acknowledged, have become increasingly bitter in the last few years, with a number of channels simply disappearing from bouquets as a result of failed negotiations. But a lot more is said about the Internet. Aside from the abovementioned “poor household” clause, the FCC is intent on protecting what it calls the “emerging online-video marketplace”. If any of Comcast’s competitors negotiates a deal to sell programming to an online-video service, Comcast must make a deal too.

Which sounds pretty reasonable, until you consider just who those online-video services are. “After all, they only include Google (market capitalisation: $200 billion) and Apple ($310 billion, even with Steve Jobs on medical leave),” The Economist observes. “And Mr Jobs is merely the largest individual shareholder in Disney. Indeed, he comes out of the deal rather well. If he can persuade Disney to distribute programmes through Apple, which has been easy in the past and ought to be just as easy in future, the FCC virtually guarantees him access to the combined content of Comcast and NBC Universal.”

So do consumers ultimately come out of the deal winning, or is it the big media bosses that are left smiling again? The new media company, which combines broadcast and cable channels, the US’s largest cable service, local TV stations, and a film studio, now rivals Disney for the title of the world’s most humongous media conglomerate. In historical terms, the concentration of media power in fewer and fewer hands (a trend that has continued apace since the early 1980s) almost never results in greater choice for consumers (who, in more innocent days, were called “the public”). Witness Ricky Gervais’s astutely sad and hilarious remark, as quoted in an article on this website on Monday: “Twenty-two channels. Except, I watched hours on end the History Channel and the Discovery Channel just back and forth, like six hours. Ask me anything about sharks and Nazis…”

Also, as to the feelings of Comcast shareholders regarding the deal, they might want to consider the last time content and connectivity came together in a marriage of such gigantic proportions: the company’s name was AOL-Time Warner. DM

Read more: “Comcast-NBC Deal Wins Federal Approval,” in NYTimes, “G.E. Makes It Official: NBC Will Go to Comcast,” in NYTimes, “Big bad media, poor little internet,” in The Economist, “Comcast and NBC: Did the Feds fold?,” in the Washington Post.

Photo: The news ticker outside the Today Show announces GE’s sale of NBC to Comcast, in New York, December 3, 2009. General Electric Co’s sale of a majority stake in its NBC Universal media arm to Comcast Corp marks a big step forward in what could be a time of significant restructuring at both US media space and the largest U.S. conglomerate. REUTERS/Chip East