Stiglitz tells SA to sort out its currency, invest in b...

Stiglitz tells SA to sort out its currency, invest in business of environment 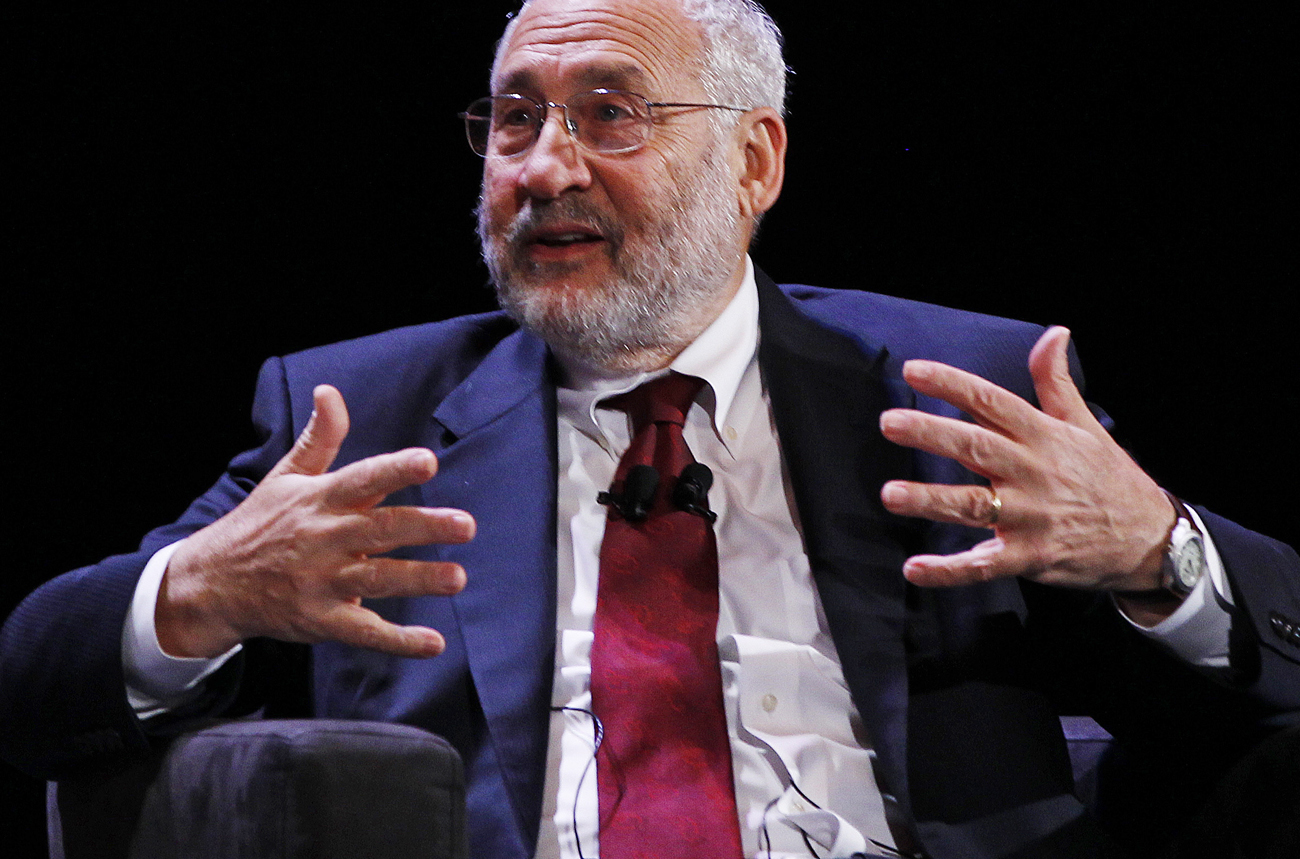 Whenever and wherever the global economic rockstar Joseph Stiglitz talks, people listen. And when this eminent member of Ebrahim Patel's advisory panel held a public lecture in Pretoria on Monday, many were looking for clues to what will be next for South Africa. By STEPHEN GROOTES.

In any political debate it always helps if some kind of superhero jumps in, preferably in a dashing suit, says everything’s alright and then flies away again. In this case it’s been Joseph Stigliz telling everyone our economy could jump over tall buildings in a single bound, if we just managed our currency properly. To listen to him, we’d create jobs faster than a speeding locomotive if only we’d engage in the “race to the bottom” that some say is this latest round of international competitive currency devaluation.

Joseph Stiglitz doesn’t get calls from President Barack Obama that often lately, but doubt him or not, he is a man of impeccable pedigree. You don’t get to the top of the economic tree (Nobel prize, chief economist at the World Bank etc.) by being stupid or under-qualified. He’s one of those Americans who’s really travelled well, taken in what the world is, seen it all, spoken to those who really matter. And at the same time, he gets the other side. In short, he has a brain, and he has heart. It makes him a very well-rounded, articulate, brainy human being. And it is a pleasure to watch him speak.

His comments are going to be lapped up by the unions and the manufacturing sector. For the record, on this subject he spoke first about Chile, about how a government that was ideologically opposed to intervening in its currency had thrust that ideology aside and intervened. It was a simple choice, kill the economy and jobs, or manage the currency. Then came the full quote:

I think it’s imperative that one manages your exchange rate to keep it competitive and stable. If we’ve learnt anything from the recent trouble, it’s that markets are not stable and self-correcting.”

Never mind how that could be interpreted, all our politicians are going to hear is “devalue the rand”. The exception of course will be our finance minister Pravin Gordhan. He seems to agree that there is a race to the bottom, and there lurks no value whatsoever. That being said, no doubt this argument has some way to run yet.

While that was the political headline, as the result of a question from Business Day editor Peter Bruce, the main body of Stiglitz’s speech was about climate change. It was what he had planned to speak on. And it is a fascinating stuff for an economist’s look.

For a start, Stiglitz believes trade sanctions will have to be a part of any global agreement aimed at stopping climate change. In other words, if someone refuses to lower their carbon dioxide emissions, people will refuse to trade with them. Of course, how many people could put sanctions on the US or China is a question that hasn’t quite been answered yet. In fact, if you think how quickly sanctions are slapped on the Ivory Coast while nothing seems to happen to Vladimir Putin, you realise how important the issue of relative strength is in global politics, no matter the subject. However, the threat of sanctions did work when it came to banning CFCs that previously almost destroyed the ozone layer; Stiglitz is perhaps hoping they’d work in this fight too.

Then there’s the way this international debate is going. For Stiglitz, a global limit on emissions per person  is possible by 2050. That’s not that long away nowadays. And he reckons this means the average American will be able to reduce the carbon dioxide emissions by 80% of the current level. That’s a big change.

But fear not, because, in his view, mankind has had incredible success in making labour-saving devices (which pretty much covers every invention, ever). Thus, if we “put the same ingenuity to saving resources we will have success, and will maintain our standard of living”. Or to paraphrase, at some point bright spark will finally develop that kick-arse solar panel and we’ll all be okay.

Quite frankly, it is easy to agree with him. Humans are clever and adaptable. It is also conceivable that what’s really missing is the proper economic structure. He says that to make anything today, or run anything, the carbon emission is free. If you change that, you create an incentive to stop emitting, along with demand to get people innovating.

Stiglitz also believes the current global crisis and the fight against climate change are complementary. In short, the world economy is not moving, because of low global aggregate demand. People in the rich world aren’t buying stuff. But if the Copenhagen climate talks had worked out, people would have had to buy stuff to “retrofit the old economy”. So there would have been more demand, and more jobs would have been created as people started to innovate, and thus have products to sell. Unfortunately, that’s not how things worked out in real life.

But it doesn’t mean it won’t be like that in the end. The climate change issue (whether you believe in it or not) is not going to go away. There are real changes happening in our climate, man-made or not. And we are probably going to have to adapt as a species (although not in a Kevin Costner/Waterworld way) to deal with it. The easiest thing to do is to think hard and come up with clever stuff to maintain our standard of living, but change the way we do it. Besides, who wants to drive when you could be reading this on the train on your mobile device anyway – that type of thing.

Which all brings us to the obvious question: What does all this environment-as-business talk mean for the good old SA? Well, the ANC’s lekgotla, pretty much at the same time as Stiglitz was talking, has published the statement on how to create 5 million new jobs in the next 10 years. The ruling party’s leaders believe that in biofuels, solar and wind energy manufacturing sectors as many as 300,000 jobs will be created by 2020 (and 100,000 more by 2030) The intent and commitment may be obvious, but the reality and results remain to be seen. DM