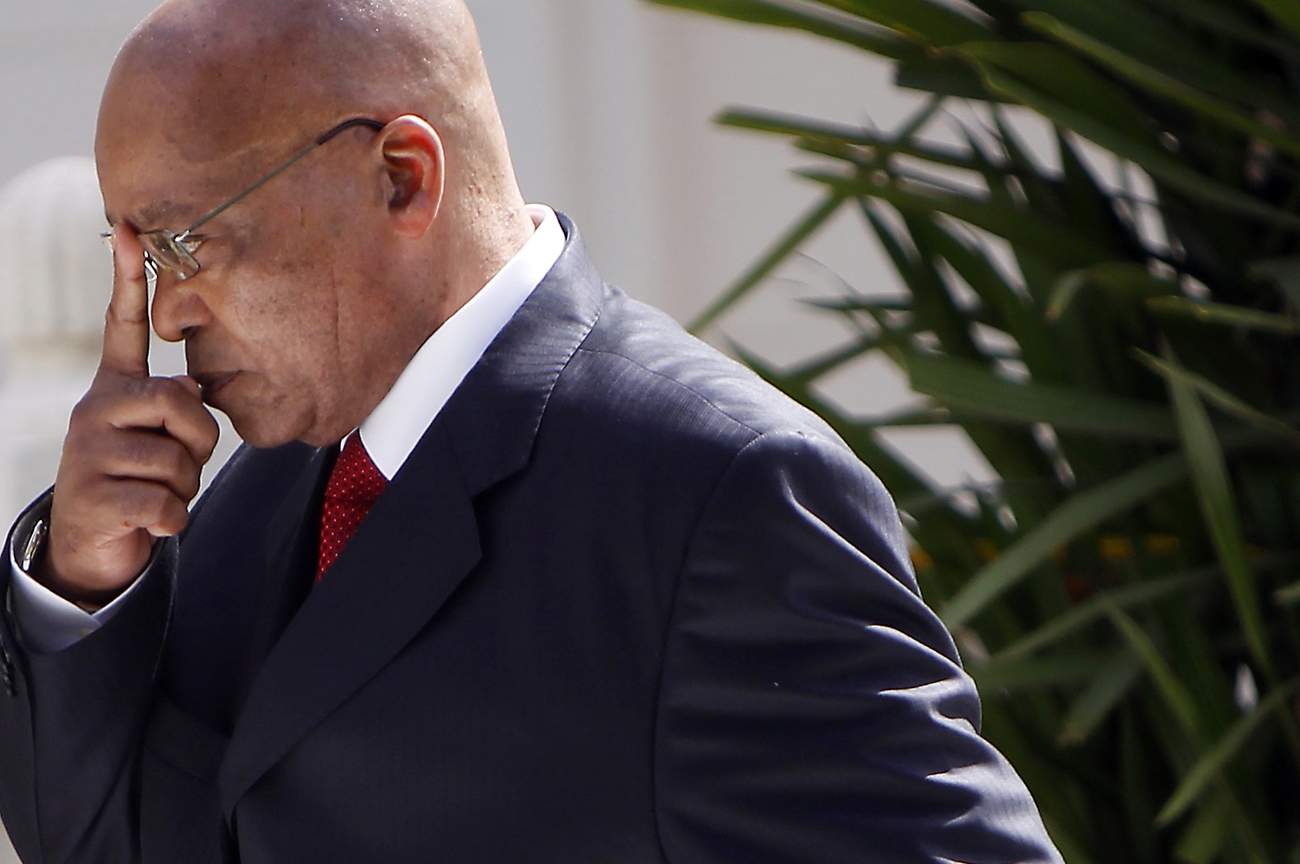 It’s Lekgotla Season for our political types. Last week was the ANC NEC’s time, this week it’s the turn of cabinet. And later they’ll be joined by the premiers and directors-general. Officially it’s about setting the year’s agenda. But, as we know, the best-laid plans of presidents and parties have a bad habit of being just that - plans. So why should we care this time? Because South Africa's economic direction is about to change. By STEPHEN GROOTES.

There is a certain rhythm to our political year. And, like the days of busy people, the earlier in the year or day the event, the more likely it is to be on time. So in this case, there’s the traditional made-for-the-media event of the ANC’s January 8th Statement. Then there’s “the closed-doors, go away, we’ll tell you when we’re ready” of the national executive committee’s lekgotla, followed by the “we’ll have it in a nice secure place thank you” of the cabinet’s lekgotla. All of this is supposed to allow policy ideas to flow from the ANC  to cabinet  and into the State of the Nation Address. And then it’s supposed to become government policy.

However, what’s tended to happen over the years is that the State of the Nation is just a wish-list of promises that never really seem to happen. And if that’s the SONA, then you can imagine how much fantasy is contained in the January 8th Statement. It has been a consistent failing of our government since 1994 (well, probably longer than that actually) that great ideas don’t become proper policy, and that implementation is a complete disaster.

But this time it feels different: The rhythm is stronger, more urgent.

There is a clear wave of sentiment within the upper echelons of the ANC at the moment that seems to be pushing for real economic change. The person leading this charge, publicly at least, is the President himself. He’s the one who’s gone out (even if technically he was only reading an NEC statement on 8 January) to say that 2011 “will be the year of meaningful structural change to create jobs”. This is something he feels strongly about. And there’s some evidence to say the other crises are being dealt with now. The battle against Aids has gained some serious momentum, while the fight against crime at least has a strong sheriff (with at least two pistols, always ready) to run it.

There is a difference from the days of “continuity with a change of emphasis” that was the summation of policy during the early days of the Zuma administration. He was careful not to rock any boats or any Mbeki allies that were still in cabinet.

However, Zuma is stronger now than at any point since 2007. There is no longer any need to pacify the Mbeki-ites (if any still wield any power) and he’s really managed to stamp his authority on the party over the last few months. At the same time, and we don’t know if he’s thought this far though surely someone must have, international markets are in the kind of place where we’d quite like to stop the flow of money into South Africa, thank you very much. The rand’s more than strong enough as it is.

All of this is forming perhaps a perfect storm for Zuma and the people who think like him in the ANC to start to make some real change. The Left, including Cosatu, will shout and scream that Ebrahim Patel’s “New Growth Path” doesn’t go far enough, but they’ll go along with it because it is at last real structural leftward change. The SACP will more than likely follow their example. Much of the support for Zuma before Polokwane was to do with anger at Mbeki and Trevor Manuel’s Gear project, and, in case you forgot, Mbeki lost. This means there’s likely to be very little opposition within the ANC to Zuma’s plans. Pravin Gordhan and Manuel himself may raise a few objections, may point out a few possible problems, but they can’t count themselves among the majority of the ANC at the moment.

For years the State of the Nation Address was just a vague signpost to the future rather than a map of concrete plans. It’s been something that may/perhaps/might/if we think about it/have the political will/haven’t been recalled/if the minister who I won’t fire actually cares a fig for… happen. That potent mix of a lack of real political will and incompetence has sealed it for many grand projects. But this time could be different. Zuma is beginning to show real political will. The people in charge of the projects are younger, not so tied to the past and not necessarily as cautious as their predecessors.

This means those who fervently believe in capitalism (like the people behind this website) will have to do some hard thinking. They need to pull out their arguments, they must dust off “Das Kapital” and point to its mistakes. The need to highlight numerous failures of other countries whose economies tanked after they swung to the left. Big business needs to get involved as well. It should stop reacting all the time and start making the news. We need set-piece speeches on how it’s the private sector that creates jobs. And when government announces plans to employ millions of people, business must point out it’s still paying those salaries through taxation.

This country, this economy, may be on the verge of big changes. It’s still too early to say it’ll go one way or another. But it’s important for all of us to be a part of the discussion. It’s not just up to cabinet and the ANC NEC to make decisions for us. We need to make sure our voices are heard and that we are heeded. It will take rational, reasoned, unemotional argument.

Because, if Zuma crosses his Rubicon, the future of this country will look radically different from the one many of us envisaged. DM