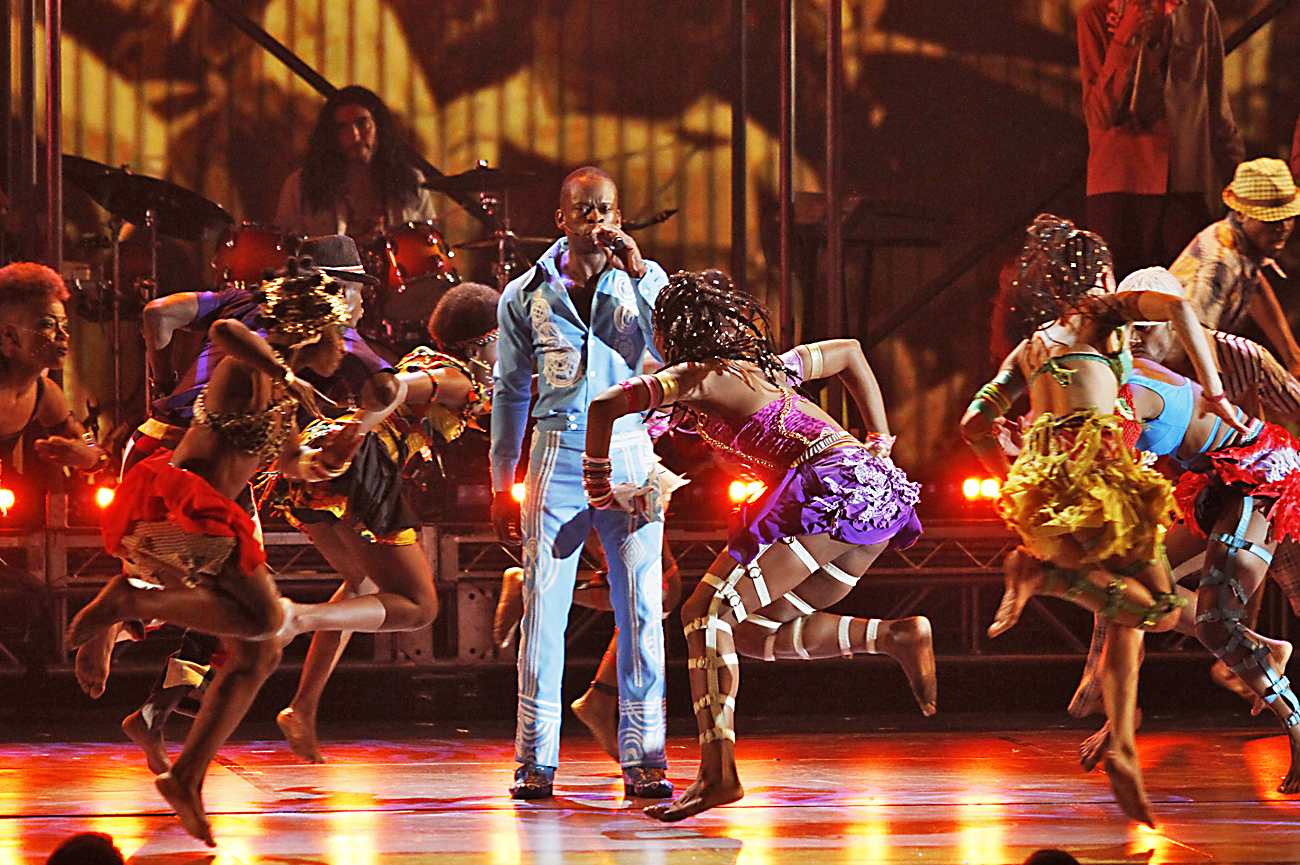 Okay, so it won’t be quite “live” with all the electrifying  ambience of a full stage musical, but when “Fela!” comes to local theatres, it’ll be a very close next-best-thing. NADIA NEOPHYTOU saw the silver-screen version of the live stage musical and was enthralled all over again.

During its 14-month run on Broadway, “Fela!” was one of the hottest tickets in New York.

It picked up 11 Tony Award nominations last year – including one for Best Musical – the most of any production in its season, and went on to win three, as well as a host of other acclaimed theatre honours. A boost of star-power producers in the form of Will Smith, his wife Jada Pinkett-Smith and Shawn Carter, a.k.a. Jay-Z, helped elevate the profile of the show about a legendary Nigerian musician and his musical style to that of a must-see event. Not bad for a musical its creators weren’t sure would translate to an American audience. Even better that it did so without a recognisable star name in the lead role.

When it started in 2008, the show was an Off-Broadway production that played to audiences of just less than 300. Those behind its creation were concerned that the majority of Americans were largely unaware of Kuti’s music and politics. But a move to the mainstream realm of the Broadway musical meant more Americans would soon come to know of this “Fela”, as the number of theatre seats increased by almost three-and-a-half times. That shift came courtesy of positive reviews, and The Roots drummer Ahmir Questlove Thompson, who saw the show early in its run, wrote on his blog, reportedly declaring it to be the “the best musical ever created.”

Now the show is being staged in London. A performance last night was recorded and shown live in cinemas in 20 countries across the world, including New York, for those who’ve been rapping themselves over the knuckles for missing it on stage. That performance will hit South African cinemas too – albeit delayed by a few weeks. On 4 February, Cinema Nouveaus in Cape Town, Joburg, Pretoria and Durban will allow South Africans to see just why this musical is in such demand.

Co-creator Bill T Jones says this production tells a part of Fela’s story. Indeed it leaves out his death as a result of an Aids-related illness. “There are many stories to be told about the legendary musician,” Jones said during the interval of last night’s performance, in a Q-and-A that formed part of the show. “And they should be told,” he added. But he feels “Fela!” is a good introduction to the man’s world, his music and his political beliefs. “There is much to be learnt about the first musician to incorporate funk into African music, and Pan-Africanism into popular music,” he says. “At the Shrine (Kuti’s club in Lagos), he used to have a tray and people would come in, smoke, dance, flirt, but they would also learn something.”

The production shows how Kuti became “conscientised”, at a young age through his mother and then later in life through the Black Panther movement. “He was a popstar who would get banged over the head (by the authorities),” says Jones. “He wasn’t just singing about protest, he was actually doing protest. He saw himself as a composer and a protestor.” It also shows the disturbing story behind his middle name of Anikulapo.

It’s a demanding character to play, and in the recorded performance, actor Sahr Ngaujah takes it on, as he did when the show started. He embodies Kuti in a role he seems destined to play. It makes even more sense when you find out Ngaujah’s father was an Afrobeat DJ from Sierra Leone and so the youngster learnt to sing by singing Kuti’s songs.

At first the thought of seeing “Fela!” on the big screen and not on stage might seem to be only half the experience. In some ways it is. But the energy – of both Ngaujah as Kuti and the rest of the cast as his band and dancers – jumps off the screen and into the audience. Those around me in the cinema were cheering and clapping along, chanting “yeah-yeah” when asked to. There are talks about taking the show to the rest of Europe and Africa too, but in the meantime, this is an opportunity to see a tribute to  one of the most treasured African musician-cum-politicians of our time.

Also, see it for Melody Marshall who plays Kuti’s mother, Funmilayo, and tell me you don’t think Sibongile Khumalo would be perfect for the part! DM

Get the SA details here.