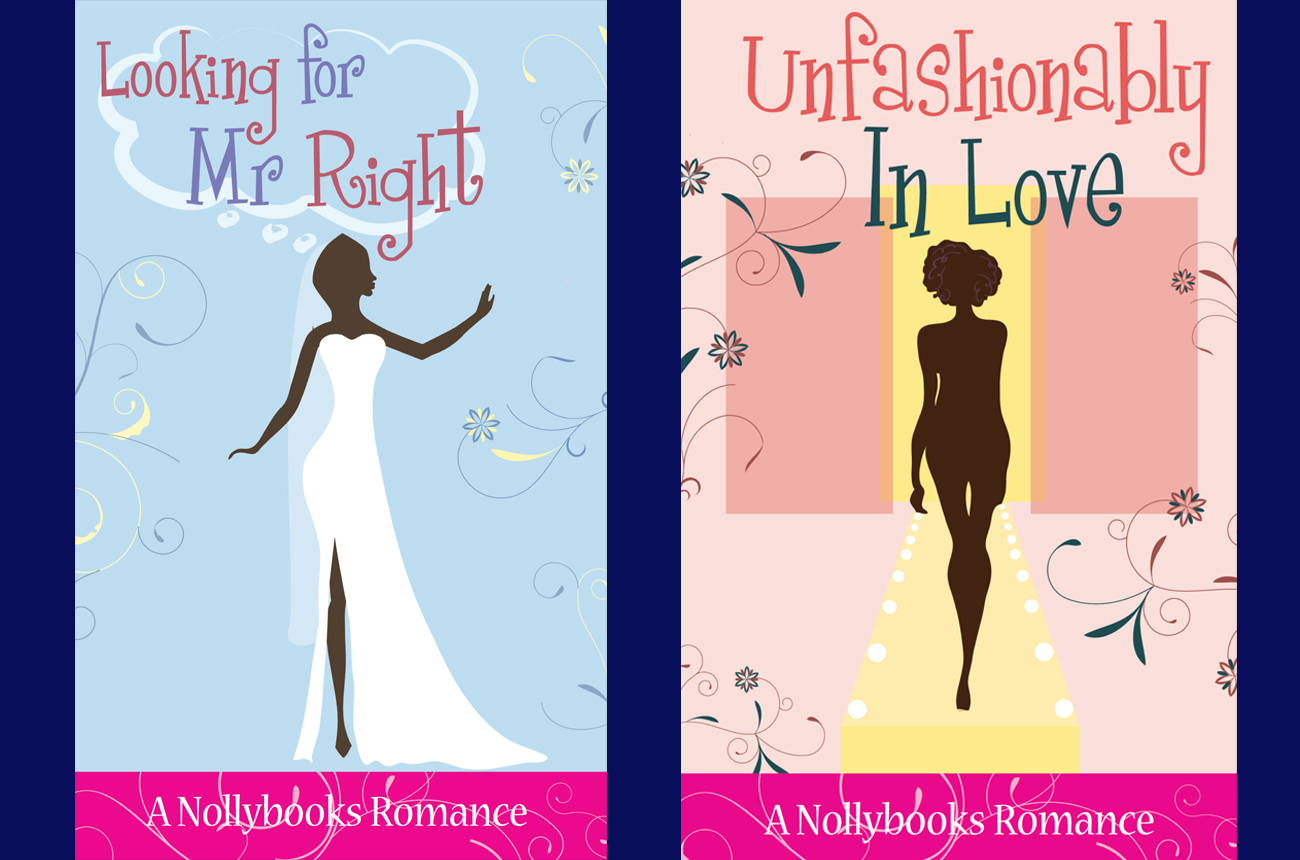 South Africa’s not exactly a reading nation and books that sell well here are predominantly written by UK and US authors who fashion heroes out of their own cultural milieu. That’s set to change with Moky Makura launching what she calls “Africa’s own Mills & Boon” - light, frothy love stories she hopes will get locals to fall in love with easy-reading literature. By MANDY DE WAAL.

It’s a novel about deception, difficult decisions, love and work. The story centres on Thuli Mabena, a journalist who is  fed up with doing lightweight writing assignments. At last she’s commissioned to go undercover and do an investigative piece on how wealthy local celebrities treat their employees. Thuli pretends to be a domestic worker to get a job with rich businessman Luasi Nkosi, but complications set in when she starts to fall in love with him and has to choose between getting her man or getting her scoop.

Not exactly the stuff of a Stieg Larsson novel and Thuli would frown at the perverse darkness that is Lisbeth Salander, the hero of Larsson’s multimillion publishing phenomenon. Thuli is the heroine of a Nollybooks novel which possibly has about as much intellectual depth as cappuccino froth. Nigerian-born South African actress, writer and publisher Moky Makura wouldn’t have it any other way. The stories featured in Makura’s Nollybooks are unashamedly light, frothy and entertaining, but she believes it’s perfect for her 16- to 24-year-old audience and that this content will get locals reading beyond the forced meal of literature they are compelled to consume at school.

“As Africans we are not telling our own stories and don’t have a local tradition of creating our own fictional heroes. Eighty percent of the books sold locally are from Britain or the US. They are written by international authors and the reason they do well is that people who read them are predominantly white middle-class women who have travelled and have been exposed to the locations featured in those books,” says Makura.

The former presenter for Carte Blanche Africa and star of “Jacob’s Cross” says books aren’t a big deal for locals simply because they are irrelevant and over-priced. “If you live in Soweto, you are hardly going to go into a bookstore because you won’t find anything that is relevant to you, and here I am specifically talking about my audience, 16 to 24 year olds.” Makura has a point, given there was huge excitement when Exclusive Books opened in Soweto’s Maponya Mall only to close a couple of years later because sales were abysmal. “If the content is not right, you could put a book store in my house and I still wouldn’t read the books. The problem is the content is not relevant nor is the pricing. Books in this country are way too expensive.”

The cost of books locally is a simple matter of supply and demand. In South Africa a book is considered a bestseller if it sells 5,000 copies. Books like “Spud”, which sell a couple of hundred thousand, are an absolute anomaly. But it’s paltry compared to bestselling books overseas. A case in point is Sarah Palin’s “Going Rogue”. The first memoir by the gaffe-worthy, Barbie-esque politician broke records, according to Nielsen BookScan. Three days after it launched it went into a second printing and subsequently achieved much more than 2 million in hardcover sales.

“Books are much more expensive in South Africa than their original markets, but they sell more books in those original markets. The reason why books are so expensive here is that the market is so small,” says Makura, who plans to cut the cost of her books with advertising, sponsorship and value coupons or reader offers. “Publishers seem to have gotten together and said there’s nothing they can do about the price of books. I am saying that you can tweak the model and look at other revenue models to bring the price down.” The likes of a Larsson or Khaled Hosseini might be appalled that their literary work is sponsored by advertising or that their work sits adjacent to vulgar commercial messages, but Makura says the authors of her books aren’t offended by advertising that gets them to their readers.

And what’s wrong with a little advertising for a market that loves reading magazines and will be introduced to books because they are more affordable? In Makura’s model, just as in the magazine model, the sale of the book isn’t the primary source of income. The advertising is what makes the money. The first slew of novels from the Nollybooks stable is chick lit. “The reason we chose to launch with chick lit is because the romance genre is the bestselling genre in the world.” Makura says Mills & Boon sell millions of books a year and she’s copying the formula of building a book brand rather than promoting authors. “With Mills & Boon you don’t need to remember any authors’ names, you just need to remember the brand. Because we know our audience doesn’t know about books what we’re saying is all you have to remember is one name and that’s Nollybooks. We want to build a trusted brand and want our readers to know each time they buy one of our books, they’ll be entertained regardless of who the author is.”

A British invention by Gerald Mills and Charles Boon, over the past 100 years the brand, which is the cliché for formulaic romance writing, has become an empire. Ten million Mills & Boon books are sold in the UK each year and the books are translated into 26 languages other than English and sold in 109 countries across the globe.

The big challenge for Makura’s Nollybooks is changing the association her market has with books. Literature for 16- to 24-year-old township urbanites is normally associated with schooling, curriculum and what must be read. It’s a matter of reading out of obligation rather than for pleasure. “We have to get them out of that state of mind and let them know that books are a form of entertainment. You can go on an entertaining journey with books,” says Makura.

About a 18 months of research was conducted on the content and formula for Nollybooks. “I didn’t want any surprises when we launched and the research showed us that people don’t want a specific genre of book, but rather wanted characters and locations they recognise. They want to see a reflection of their aspirations and their lives in the books they read.”

Nollybooks has a multi-tiered approach to distribution. The first deal the publishers struck was with Naspers’ Thought24 which publishes True Love magazine. The books were bundled with the magazines as part of a book club offering. Just before Christmas in 2010 the books were listed with CNA. Makura is also looking at more direct distribution models. “We are going into schools and places where young people hang out, and selling Nollybooks there. We are also pushing book clubs, as well as allowing young people to become agents and to make money by selling these books.”

It is too early to say whether advertisers will respond well to this model. Nollybooks only started selling in December 2010 in a depressed market that has literally seen magazine advertising under siege. “Magazines are folding and it is a tough market. We have gone after smaller budgets and social responsibility budgets. Nollybooks can’t compete with the likes of True Love magazine for advertising, so we have targeted developmental budgets and corporate social responsibility budgets.” Big brands have also been invited to sponsor books for education initiatives and schools with which they are involved.

Brands like Perfect Choice and Ponds are already supporters of the fledgling literary brand, which Makura says is a first for Africa and which she has no doubt will be successful. “Before The Sun launched, people said no one would buy the newspaper because black people don’t read. Today it is the highest-circulating newspaper in the country. There is this misperception that black people don’t do certain things and they don’t have money, but I am saying that is simply not true. It is just a matter of positioning, price and content. Black people are just like everybody else. They want to be entertained.”

A lot less Mills & Boon and a lot more “Sex In The City”, Nollybooks’ first run in book stores is doing well with one author’s title sold out. Let’s hope that as surely as Thuli Mabena gets her rich businessman, Nollybooks will be a success. No matter how much of a literary snob you are, you have to concur that anything that gets people reading is good even if it’s not written by a literary heavyweight. DM

Read more: Nollybooks website, Could Nollybooks become the African Mills & Boon? at Independent Online, Reinventing literacy with the bookazine at TimesLIVE, Sales of bodice-ripping e-books soar as women use digital readers to hide their romantic novels in the UK Daily Mail, and Hits, misses and sleepers of 2010 at BusinessWeek.