Analysis: A quieter year ahead for the ANC Youth League

Analysis: A quieter year ahead for the ANC Youth League 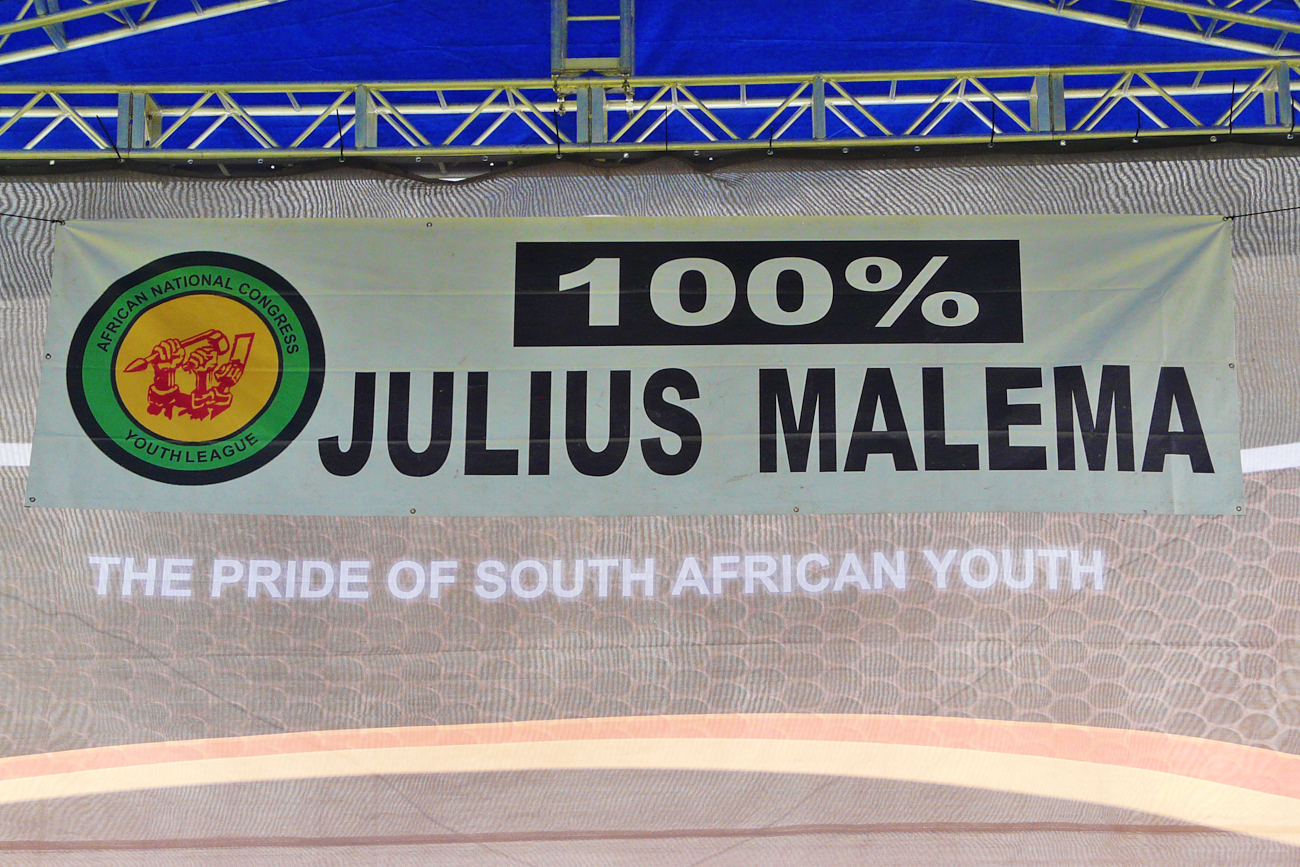 After the political defeats of 2010, this year will, in all likelihood, be spent by ANCYL president Julius Malema on lesser adventures. He’ll probably want to spend it focused inward at the league, what with his position up for election and all. But he remains king, for now, and will ruthlessly stamp out any dissent ahead of the league’s elective conference. By SIPHO HLONGWANE.

The past year was a funny one, wasn’t it? Like a naughty three year old who’s been into the sugar, the ups were particularly heady and the gloomy lows sometimes too deep. Julius Malema and the ANC Youth League were quite good at sinking the national mood, and their influence only seemed to grow stronger every day. Eventually the patience of the ANC leadership wore thin and Malema was brought crashing to earth with the threat of suspension from the party. After spending the better part of 2010 swearing that the nationalisation of mines would become policy at the party’s national general council, when the big Durban meeting came and went, he got diddly-squat. Well, he managed to get the ANC to say they would explore the issue, and let everyone know how they felt about it at the policy conference in 2012. He also tried to make ground on the issue of generational mix (really lobbying for Fikile Mbalula to get the secretary-general position), but a curmudgeonly Zuma and Mantashe, who could barely hide his umbrage, told him to sod off. The year did not turn out all that well for Malema, and by extension, the Youth League.

In 2011, Malema will be occupied with matters more immediate. The league has an elective conference coming up sometime soon and, barring a miracle (never ever discount the improbable with the ANC), Malema will want to run for re-election. He is smart enough to realise he doesn’t have the political muscle to make a bid for a higher position in the party proper; not just yet, at least. Besides, the ANC NEC is unlikely to want him in the big league either. There isn’t any room for him, plus they’ll want him to mellow out first. You know, grow up. At the time of writing, Malema was yet to formally announce that he’s running for re-election.

According to ANC Youth League spokesman Floyd Shivambu, congress dynamics will be announced after a lekgotla in February. However, every province has held its conference and all – aside from Gauteng (which hasn’t yet reported back) and the Western Cape (which is in complete disarray and won’t be holding a conference any time soon) – have supported Malema for re-election, Shivambu said.

This doesn’t mean opposition to Malema within the league doesn’t exist. The anti-Malema faction currently faces two problems: Its nemesis is simply too powerful to confront directly, and it doesn’t have a credible leader around whom to rally. Malema’s deputy Andile Lungisa tried last year, and got shot down spectacularly. Even more spectacular was the ruthless ousting of the dissenting ANCYL Limpopo provincial chairperson Lehlogonolo Masoga, who dared to openly challenge Malema. The working of the Malema steamroller will be too fresh in the minds of his lieutenants and provincial leaders for them to try anything. Malema’s re-election is pretty much guaranteed, short of an act of God.

Aubrey Matshiqi, a political analyst with the Centre for Policy Studies, said he didn’t anticipate a bid for a senior ANC position from Malema. “There is no need for him to rush into ANC leadership positions,” he said. “He has time on his side. If he wins in July, he can still challenge for two more terms [as Youth League president]. He will want to continue playing the power broker, because he is a very powerful power broker within the ANC as leader of the Youth League.”

Safe in the knowledge that he faces no credible threat in the upcoming elections, Malema will be able to continue lobbying the ANC on the issue of the nationalisation of mines. His first tactic of trying to generate enough momentum prior to the ANC’s national general council to make nationalisation party policy failed. But he did manage to extract a promise that the matter would be examined at length, and a report will be filed at the party’s policy conference in 2012, a minor victory which the league has tried to blow out of proportion (they’re really fooling nobody). Malema will grasp tightly onto this flimsy lifeline, and will, in all likelihood, spend the next two years telling everyone that it’s all part of the process of getting nationalisation of mines into party policy. He’ll harp on about it, as he did at the January 8 meeting in Polokwane.

It will all be in vain, according to Matshiqi. “I do not believe the ANC is anywhere near adopting nationalisation as party policy,” he said. “What we might see as an outcome of future conferences is a resolution calling for more state intervention in the economy, but certainly nothing like nationalisation.

It remains very likely that the nationalisation balloon will deflate long before then. No matter how the ANCYL spin the issue, they’ve suffered a major defeat by not getting it tabled as ANC policy. The timing was apparently right: The economic conservatives had been defeated at Polokwane and the left was resurgent. Getting the ANC to rubberstamp something that is in the organisation’s de facto constitution, the Freedom Charter, seemed straightforward enough. It had the correct overtures to win popular support. And yet they comprehensively failed to make it actual policy. It’s really poor form and speaks to the inability to accurately calculate one’s strengths and weaknesses.

Coupled with the threat of suspension dangling over Malema’s head (he is fine with attacking white males in general, but dare not say a word against ANC leaders), it’s likely we may see a very subdued Youth League in the coming year. Certainly quieter compared to the fuss they kicked up in 2010. DM