Analysis: A brutally simple and effective solution to S... 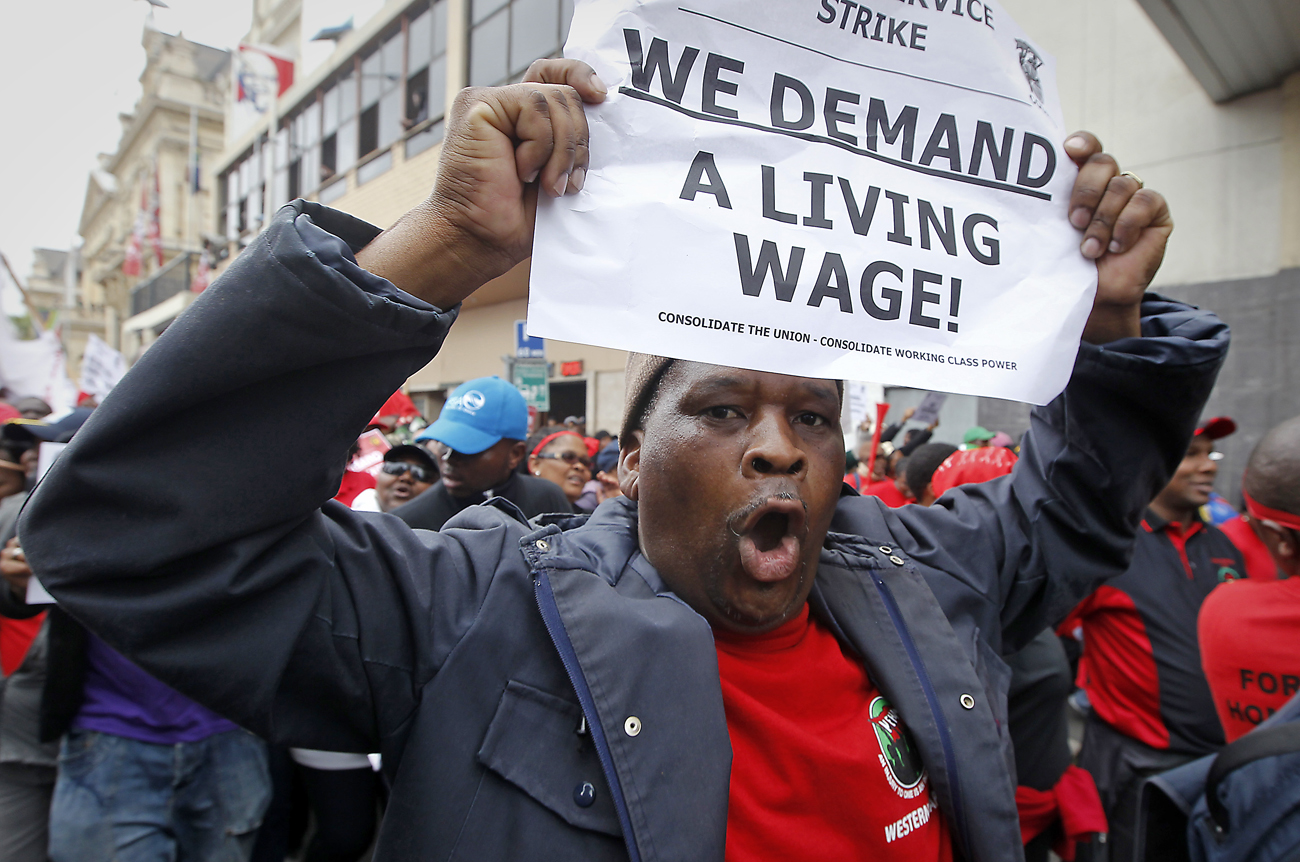 As we’ve said before this is the year the economy takes centre stage. It’s jobs, jobs, jobs. This week, starting on Wednesday, the ANC’s NEC meets to unpack the issue. While we doubt all 80 members read this proudly capitalist website, we thought we’d propose some real-life solutions. By STEPHEN GROOTES.

And while this is all largely thanks to pressure from Cosatu, there’s also an election to win, and job creation and unlocking the economy are simply the right things to do.

The aim of every economy should be to get as many businesses going as possible so they can create as much value as possible and as many jobs as possible. In short, we need to start a virtuous cycle where the unemployed get jobs, become consumers and so create more jobs.

In our view, to do this, business needs to be freed. Freed from just about everything except the legislation that protects people from being completely unreasonably treated. This applies to consumers and workers.

Our motto would be: The harder it is to fire, the less business will hire.

It’s that simple. Abolish the CCMA. If you get fired, tough. As the economy grows, it will be easier to get another job.

People who currently have jobs in the formal sector can keep their benefits and pensions and the legal rights they had when they were hired. But for people hired under our plan, work or get fired. It may sound harsh – that’s because it is harsh.

However, it also means if someone doesn’t fit into a niche in a company, they will be free to find a niche into which they fit properly. They will be forced to search actively for the position that best suits them, while the firm will be able to find the right person to fit that niche. It’s about accepting the hard economic reality that protecting people who don’t perform hurts everyone; employer and employee.

We concede this will possibly lead to huge abuses, people will be fired because of vendettas, some will find themselves working 20-hour days just to keep their jobs. But if you go into Tembisa, where we’ve been assailed by people literally begging for a job, any job, or past any council rubbish dump where grown men fight with each other to be the first to your car door, you have to ask which is worse – a bad job or no job at all. Ask them. We’re pretty sure they’d take anything.

Until now the ANC has focused on “decent work”. For most, “work” comes first, the “decent” bit can come later. In the current atmosphere of joblessness, “decent work” sounds way too wishy-washy, way too much the convenient political slogan. And in the clash between slogans and reality, guess which side will win?

The second part of our plan would involve getting rid of all government red tape. Affirmative action reports can go out the window, hell, why should you have to register a company? For what? So that you can be inspected? No ways, let’s start the whole thought process again. And let’s make everything secondary to creating jobs. All government should be able to do is ensure no one is forced to work in dangerous circumstances. Health and safety should still be monitored. But it should not cost the company anything; government should pay for it. And any regulatory burden placed on business must really justify itself. It’s time to put jobs before any other aims.

The ANC and Cosatu have been banging on for ages about creating jobs. But it has yet to be treated as the big national emergency it is. Let’s have one person in government responsible for creating jobs, someone with seniority, with no other responsibility. Then let business also have one person with the same responsibility. Say, a team of deputy president Kgalema Motlanthe and Bobby Godsell. They must live in each other’s pockets, be on TV all the time, be the faces and eyes and ears of the great national project. We should have daily updates on jobs created, in which sectors, the companies that do it should be visited and heroes made of their CEOs.

Their first priority would be a trip to Transnet to sort out its problems. The CEO of the Chamber of Mines, Bheki Sibiya says, “We can’t move coal quickly enough, and this reduces productivity and impacts on employment”. Transnet is just one bottleneck caused by a government mistake (some would, quite rightly, use far stronger language). Electricity is, another. In fact, the entire parastatal universe acts as a giant brake on the growth of SA’s economy.

The way to fix these fast is to simply depoliticise them. We would urge the NEC to fire the deployment committee. The ANC’s addictive habit of trying to circumvent the checks and balances in the Constitution by just appointing its own people to government jobs has brought down a plague on our entire house. Give it up! Get the best people, foreigners even, to run the companies. Get the knowledge and experience to supersede the cheap politics of power and money. All politics does is pollute the entire system anyway. It’s time the ANC put the interests of the country first.

All our suggestions are anathema to the unions. Cosatu members are probably reaching for a bucket right now. But we’re not saying it should be disbanded. No, not at all. And we think it’s only fair its members, who are currently employed, should remain in their current conditions. But people joining the workforce under our plan would be free to join unions or not. And we’ll see how it ends up. Quite frankly, we think many will opt for a job, but not join a union. The one lever a union would have is that its members could refuse to work for certain companies. It should be a fun shake out.

The Economist recently ran an excellent piece on the battle between public sector unions and governments in the rich world. The resonance with recent strikes is striking. Recently the South African Municipal Workers Union has been able to demand and get higher-than-inflation pay increases, which have put government in debt. While we are talking about people who are still poor by any measure (many are rubbish collectors), the fact is Samwu increases are preventing other people being employed. It’s that simple

As one goes through life, there is one lesson that, if learnt early, will make one’s path slightly smoother. It’s this. Life isn’t fair. And until we, the ANC, Cosatu and the entire alliance realise that, we are all going to suffer.

But don’t hold your breath. It ain’t gonna happen, we know. DM