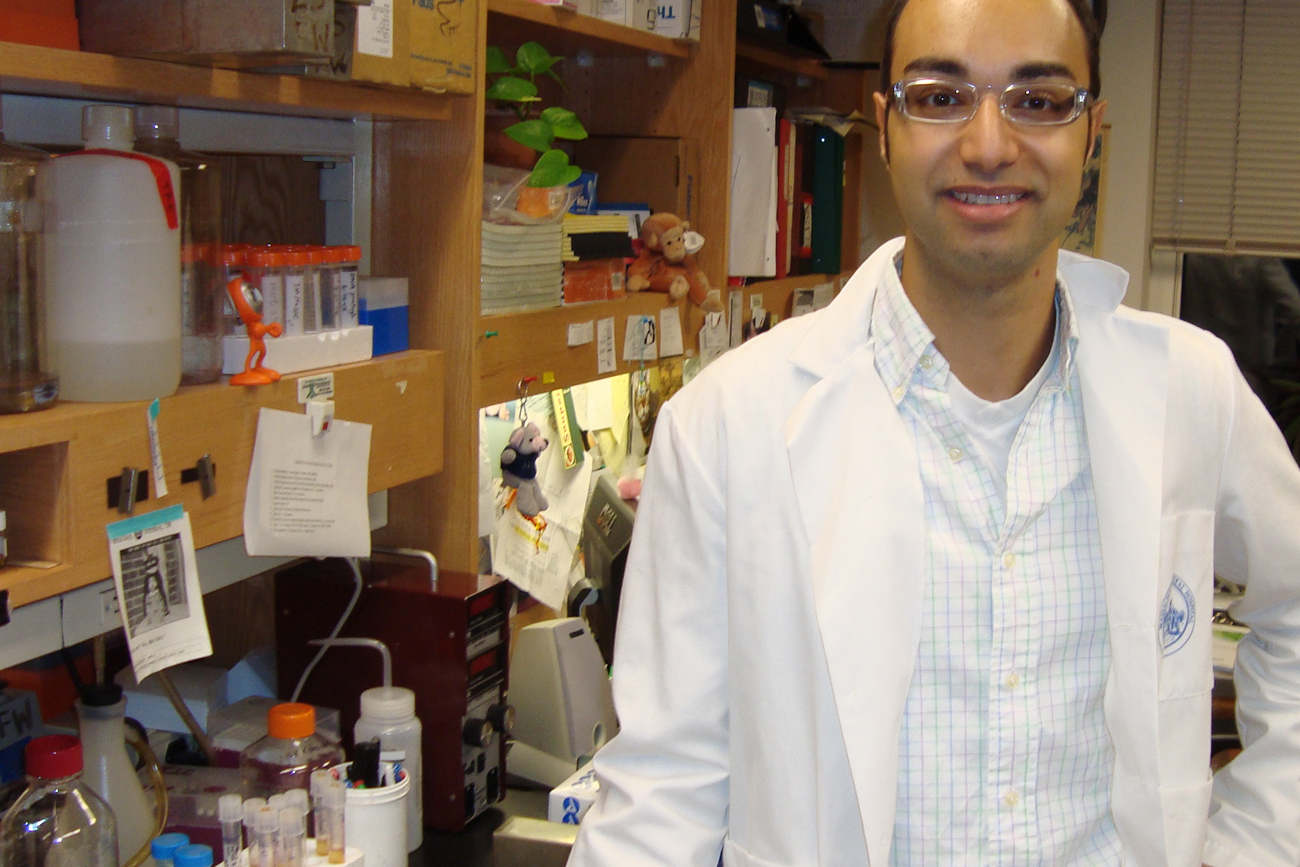 Niche social networking is radically transforming collaboration in research as scientists discover that opening up and sharing knowledge reduces redundancy. In a world where success is often built on the back of painstaking trial and error, ResearchGATE promises to make a truly great difference. By MANDY DE WAAL.

Alexander Fleming was haunted by what he saw during World War I. A captain in the British Army’s Royal Army Medical Corps, Fleming toiled to treat the savage wounds of soldiers, and felt the futility of using antiseptic. Antibiotics had yet to be discovered and in the battlefield hospitals of France, Fleming saw how often sepsis caused death and how antiseptics did more harm than good.

The Nobel Prize winner’s discovery of penicillin came by accident years later and would spawn a massive pharmaceutical industry with treatments for previously incurable conditions such as syphilis, tuberculosis and gangrene.

Imagine if Fleming was connected to a broad network of scientists via a pervasive technology like the internet? It is likely he could have found out that bread mould was used to treat infected sores in the Middle Ages and that a Costa Rican doctor and researcher called Clorito Picado Twight was researching what fungus did to bacteria ten years before his own mouldy accident in his untidy laboratory. Speculative, yes, but it is likely that penicillin could have been manufactured years earlier and saved many who died from sepsis during the war.

Connecting scientists across time and space is no longer a problem these days thanks to the internet and a niche social network called ResearchGATE described as a “Facebook for scientists” by founder Ijad Madisch. A researcher in radiology at Harvard University, Madisch co-created ResearchGATE after receiving a scholarship to study at the Ivy League university and discovering that social networks didn’t offer the bespoke tools he needed for scientific collaboration with the colleagues he had left back home in Germany.

“I’m originally a medical doctor with a PhD in molecular biology. When I went to Harvard, I left behind my best friend and research partner, Sören Hofmayer, who was based in Germany and we discovered that it was very, very hard to work on our projects given the current structure and tools offered by the Internet.” Madisch and Hofmayer were communicating using Facebook and  started thinking about what they’d need to collaborate more effectively and include a broader network of scientists with similar interests. In a momentary epiphany the concept for ResearchGATE was born.

“We started the network about three-and-a-half years ago and already we have more than 700,000 scientists who are members from close on 200 different countries. Two years ago we were getting about 50 new sign-ups a day and now we get about 2,500 new registrations each day. It’s grown unbelievably fast,” says Madisch.

A social networking site that enables scientists to crowdsource research, create communities, find jobs, publish, share, collaborate and much more, ResearchGATE is built by scientists for scientists. Free to use, ResearchGATE is the largest and fastest-growing global network of its kind. Other niche scientific communities such as Lab Meeting, Ologeez and Academia.edu exist, but Madisch told BusinessWeek he will differentiate by offering sub-communities dedicated to research specialities and creating powerful collaboration tools. He’s also dedicated to connecting rich and poor nations on the network so that the community is globally diverse and representative of scientific research in its totality. One of the biggest contributions ResearchGATE could make to the scientific community is enabling researchers and scientists to learn from failures. Fleming’s stroke of luck which led to the discovery of penicillin is an anomaly in science. More often successes only come on the back of years if not decades of mistakes, false leads, or what Madisch calls “research redundancy”.

“When you’re researching in a lab you can often spend years and years on a project and get hamstrung by trying to solve small problems. Progress is often painstakingly slow and made through a series of trial-and-error which takes a lot of time. The problem with published research is that it often focuses on positive research results, but these the result of a huge amount of experiments that didn’t work out. The fixes to mistakes aren’t published which means there’s a lot of experience that isn’t shared in the scientific community.”

By creating a niche network were scientists can seek out solutions and “fixes” or ask questions about debilitating problems that crop up during research projects the possibility for accelerated advances now exists.

Another big contribution ResearchGATE makes is connecting the world’s best scientific thinkers with researchers in isolated and remote areas of the world. “Some of the biggest value ResearchGATE is bringing the scientific community is in connecting scientists in countries that have not really been connected to date. We’re linking scientists in Africa with scientists in South America and Russia and creating a network for discussion with specific collaboration tools – without borders or time issues,” says Madisch.

Then there’s the effect that a social network like this could have on scientific attitudes. Traditionally the scientific community has been inaccessible and somewhat aloof to the lay person while history is littered with stories about fiercely guarded secrets, jealousies between scientists and obsessive competition that at times has contracted rather than expanded the knowledge in scientific endeavour.

The internet in its own way has forced an opening of industries, economies and governments and the scientific community appears to be no different. “Social media is changing attitudes in science and changing how scientists open their ideas and work to the world. Of course, competition is a key reason why scientists conduct research,” says Madisch. “There can be a huge amount at stake when you’re doing complex and difficult work like that on genetic experiments where there are relatively few people who understand the work. But on the whole, people are opening up and will become increasingly more open. ResearchGATE is a place that caters for both and people can share knowledge in a controlled or limited way dependent on their need for discretion, but it is heartening to see the community opening up more and more.”

It’s not just scientists that have warmed to the network. ResearchGATE has caught the attention of venture capitalists that have funded the LinkedIn-like site. In the later part of last year investors from the US, UK and Germany converged to offer a first round of capital to the scientific social network. Investors included the co-founder of generalist social networking site Bebo, Michael Birch; and Martin Sinner, the co-founder of global price comparison platform, Idealo.com.

“Our main priority will be to expand our organisation to supplement the core team in our Berlin headquarters and accelerate the platform’s growth,” says Madisch who, as CEO, leads ResearchGATE. “It’s great to have trusted investors from the US, UK and Germany who can see ResearchGATE’s vision of changing science by facilitating global communication and collaboration from anywhere. We will continue to push the collaborative boundaries and serve as a catalyst in the evolution of scientific research and discovery.” DM

Read more: The Truth Wears Off – Is there something wrong with the scientific method? in The New Yorker, Researcher creates Facebook for scientists in The New York Times, and ResearchGATE and Its Savvy Use of the Web in Bloomberg BusinessWeek.