Eskom promises power, but keeps the cattle prod in plai... 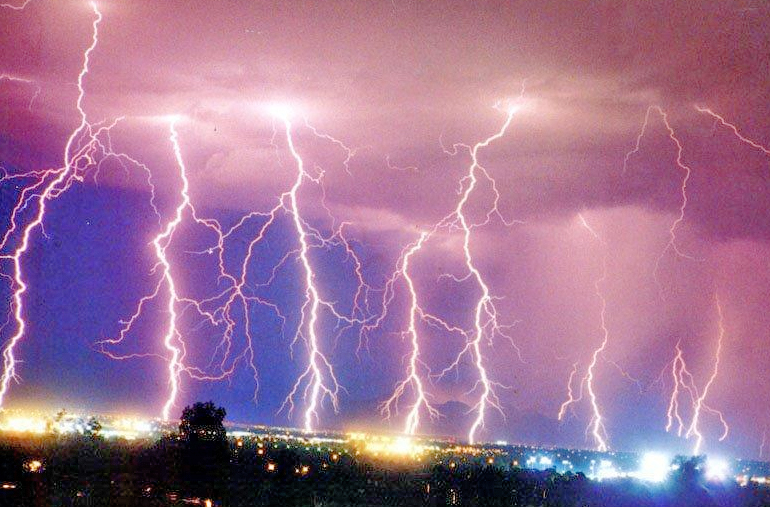 Eskom has resolved not to return to the dark days of 2008, and chief executive Brian Dames has said load-shedding is out. But given the disruption to the parastatal's summer maintenance programme, things are looking awfully tight round about, well, now. And if everyone doesn't play nice, voluntary user management may just turn involuntary. By THERESA MALLINSON.

What’s in, according to Eskom, is voluntary energy saving by big business (be warned, if the carrot of incentives doesn’t work, the mandatory stick could make an appearance); and ordinary South Africans pitching in by switching their geysers off and suchlike during peak periods. Also, cross your fingers that there won’t be any more unplanned power station outages any time soon.

Eskom didn’t have anything earth-shattering (or power-generating, for that matter) to announce on Thursday morning – rather this was the first in a new series of quarterly press briefings that the parastatal has instituted to increase transparency. The main message was that power supply will be tight from now until 2013. (In other words, until Medupi comes on line, which Dames said was on track to occur in the last quarter of 2012.) Like we hadn’t guessed.

Right now, Eskom is in its most challenging season, according to Dames. This seems counterintuitive, as the country experiences its highest electricity usage in winter. However, it’s during the low-demand summer months that the majority of the parastatal’s maintenance work is scheduled. The immediate concern is that various factors have combined to make this summer particularly unfriendly to conducting maintenance. Heavy rainfall, and the subsequent difficulties in the handling and transport of coal, resulted in not all coal-fired power stations being able to operate at full capacity, despite sufficient stocks; and then the unplanned outage of Koeberg Unit 1 didn’t help either. This latter event necessitated the postponement of planned outages at certain coal-fired power stations. Not only will this maintenance have to be rescheduled for later (potentially at a time when the demand for power is higher), but it makes more unplanned outages increasingly likely to occur in the future.

Currently, South Africa has the total ability to produce 41,000MW of electricity, when all the stations are running at full capacity. In addition, it can import 1,500MW from the Cahora Bassa hydroelectric scheme in Mozambique. Eskom is also still selling electricity to some of our neighbouring countries; no figures were mentioned, but Dames said “the numbers are pretty low”. Where we’re at right now – the first week of January 2011 – peak usage is 30,000MW. The forecast for next week is about 31,500MW when more businesses return to work. Which should put us well within the reserve margin, apart from the fact that the current planned outages are between 4,500MW and 6,500MW, and the forced outages between 3,500MW and 4,000MW. You do the maths and then run to switch off your geyser when you realise that Eskom’s statement that the electricity supply will be tight this summer is no joke. And come winter, peak demand is forecast to be at 38,000MW, a 2% increase from 2010. Admittedly, there won’t be planned maintenance during that time, but with the reserve margins so slim, unplanned outages can have a deleterious effect.

Dames issued a plea to all South Africans to help Eskom “keep the lights on”. In an ideal world, this would be purely the parastatal’s job, not ours – after all, we pay for our electricity – but grumbling in the dark isn’t going to help anyone. “To keep the lights on in the country, we can’t do it on our own; we need everyone’s support. We need South Africa Incorporated to work together,” he said.

One way in which Eskom itself is pushing electricity savings is its Energy Conservation Scheme. Currently voluntary, this initiative is aimed at the 500 largest electricity users in the country, and encourages them to save 10% of their power usage. As part of Eskom’s safety net, Dames indicated that this scheme could become mandatory. However, he stressed that making this saving compulsory would be a last resort. “Large mining customers have done very well on a voluntary basis… working with us on saving energy,” he said. “Our call would be on other companies who haven’t done so, to take that step. My intent would be to conduct this as a voluntary scheme.” Keeping the scheme voluntary will be the big mining and industrial companies’ intention too, in a “the lesser of two evils” kind of way. If you’re going to have 10% less electricity than you’re currently using, it’s better to be in control of the process than have it forced upon you.

Another initiative that comprises part of Eskom’s “safety net” strategy is demand market participation (DMP), through which the parastatal offers incentives to industrial users to cut electricity usage during high-demand periods. Andrew Etzinger, the general manager for business strategy and integration, said that Eskom had previously been able to count on 600MW of DMP, although this has fallen to 300MW. Etzinger said it was Eskom’s aim to get this amount up to 600MW again. He also claimed that Eskom was working on another incentive for smaller industrial firms and commercial companies, that could see their power usage aggregated, enabling them to join the DMP programme. This would put another 500MW of DMP electricity at the power utility’s disposal in times of need.

Looking at the numbers – on paper, if you stick with the simplest calculations, South Africa can produce just about enough electricity. But practicalities have a habit of ripping such paper to shreds. And what we don’t have is enough spare capacity. Considering the need for regular maintenance of our power stations, let alone unforeseen problems, the fact is that we don’t have enough at all. Dames outlines the ideal situation: “Every hour of the day, we’d want to have adequate reserves – that’s 2,000MW plus (beyond what we’re using). If… something big goes wrong, we should be able to cater for that without having an impact on the consumer.” Eskom has a while to go before such 24/7 reserves become a reality. Forget the old joke about the last person to leave switching off the lights. If we want to stay we’re going to have to work on not switching them all on at the same time, at least not when Koeberg’s down. DM