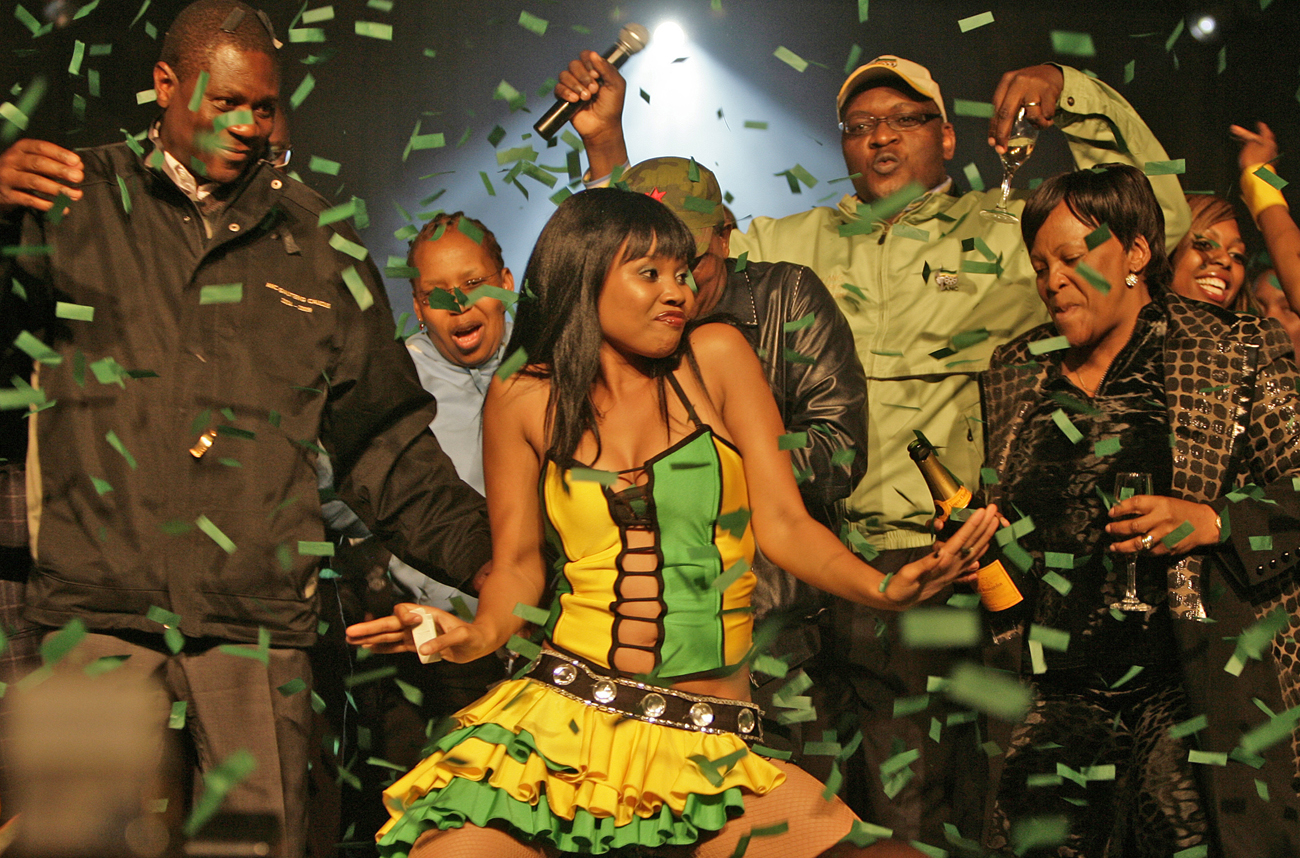 As always, predicting the year ahead in politics in South Africa is usually a fool’s errand. Very few of us who pontificate politically are likely to go back and read our predictions at the end of the year; we just sit back and hope like hell our readers don’t go back and prove how wrong we were. Having said that, making predictions is an intellectual exercise, and a hell of a lot of fun. So, of course, we are going to dive straight in. By STEPHEN GROOTES.

The first big event on our political calendar takes place this weekend actually. It’s the ANC’s “January 8th Statement”. And going against recent tradition it’s actually taking place on, well, 8 January. It happens at this time of year because that’s the date the ANC was founded in 1912. In case you’ve still got some holiday cobwebs, that means this is the 99th birthday of the ANC, and if you think they’re planning a big party for next year, you’d be absolutely right. During the party’s exile years, this annual statement became the launch pad for the movement’s aims and plans for the year.

As the organisation continues its painfully slow transformation from liberation movement to ruling party this event has now become more of a government policy statement than anything else. But as the party is still so ideologically broad, it also means President Jacob Zuma has to tread carefully: It’s the one time he himself is actually supposed to make an ANC policy speech. And as we know by now, any concrete idea that finds support in one sector of the party is likely to be strongly opposed by another. This leads to boring policy speeches, where the most fun for political pundits is trying to work out what will actually happen and what won’t. Last year’s big soundbites were “teachers will be in class on time teaching for seven hours a day” and “the NHI will be implemented this year”. Both did not lead to concrete expression.

After the big 99th birthday shindig, the ANC’s NEC has a lekgotla, which feeds in to an expanded cabinet lekgotla later in January. It’s “expanded” in that premiers (yes, including Helen Zille) get to go as well. And all of this lekgotla-ing is supposed to end up in Zuma’s State of the Nation address.

We hope he puts more time and effort into preparing it this year. Last year’s speech was a disaster. Sure, this time he hopefully won’t have to deal with a newly publicised love-child. But the disappointing address last year set the tone for the first six months of his year, a tone that was only lifted at the ANC’s national general council.

In terms of policy we’ll be watching for more on the NHI, more on education and how to deal with difficult teachers, the de-unionisation of the defence force, and possibly, just possibly, some kind of comment about a media appeals tribunal. But don’t hold your breath for anything earth-shattering. Zuma has probably learnt by now that softly-softly is easier when it comes to policy. In essence, the question that sometimes needs to be asked is if he’s governing in the interests of the country, or in the interests of staying leader of the ANC. And before you jump to conclusions, Barack Obama is bending over backwards, like Bill Clinton did before him, to work with Republicans, rather than doing what he would think is best for the US. We point this out just in the interest of fairness.

As usual, government’s real priorities will be revealed, in the finance minister Pravin Gordhan’s budget announcement in February. Gordhan is likely to keep the Reserve Bank’s mandate the same, but his real headache may be over tax. While the middle classes have had small decreases over the last few years, bracket creep (the process whereby people’s inflation-linked increases gradually see them going up a tax bracket) is becoming a powerful force. At the same time, Gordhan may want a little more to spend on social grants etc., but will also be aware that a fragile recovery can be knocked off course by just a small reduction in the amount of discretional income people have.

And then on to the local government elections in a yet-to-be-announced date between March and June. The temptation to predict a massive wallop on the nose for the ANC is very tempting here. We’re not saying they’re in any danger of losing major towns or cities, but local government has become the major focal point for anger about the lack of service delivery. However, we think identity politics is still too potent a force for there to be major swings. There may be some people in the DA who think that Tshwane is ripe for the plucking, but quite frankly, we’d be surprised. We do think the ANC has no chance in hell of knocking the DA out of Cape Town, and the other big Western Cape municipalities that are currently ANC may go DA.

There’s also a chance of some smaller municipalities in one or two other provinces going the same way. (And you may want to watch Port Elizabeth – Ed.) In Johannesburg, surely all the DA has to do is point to the decade-long billing crisis (do you know anyone who has received an accurate City of Joburg bill?) to get the middle-class vote. You don’t need us to do the maths to work out that the vast majority of people in the country’s biggest metro don’t get bills, and thus are unlikely to be too bothered by that. But we do predict a smaller majority for the ANC in both Tshwane and Joburg. That trend should be reflected in other parts of the country as well, but to a lesser extent.

Another big story of the local government elections will probably be the demise of Cope as a coherent political force. That will be it, finis, cheers, thanks for playing. The other story, the continuing decline of the smaller parties generally.

For most of the year, it’ll be the internal alliance politics that will keep us pundits busy. Tensions between Cosatu and pretty much everyone else will probably continue on the slow boil, while the SACP may keep on its slow slide away from being a meaningful entity. The real fun and games, as always, could come from the ANC Youth League. They are scheduled to have a leadership election this year. Don’t get too excited, Julius Malema should win comfortably. Nope, the real story will be in whether he’s challenged at all, and if so, by whom. Andile Lungisa took a real pounding last year, and he may want to try to parlay that into what’s become a very powerful political force of victimhood. We doubt it though. So unless someone comes from left field, as Malema himself did, then expect the current lot to stay in power there.

Apart from the local government elections, the real political story this year will be the jockeying ahead of next year’s big internal elections in Cosatu, the SACP and the ANC itself. Most of that will be under the radar. Which will make it another fascinating year of reading tea leaves. Let the tannin reading begin. DM