From our vault: Fifty years of Motown life, rhythm & so...

From our vault: Fifty years of Motown life, rhythm & soul 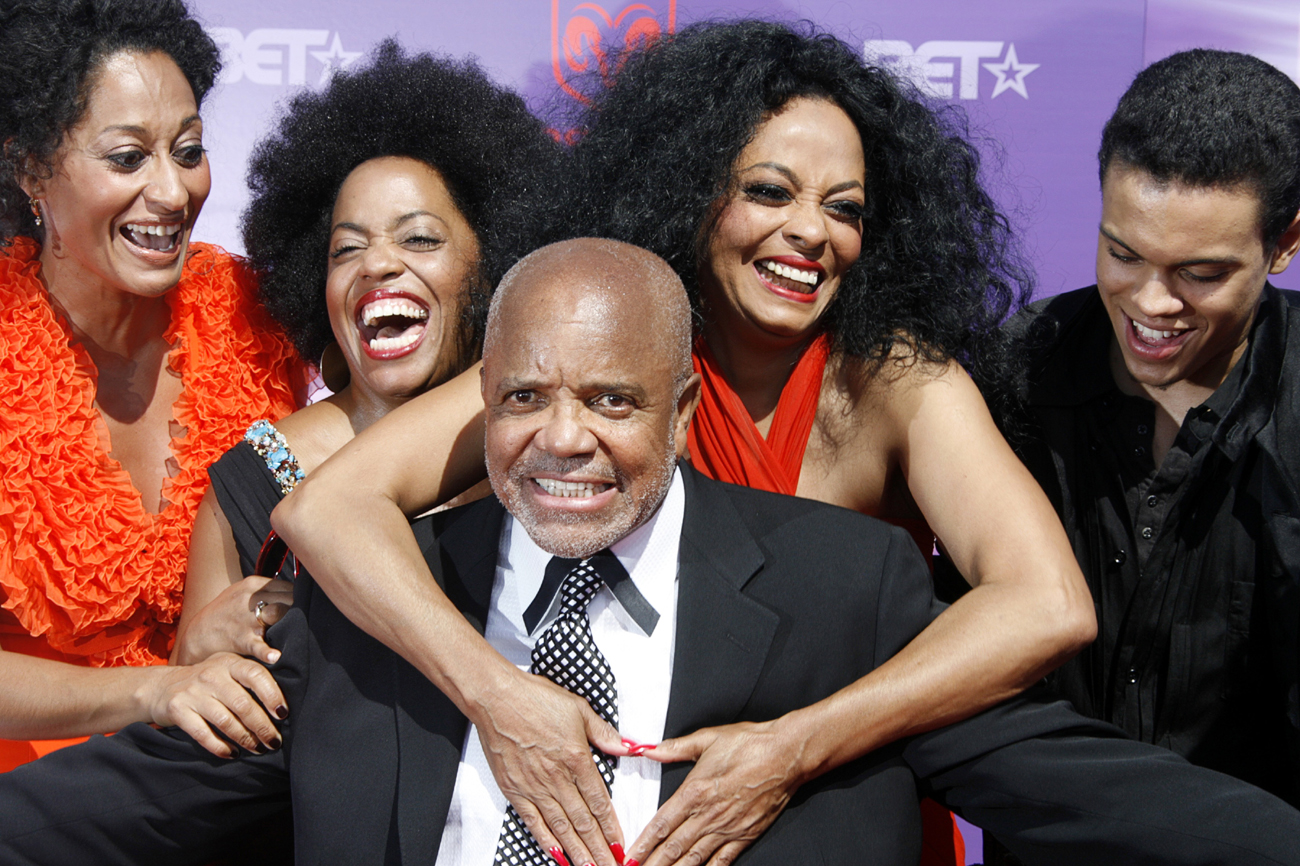 Of all the legendary US record labels, there’s one that stands head and shoulders above the rest. Motown Records started 50 years ago in the heartland of the industrial country; it was destined to capture the American heart and soul and serve it ever-hot to the grateful masses. By J BROOKS SPECTOR.

The black kids got it first, but its infectious rhythms, drawing on soul, R&B and lush orchestration, tambourines and a driving bass, magnificent harmonies and drill-team crispness captured us all eventually. We heard the music on TV, on shows like “American Band Stand” and “Soul Train” and then the “Ed Sullivan Show” variety hour on Sunday nights. At that time, there were only three television networks, no Internet, no MTV or Channel O, no cable and no audio streaming, and so Ed Sullivan really was the apogee of American popular culture – at 8pm on Sundays across the country.

And we saw the groups in live shows, especially in the summer, in great outdoor amphitheatres. We listened to it on local soul music radio stations that played the “black charts”. For white suburban kids, Motown was like a hidden doorway to the other side of America. Or, as Smokey Robinson put it, “All over the world, all through the races, all through everything, Motown bridged a gap.”

“Please Mr. Postman” by the Marvelettes in 1961, Motown’s first number-one hit on the Billboard Hot 100 as well as the R&B chart (and later with the very antonym of Motown, the Carpenters, who also hit the top spot on the Hot 100 with their cover in 1975), spoke to every teenager’s unrequited love with the raw longing and edgy vocals that gave us a glimpse of what would come later with Tina Turner – or even from chatroom stalking ….

…Mister Postman, look and see, (Oh yeah)
If there’s a letter in your bag for me, (Please, Please Mister Postman)
Why’s it takin’ such a long time, (Oh yeah), For me to hear from that boy of mine
So many days you passed me by, See the tears standin’ in my eyes
You didn’t stop to make me feel better, By leavin’ me a card or a letter….

More darkly, Motown became the background music, the sound track of the Vietnam War as the draft pulled in more and more ghetto kids who gave their “hootches” (Vietnam era army slang for the bivouac huts out in the field) a Motown sonic landscape.  “Nowhere to Run”, Martha and the Vandellas’ great hit, sounded right on the nose with America’s larger plight in Vietnam:

….Nowhere to run, Nowhere to hide, From you, baby, Just can’t get away,
No matter how I try, I know you’re no good for me, But free of you I’ll never be….

WATCH: Martha and the Vandellas – Nowhere To Run

Hit after hit after hit came out of the music machine Berry Gordy willed into being in the dining room of his Detroit apartment in 1959, with an $800 loan from the Gordy family savings club – the black American version of a stokvel. The record label’s first name was Tamla Records, with Motown added a year later and, at its peak, Motown had 450 employees – average age 23 – right on the money to be in sync with the evolving black youth culture of the sixties and seventies. Photo: Hitsville, USA, where it all started

From 1959 to 1972, Marvin Gaye, Stevie Wonder, The Four Tops, Smokey Robinson and the Miracles, Aretha Franklin, the Temptations, the Supremes, Gladys Knight & the Pips,  – oh, and in case you’ve been seduced into believing they were just pop singers – the Jackson Five and Michael Jackson by himself – and all the rest begged to be signed on by, or were recruited by Berry Gordy. Gordy signed Michael Jackson in 1969, when the singer was only 10 years old. From 1961 to 1971, Motown had a mind-boggling 110 top-10 hits. Motown lives on as a subsidiary of a subsidiary of a larger music group, but is now based in California.

Later, Motown nursed the talents of such stars as Lionel Richie and The Commodores. Stevie Wonder is still with his original Motown label, even as the other originals have moved on, while new singers like Boyz II Men, India Arie and Erykah Badu have joined the Motown label. Gordy’s talent was groomed and drilled, outfitted and dressed, given lyrics and music that fitted their stage personas like gloves, and shaped and reshaped until they were wrinkle-free.

This past Saturday, for the 50th anniversary, new rock stars, legendary Motown musicians and hundreds of fans joined together in a Detroit ballroom to salute Berry Gordy and the sound he created – and to raise funds to support the Motown Historical Museum his family now manages. In a way it is horrifying to realise that Motown now merits a museum, and that Gordy himself is now 80 years old and in “exile” in California. Barack Obama even sent goodwill wishes to the party via videotape, noting that Gordy’s “music made history” and his record company “captured a truly American sound”.

The name Motown, of course, comes from Detroit’s appellation as “The Motor City”, back when the American auto was king and a two-tone Cadillac with fins like a Nasa space shot was the ultra-plus-ultra of manufacturing heft – even if the sound itself had little to do with the city after which it was named. In fact, at the gala evening Gordy told the crowd that it was his business plan (not the music itself) that was inspired by the time he spent on a motor car factory floor. He wanted to make a music company that was like “an assembly line” of talent.

Detroit has come down a peg or two since Gordy’s heyday. The city’s shrunken industrial base, street after street of vacant, abandoned homes, and a population that has moved away so fast that the city is half the size it used to be, now seems poised on the brink of the abyss. Its current mayor is the former Detroit Pistons basketball all-star Dave Bing, elected, it seems, as the city’s last hope for salvation before the “For Sale” sign is replaced by “Out of Business”.

At the gala, Bing called Motown “a beacon of light for our city as we try to bring it back”. But some critics muttered that this party was the wrong way to celebrate. A big outdoor concert with the stars for thousands of fans would have been more fitting, they said. But Detroit’s reduced circumstances in a time of economic turmoil must have quickly put a stop to such ideas. And maybe that’s too bad. As the Detroit Free Press wrote in its news report on the anniversary, “more than one Motown insider privately emphasized this year that a handful of phone calls by Gordy could have done the trick”.

WATCH: Stevie Wonder: You are the sunshine of my life

Still, Motown has an enormous amount to be proud about. Looking back over the history and impact of Motown, Smokey Robinson commented, “I recognised the bridges that we crossed, the racial problems and the barriers that we broke down with music.  I would come to the South in the early days of Motown and the audiences would be segregated. Then they started to get the Motown music, and we would go back and the audiences were integrated and the kids were dancing together and holding hands.”

And that’s without even talking about the music. Robinson’s memories remind me of something Hugh Masekela once said about the songs of the anti-apartheid struggle, “We made this revolution with our music”. DM

For more, read the Detroit Free Press, the AP, the Motown Museum, among others.

Main photo: Motown Records founder Berry Gordy gets a hug from Diana Ross and her family as they arrive at the 2007 BET Awards in Los Angeles, California June 26, 2007. REUTERS/Fred Prouser