Youth festival fiasco: What would you do with R69 milli...

Youth festival fiasco: What would you do with R69 million? 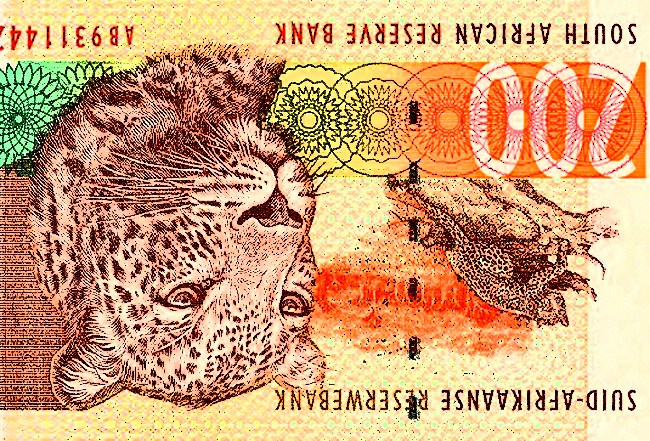 So the National Lottery Board and the South African government gave the National Youth Development Agency R69 million for a youth festival with the slogan “Let’s Defeat Imperialism”. Granted, it was never going to be money well spent, but just how gigantic a waste nobody could’ve guessed. What would you do with money like that? By KEVIN BLOOM.

A few days ago, myself and a few writers and journalists were discussing what we would do with R50 million. The idea we were throwing around wasn’t a new one; many people in our line of work had mooted the concept before, and some had even put together business plans and organised meetings with potential funders. To us, the fact that nothing had come of these dreams and plans didn’t mean much – the idea was still a winner. A New Yorker-style literary magazine focused on sub-Saharan Africa with the following editorial mandate: narrative journalists of the calibre of Rian Malan, Binyavanga Wainaina and Alexandra Fuller filing 10,000-word features on African politics and culture; fiction writers like Marlene van Niekerk and Chimamanda Ngozi Adichie submitting short stories with African themes; African poetry from, amongst others, Frank Chipasula, Keorapetse Kgositsile and Gabeba Baderoon. The magazine would be called, say, The African Standard – a message to the world that our literary standards are as high, and sometimes higher, than theirs. We’d publish with the intention of shattering the myth of the Dark Continent.

With R50 million, a magazine like the one mentioned above, at a frequency of ten issues a year and a distribution base starting at 50,000 copies, could probably run for five years. After that time, if you hadn’t got your advertisers on board and your readers interested, you’d deserve to fold. But even if you did fold, what you would have done in those five years for Africa’s self-image might have been priceless. As CS Lewis once said: “Literature adds to reality, it does not simply describe it.”

Imagine then what could be done with R69 million. An extra R19 million to bag the really elite African writers (Ngugi wa Thiong’o, Ben Okri, maybe even Coetzee himself), widen the distribution base (copies in good bookstores across Europe and North America), and perhaps host a global literary festival (in Addis Ababa or Accra).

So it was hard not to punch the dashboard when listening to these words on Talk Radio 702 this morning: “The National Youth Development Agency on Tuesday blamed gremlins for the disastrous second day of the multi-million rand national youth festival in Pretoria. High profile speakers including Winnie Madikizela-Mandela who had been touted as guests were never confirmed to speak.” The broadcast went on: “No confirmed speakers and empty festival halls left thousands of delegates milling about the Tshwane Events Centre. The programme should have started at 9am but was shifted to the afternoon but even then it did not start leaving many international delegates disappointed.” During the bulletin, it was mentioned that R69 million was spent to host the event.

Apparently, some of the bored delegates decided to spice up their Tuesday by organising impromptu kissing contests. Why? Because that’s what the youth do sometimes, and because the company awarded the events management tender was allegedly given only seven weeks to prepare. According to the Cape Times, Madikizela-Mandela received her invitation to speak on Monday, a full one day before the programme had her scheduled to appear. Minister of Defence Lindiwe Sisulu, who was also set down to speak on Tuesday, had an unfortunate clash with Angolan president Jose Eduardo dos Santos’s first official state visit to South Africa.

It gets more tragic. As the Cape Times noted: “On Tuesday morning delegates from the Eastern Cape, Western Cape, Northern Cape and KwaZulu-Natal were reportedly stranded at the Tshwane University of Technology residence where they were staying and had not had breakfast.” Naturally, the ANC Youth League’s provincial executive committee members were being housed in hotels.

Then there’s the fact that the events management company that won the tender, Global Interface Consulting, appears not to exist in the records of the Companies and Intellectual Property Registration Office. And the further detail that the NYDA’s budget was initially R400 million, and was only later cut to a more modest R69 million (R29 million from government and R40 million from the National Lottery Board).

But it could be that the biggest clue to the mess that is the eight-day World Festival of Youth and Students lies in its slogan: “Let’s Defeat Imperialism”. Eh? Who and what are we talking about here? The British Empire? The Mongolian Empire of Genghis Khan? The Empire of Gremlins who destroy Tshwane Youth Festival? If this story were a piece of short fiction by the sublime young Zimbabwean writer Pettina Gappah, The African Standard would not hesitate to publish it – and it would probably be an award-winner.

The chief protagonist would be NYDA chairperson Andile Lungisa, and the piece would open with him telling his funders that if R400 million was a bit steep, he could probably manage with R69 million. Then he’d put in a call to someone over at Global Interface Consulting, and chuckle heartily before hanging up. There’d be a scene with Winnie, saying something like: “What youth conference?” And another scene with Lindiwe Sisulu, who’d explain that the Angolan president is kind of important because, well, Angola has oil. The narrative arc would culminate in a quick tour through empty conference halls, and in the last hall, finally, where there was supposed to be a debate about youth rights, there’d be a bunch of delegates playing “spin-the-bottle”.

Realistically, though, could even the best African writers make this stuff up? DM