All the world's being Gamified

All the world’s being Gamified 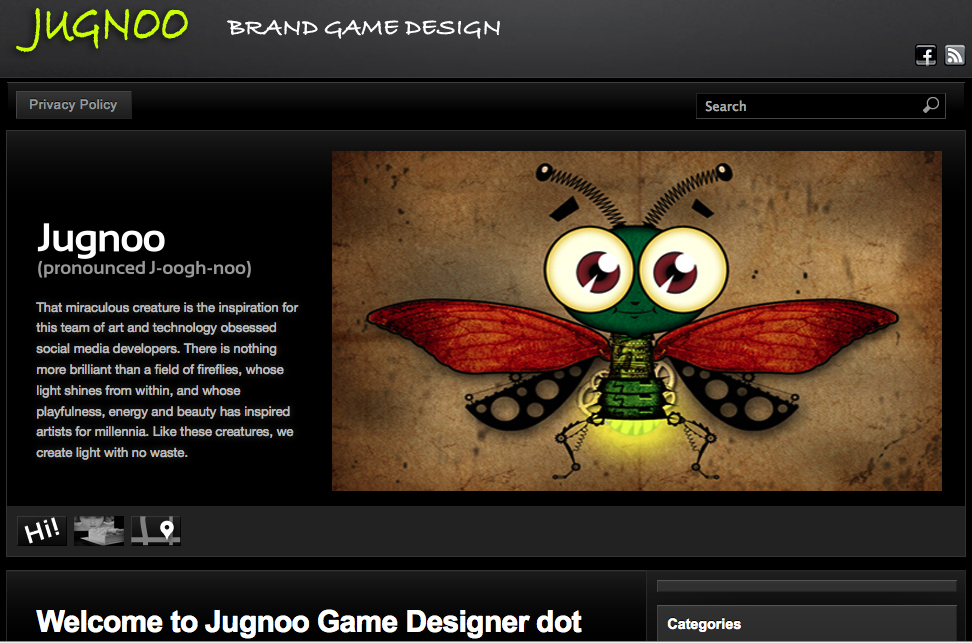 Gamification is one of those ungainly, dangerous new verbs that tend to change the world. It’s certainly a coinage that has made the marketing industry sit up and take notice. The current Wikipedia definition—and please understand that like everything on Web 3.0, this is subject to daily evolution—is “the use of play mechanics for non-game applications.” In short, industries as disparate as health care, education and Hollywood are trying to turn everything into a game. Having fun yet? By RICHARD POPLAK.

Picture Don Draper, the dapper ad executive from the hit TV show Mad Men, sitting at his mahogany desk, looking across at his gaming division. This Transformer t-shirt-wearing coterie abstains from smoking and drinking, and yet still manages to look pasty and unwell. They speak in a complicated patois called Dorkese—a compot of Elvish, computer code and comic book declamations. Their job at Sterling Cooper Draper Pryce is to marry the principles of gaming to those of branding. In short, they are there to “gamify” the Sterling Cooper client list.

This is, in fact, not a new marketing trend. Broadly, gamification is considered to be the application of game mechanics to areas of our lives that aren’t considered fun. Marketing historians agree that the first successful gamification initiative was the Frequent Flyer program American Airlines pioneered with AAdvantage in 1981 (based on a failed program by Texas International Airlines in 1979). Points programs are now so ubiquitous that we forget that they were architected like games. Persistence, or “loyalty”, is rewarded by a series of incentives that turn flying, or shopping, or using a credit card, into fun. There’s an obvious psychology at work here—and it’s icky—but it works.

The whole world is gaming, a fact backed up by some earth shattering-statistics. The average gamer in a gaming culture spends 10,000 hours playing by the time she is 21, and there are at least 500 million people who have logged those hours on a console or a computer. The industry expects another billion gamers in the next decade. Fifty-four percent of gamers are female—a figure explained by the staggering amount of women who play social games like Farmville through Facebook. According to game design utopian Jane McGonigal, gamers are “super empowered hopeful individuals.” Gamers think differently, act differently and have a different set of expectations from their non-gaming peers. “For one thing, we’re social and collaborative,” says McGonigal. According to McGonigal and her ilk, gamers can save the world. They also buy a whole lot of virtual crap in virtual stores, and share these experiences with hundreds on the social graph.

McGonigal reminds us that gamers are used to sharing ideas and experiences in an online environment. For another, they are used to the rewards inherent in gaming—they like “leveling up,” and they are always chasing the “epic win” – that transcendental moment where the game blows the gamer’s expectations, and her mind along with it. For McGonigal, this represents an evolutionary leap forward for the human race. For marketers, it represents an opportunity.

Interestingly, studies have shown that gamers, and the species in general, are less interested in what typical loyalty programs offer—stuff—than they are in what games specialize in providing—status. According to marketer Kyra Alsworth of the ad agency Teehan+Lux, the hierarchy matrix looks something like this:

It can take years to build status in a typical loyalty program—think of George Clooney’s frequent flyer character Ryan Bingham in Up In The Air, and his overwhelming desire to enter the AAdvantage Million Mile club. If marketers can gamify their brands, that status becomes instantaneous, as do the rewards that have long been associated with brand gamification.

In this, it’s no surprise that lifestyle brands like Starbucks are engaging with social network sites such as Foursquare. The latest trend, however, is bespoke gamification—the ability to turn a brand into a blockbuster style social game that is shared across a range of social network sites.

Watch Jane McGonigal on the principles of gaming (TED video):

Surprisingly, the big names in gaming have yet to leap into this market, and it’s left to some smaller players to define the field. Jugnoo Game Design, a Canadian start-up, appear to be ahead of the curve in this respect. With a creative team that runs the gamut of big game development, including an association with Bobby Chiu, the Alice in Wonderland and Men in Black III creature designer, their mandate is clear.

Mohammad Aamir, Jugnoo’s CEO, has a long history of successful IT development. “For us, it’s no longer about the principles of gaming. That’s old hat. It’s about designing games around a brand, based on a meaningful narrative experience that long time gamers and neophytes alike will love to play. It’s about seamlessly making a client’s brand into a game.”

Aamir points out exactly what gets marketers so excited: gamification provides the opportunity for brands to develop new meaning in their client’s lives. All of a sudden, a brand becomes encoded into leisure time—Theodor Adorno and the Frankfurt School’s worst nightmare. Suddenly, a brand is associated with status, power and reward. A brand like BMW can be mentioned in the same breath as World of Warcraft; young women can play a bespoke Estee Lauder game on Facebook instead of Farmville.

The Don Drapers of the world can no longer dismiss the dorks, if they ever they could. After all, gamification has long been an integral part of marketing, and it is currently undergoing a massive evolution. The suits in Mad Men will barely recognize their industry when all is said and done. The world is being turned into a game. And we’re being played. DM