Zuma paints himself into an ever-tighter spot over Zapi...

Zuma paints himself into an ever-tighter spot over Zapiro cartoon 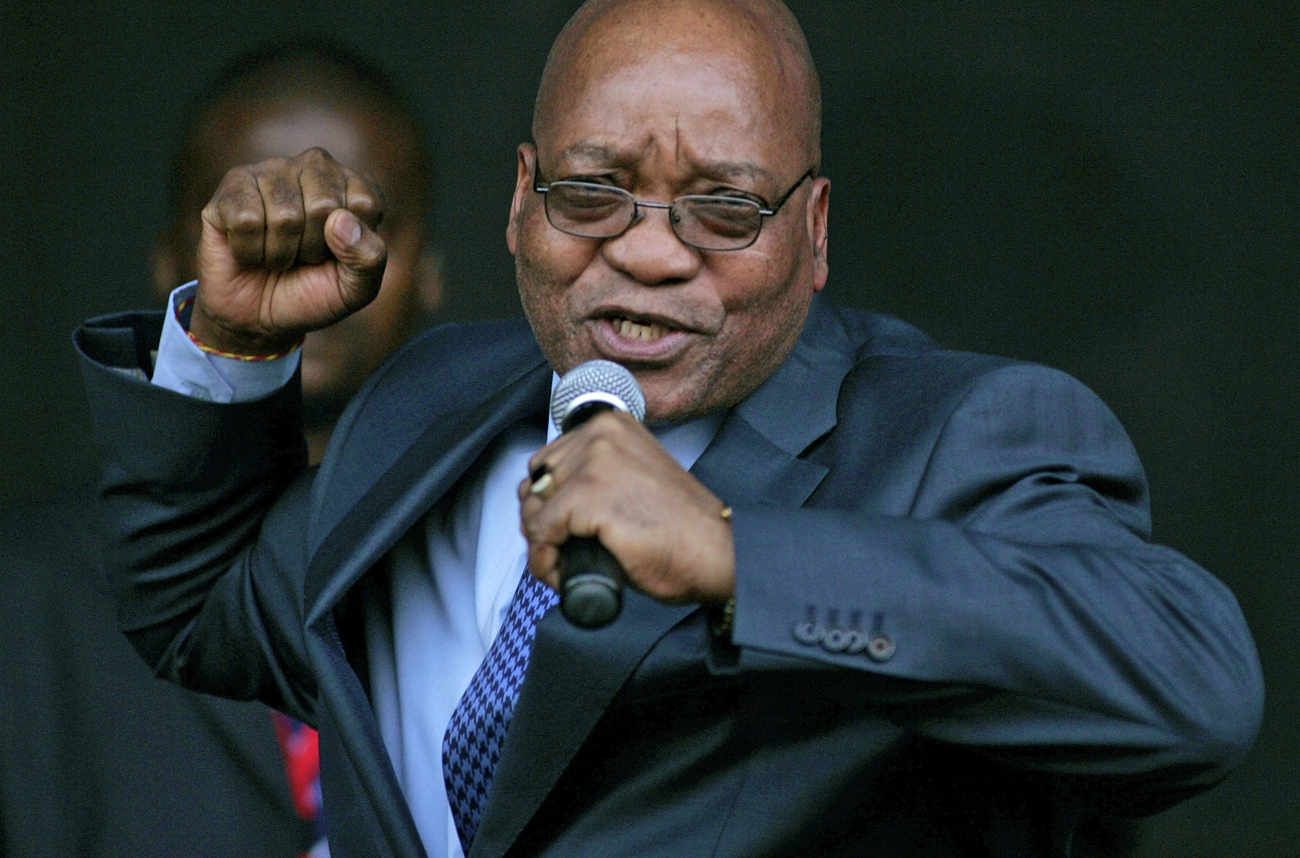 President Jacob Zuma’s legal team has filed papers with the Johannesburg High Court, suing Avusa and Zapiro over the rape of Lady Justice cartoon – yes, that one. But as the SA Human Rights Commission ruling that was made on this very matter shows, Zuma has no leg to stand on. And what exactly do they disagree with Zapiro over anyway? By SIPHO HLONGWANE.

On Friday, the Johannesburg High Court issued a summons, acting on a civil complaint filed by Zuma’s lawyers against Avusa Media, former Sunday Times editor-in-chief Mondli Makhanya and cartoonist Jonathan Shapiro (better known as Zapiro), resulting from a cartoon published by the Avusa-owned Sunday Times two years ago, depicting Jacob Zuma about to rape Lady Justice while his associates restrain her.

According to TimesLive, the court papers filed by Zuma’s lawyers say the cartoon “damaged his reputation, was degrading and left him feeling humiliated”. Zuma is suing for R4 million for humiliation and degradation, and a further R1 million for damage to his reputation. Furthermore, Zuma wants 15.5% interest on the monies due to him (should he win the case) since the date of the cartoon’s publication.

Attorney for the Sunday Times Eric van der Berg was reported in the Mail & Guardian as saying that the lawsuit was unexpected. “We are surprised to receive this almost two years down the track. That is all we have to say at this stage,” he said.

The cartoon depicts Zuma untying his pants, with the ANC’s Gwede Mantashe, Cosatu’s Zwelinzima Vavi, ANCYL’s Julius Malema and the SACP’s Blade Nzimande holding Lady Justice down. Young Communist League leader Buti Manamela complained to the South African Human Rights Commission earlier this year, saying the cartoon was an abuse of freedom of press, and “depicts Zuma as a rapist, is distasteful, deplorable and boarders [sic] on defamation of character”.

However, the SAHRC ruled in favour of Zapiro in June, and said in its ruling that the cartoon showed “free, open, robust and even unrestrained criticism of politicians by a journalist”.

The Commission further said that “Although the SAHRC finds the cartoon and the words used in relation thereto probably offensive and distasteful, same falls short of and does not constitute hate speech, unfair discrimination under Promotion of Equality and the Prevention of Unfair Discrimination Act or a violation of any fundamental human right contained in the Constitution.”

Zapiro told The Daily Maverick he was puzzled by the part of the judgment which said the cartoon was “offensive and distasteful”, saying that taste was an extremely subjective determination. “However, the judgment completely exonerated me and the Sunday Times,” he said. “The SAHRC rightly agreed with me that the cartoon must be seen as a metaphor.”

The rape metaphor was completely justified, in light of the bullying the judiciary was under from Zuma and his allies, according to Zapiro. “Even in the statement that came from his lawyers, that said the cartoon was understood by the paper’s readers to mean he was abusing the justice system ‘in as vile, degrading and violent a way, as the raping of a woman’, they agreed with me. That is exactly what I was saying. That is how I wanted the readers to respond to it.”

“I don’t anticipate losing,” Zapiro said. “I’m very sure we’ll win this case. I’m not saying that out of cockiness. That’s out of having faith in the Constitution and the Constitutional Court. The higher up this goes, the stronger my case will be.” DM