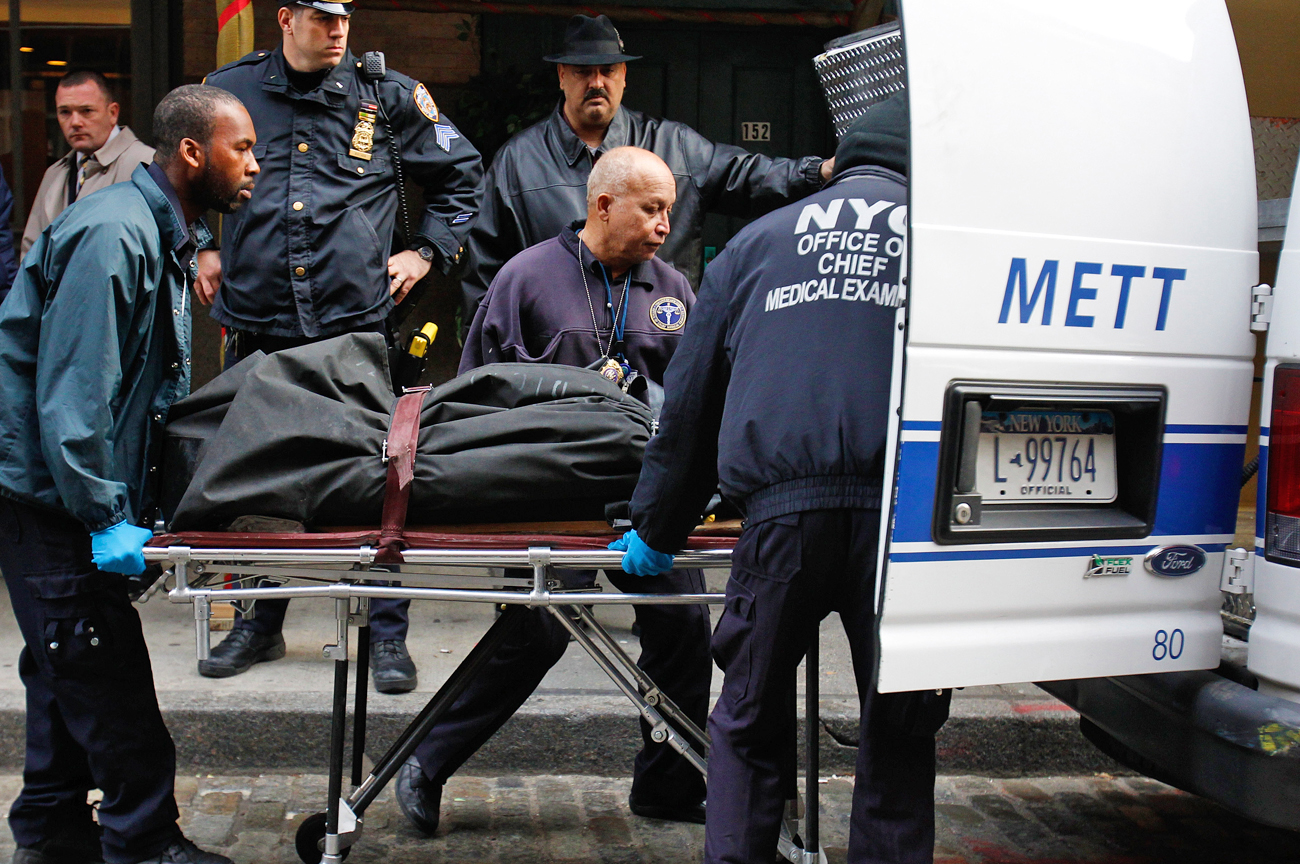 Since it was exposed by US officials in December 2008, the biggest Ponzi scheme in world history has resulted in a series of sad and unfortunate suicides. On Saturday, exactly two years after his father’s fraud came to light, Mark Madoff hung himself by a dog leash. Is he less of a victim than the others? By KEVIN BLOOM.

On the night of 22 December 2008, days after Bernard L Madoff was arrested on suspicion of orchestrating a $50 billion Ponzi scheme, a French aristocrat and professional investor by the name of Rene-Thierry Magon de la Villehuchet locked the doors to his office. Nobody on the 22nd floor of the midtown Manhattan office building knew what Mr de la Villehuchet was about to do, but in his mind he had formulated a plan. Not wavering from his intentions, he swallowed a lethal dose of sleeping pills and slashed his left arm open with a box cutter. New York police found him dead the next morning.

De la Villehuchet was the first and most high-profile in a string of suicides that followed revelations of the massive fraud. While his name was only one amongst 13,500 affected, the size of his investment – around $1.4 billion of his and other peoples’ money – set him apart. Aside from losing his own savings, he felt personally responsible for the financial devastation that had just been visited on the friends and colleagues who had come to him for advice. For him, there was no other way out.

And neither was there another way out for William Foxton, a former French Foreign Legionnaire who killed himself in February 2009. Unlike De la Villehuchet, who had long cherished the belief that Madoff was an investment genius, Foxton had never heard of the man who was destined to destroy his life. His entire family savings had been invested in two hedge funds, the Herald USA Fund and the Herald Luxembourg Fund, and only when he was informed that the funds had closed did he learn of the connection to Bernie Madoff. He shot himself with a handgun in a park in Southampton.

As was revealed on Saturday, the latest casualty of the Ponzi scheme is Madoff’s oldest son Mark. The 46-year-old was found hanging from a dog leash while his child slept in an adjoining room. According to the New York Times, people close to Mark said he had become increasingly upset by the enduring scrutiny as the two-year anniversary of his father’s arrest drew near. “He was particularly troubled by a series of lawsuits against him and his family as the bankruptcy trustee approached the Saturday deadline,” the Times observed, “and by the weight of media speculation about whether or not he played a role in his father’s fraud and whether he could be the subject of criminal charges, they said.”

It’s unclear whether Bernie, who’s serving a 150-year sentence at a North Carolina prison, was immediately told of his son’s suicide. What is clear, though, is that with the deadline for litigation having now passed, over 1,000 civil lawsuits will go forward in an attempt to recover the money of the scheme’s victims. The suits were filed by trustee Irving Picard, and both Mark and his younger brother Andrew were included as defendants in an $80 million claim brought by Picard against Madoff’s London operation last Wednesday.

Noted the Associated Press with respect to a further claim: “Picard said that for executives in the Madoff business, ‘pretending things do not exist — or looking away — may have been a well-honed survival strategy.’ Picard sought $200 million from Madoff family members in his lawsuit, which charged that the family used the Madoff business like a ‘piggy bank’, spending tens of millions on lavish homes and luxuries.”

Although Mark and Andrew had portrayed themselves as innocents who attempted to stop their father as soon as they learned of the fraud, neither the victims nor the media had quite been able to stomach the fact that the brothers’ lifestyles hadn’t visibly changed after the arrest. But as Richard Behar, who’s writing a book on the Madoff case, said to Vanity Fair: “A friend and former colleague of Mark’s told me that Mark was depressed, felt ‘trapped,’ with two little kids to support – and unable to get a job because of his name. To do it on the morning of the December 11 anniversary when Bernie’s scheme came to light? He was clearly making a statement.”

Whatever that statement was, Mark’s suicide can’t be viewed as qualitatively different to the suicides of De la Villehuchet and Foxton. Self-slaughter is a desperate act, and its lasting effect is to pose an unanswerable question – as Vanity Fair commented, “The question even some members of the trustee’s office are asking regarding Mark Madoff’s suicide is, ‘Why?’”

Once again, it all comes down to the actions of Bernie, the fraudster who was recently voted in a Newsweek poll as “the most hated man in history”. Because the horrible truth is, behind almost every name in the 162-page US Bankruptcy Court filing on the Madoff matter is some deeply unfortunate person’s nightmare. And while each victim waits to see what recompense – if any – can be extracted from the mess, each still suffers a range of emotional responses.

At a public debate in New York City in January 2009, the preferred response of Nobel Peace Prize Laureate and Holocaust survivor Elie Wiesel was rage. An octogenarian who draws an income from teaching and writing, Wiesel was completely wiped out by the Ponzi scheme. “‘Psychopath’ – it’s too nice a word for him,” said Wiesel of Madoff. “‘Sociopath,’ ‘psychopath,’ it means there is a sickness, a pathology. This man knew what he was doing. I would simply call him thief, scoundrel, criminal.”

If asked now, perhaps he would use the word “murderer” too. DM