The Colonel is coming 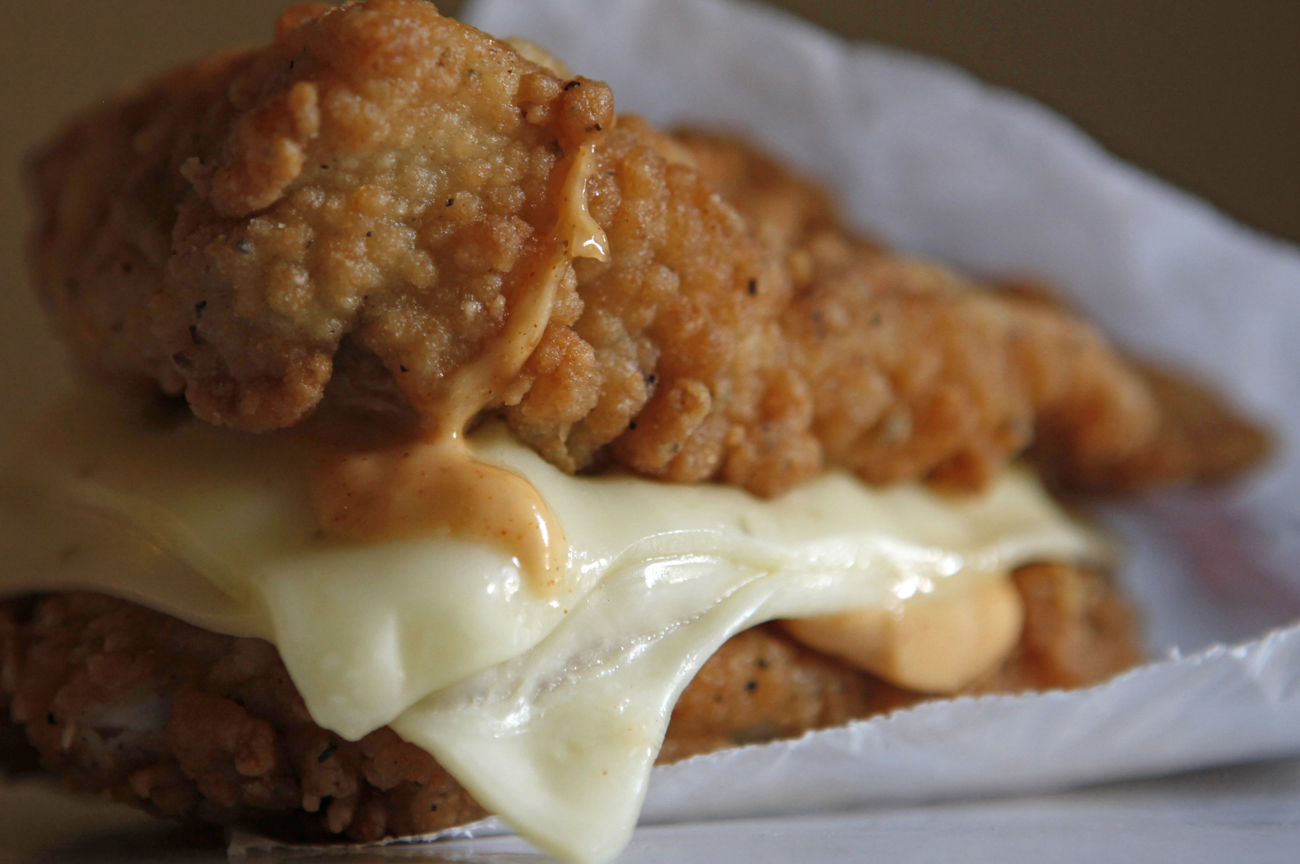 South Africans have long counted the Colonel from Kentucky as a friend. Back in the bad old days, we could enjoy his deep fried dreck while most other fast food joints stayed away. KFC is planning a massive Africa-wide expansion, and they’re using South Africa as a base. It’s all part of a larger trend: Food and beverage companies consider emerging markets as their great hope for continued year on year growth. They might as well be speaking of our waistlines. BY RICHARD POPLAK.

Yum Brands, the Colonel’s corporate backers, have had an interesting year. Deep in a fortified food lab somewhere in the Nevada desert, they created a menu item so impressively over-the-top that it made international headlines. The Double Down Sandwich is comprised of two hunks of fried chicken performing as an ersatz bun, holding two slices of Monterrey Jack cheese, bacon, ketchup and other heart-healthy options. (“This product is so meaty, there’s no room for a bun!”) At 540 calories, 32 grams of fat and a whopping 1380 milligrams of sodium, the Double Down was less a meal than it was a monument to excess. Nonetheless, one million of these sandwiches were sold in the US, and there was massive demand elsewhere. The Double Down won no fans among healthy eating advocacy groups, but it seems that you can’t shackle up deliciousness.

KFC, the Louisville-based Yum’s flagship brand (they also operate Taco Bell and Pizza Hut), has unequivocally proven that globalization flattens the world, at least when it comes to a bucket of deep-fried drumsticks and a flagon of ‘slaw. According to Chairman and CEO David C. Novak, over the past decade—including annus horribilis 2009—KFC has opened over a 1,000 stores per year outside the US and Canada. In 2010, 900 stores were opened in China alone. There are currently 3,700 or so restaurants on the mainland, and Yum foresees 20,000 stores there by 2030. Sixty-five percent of revenues come from outside the US, mostly because the international margins run at about 20 percent. This will change—the prices of both labour and chicken are rising in China—but it proves that in the fast food sector, emerging markets are extraordinarily lucrative.

Deng Xiaoping, in his famous speech in Shenzen in 1992, is alleged to have said: “To get rich is glorious.” He said nothing about the glory of getting fat. When he opened up the markets, companies like Yum flooded in. No one expected them to last. Nonetheless, weaning the Chinese onto American-style fast food has taken two decades, and it’s paid off: Yum is far ahead of rivals such as MacDonalds, and they hope to repeat this success in Africa. Culturally, this seems like no less of an uphill battle, until one notes that Yum has long had a foothold in the continent.

There are currently 600 KFCs in South Africa. Novak says that this country will serve as a base for the Colonel’s incursion into the rest of Africa. Here’s what the WSI Corporate consultancy website has posted about franchise opportunities in response to the following FAQ:

Q. Can I be involved in Kentucky Fried Chicken franchise opportunities in South Africa?

Yes. Every day, nearly eight million customers are served around the world in KFC. KFC’s menu includes Original Recipe chicken — made with the same great taste Colonel Harland Sanders created more than a half-century ago. Customers around the globe also enjoy more than 300 other products — from a Chunky Chicken Pot Pie in the United States to a salmon sandwich in Japan. KFC has more than 11,000 restaurants in more than 80 countries and territories around the world. And in quite a few U.S. cities, KFC is teaming up with sister restaurants, A&W, All-American Food, Long John Silver’s, Taco Bell and Pizza Hut, selling products from the popular chains in one convenient location.

How does one say no to that? Indeed, Yum expects a further 250 franchisees to say yes by 2014. And that’s just in South Africa. They have plans to expand into Nigeria, Angola, Zambia and Ghana, with an estimated 1400 restaurants continent-wide, representing an investment of over $500 million (US). African business currently generates about $48 million worth of revenue, projected to rise to about $120 million by 2014.

This is all part of a larger trend. Africa, once considered a no-go zone, is increasingly being viewed as the final consumer market frontier. There are success stories that have made the finance wonks sit up and take notice: Diageo sells more Guinness in Nigeria than it does in Ireland. With its massive population and growing middle class, Nigeria is about as sexy as they come. Distribution issues, shoddy infrastructure and political instability continue to plague too many markets on the continent, but when the IMF estimates sub-Saharan Africa’s growth at about 4.75 percent for 2010, the choice seems clear. Africa it is.

The continent is now being compared to China in the early nineties—as a place of opportunity. David Murray of Ernst & Young has said that, “you could characterize it as the final gold rush for the large consumer products companies of the world, because where are they going to go after Africa? There’s nowhere left.” The Double Down, it seems, is coming. I’ll take three, with a large fries and a liter of Coke. DM

Photo: A KFC “Double Down” sandwich, consisting of bacon, cheese and a special sauce in between two slabs of fried chicken, is seen in Montreal October 19, 2010. The sandwich contains 540 calories, 30 grams of fat and 1,740 milligrams of sodium. REUTERS/Shaun Best.