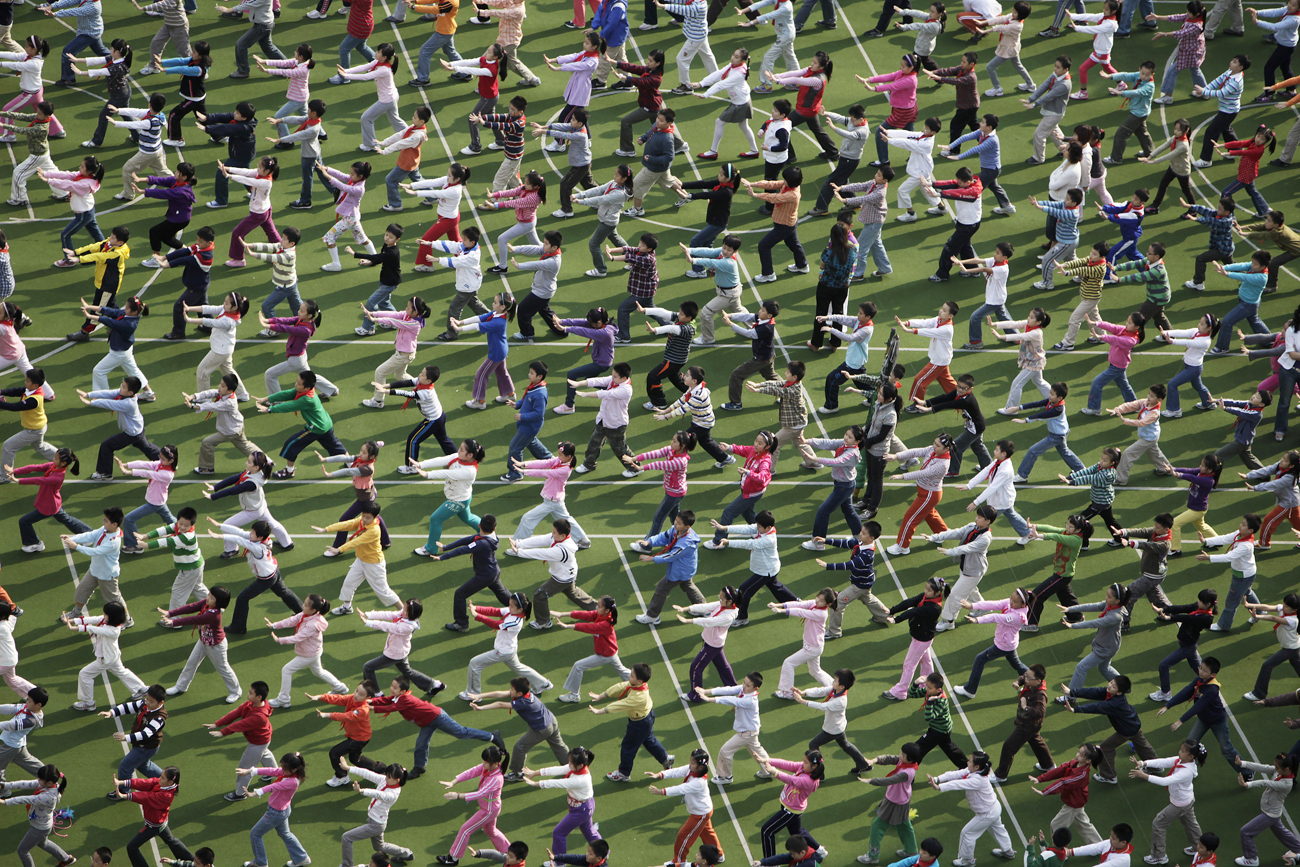 The results of the 2009 Program for International Student Assessment, a respected test for 15-year-olds from OECD countries, have just been made available. Western nations didn’t do so good; Asian nations fared better. But the pick of the bunch was Shanghai, which took part as a city. What does this mean for US dominance? By KEVIN BLOOM.

No, this is not the base-level eligibility requirement for a (paid) ticket to next year’s The Gathering, it’s a sample question from the Program for International Student Assessment (PISA), a test given to 15-year-olds from around the world by the Organisation for Economic Cooperation and Development (OECD). The question is number 16.1 from the Mathematics Unit, and further down things only get more difficult. Question 44, for example, looks at the percentage change in carbon dioxide emission levels for a range of countries over the period 1990 to 1998; the third part of the question, 44.3, asks this: “Mandy and Niels discussed which country (or region) had the largest increase of CO2 emissions. Each came up with a different conclusion based on the diagram. Give two possible ‘correct’ answers to this question, and explain how you can obtain each of these answers.”

Tough enough for ya? It was for students from the United States, who came around middle of the pack out of 65 countries that took part in PISA 2009, the results of which were released this week. Just over 5,000 students from across the US sat for the test, a number roughly equal to students from Shanghai. The latter stunned the world – but especially the Americans – by placing top in their first foray into what’s known as “international standardised testing.” Unsurprisingly, the New York Times article reporting on the results stated, as far up as the second paragraph, that “the scores from Shanghai… are by no means representative of all of China.”

What they are representative of, though, is the fact that the United States is beginning to lag many less powerful nations in the field of education. In an interview with the Times on Monday, Secretary of Education Arne Duncan said: “I know sceptics will want to argue with the results, but we consider them to be accurate and reliable, and we have to see them as a challenge to get better. The United States came in 23rd or 24th in most subjects. We can quibble, or we can face the brutal truth that we’re being out-educated.”

The United States was not the only country panicking after provisional scores were made available to the public. Israel, which has traditionally placed very high in the maths and science section, called their 41st place – symbolic of a total score much lower than the OECD average – a “colossal failure”. An editorial in The Australian lamented that Australia was one of the very few countries to show a steep decline in its average reading and mathematical literacy scores, and attributed the drop to the country’s policy over the last decade of alleviating the effects of social disadvantage by focusing on low achievers.

In Japan, newspaper reports were less alarmist. The Daily Yomiuri noted that in 2003 and 2006 (PISA tests are held every three years) there was widespread public concern over the falling standards of Japanese students, but that in 2009 things seemed to have stabilised. Japan placed eighth in reading on the latest tests, fifth in applied scientific skills, and ninth in applied mathematical skills.  What did worry the Japanese, however, was the fact that they were still lagging their Asian counterparts – Singapore ranked second in maths, fourth in science, and fifth in reading; South Korea ranked second in reading and fourth in math; Hong Kong claimed third place in both science and mathematics, as well as fourth in reading.

The big story, of course, is Shanghai, which ranked first in all three fields. Because regions from non-member OECD countries are allowed to participate in the tests (is it a good or bad thing that South Africa didn’t?), Shanghai decided to take part as a city. China’s contention that it wasn’t yet ready to participate as a nation played into the hands of some commentators, most notably James Fallows of The Atlantic magazine. “The 5000+ students who were tested in China’s biggest and most modern city may or may not be indicative of broader progress throughout the country,” Fallows noted. “Anyone who has had experience with schools and testing in China will want to know more about how these tests were administered, supervised, and scored.”

Still, to his credit, Fallows also wrote this: “As with just about everything concerning modern China, the results should be taken seriously. Chinese schools are full of bright and motivated students; many of them work and study exceptionally hard; most of them are aware of the make-or-break importance of tests in their own life prospects – and by extension for the country’s continued development. No doubt these results reflect something real.”

The “something real” they could be reflective of is a fundamental shift in the balance of geopolitical power. Oh, and the answer to that question in the first paragraph is “five” (The Daily Maverick looked it up). DM