Analysis: From the start, it was all about YOU. And Hui...

Analysis: From the start, it was all about YOU. And Huisgenoot. 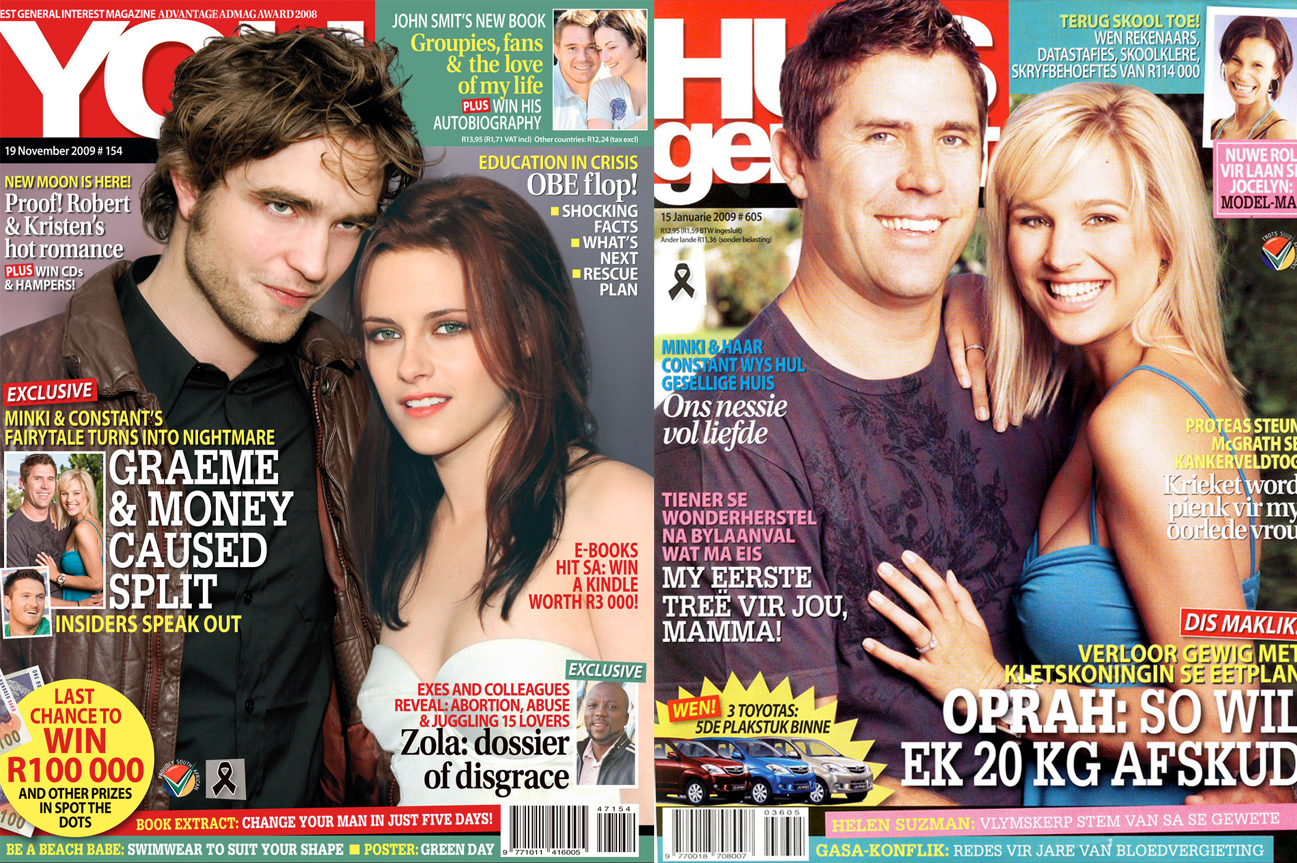 This year various ANC politicians have accused the media, and journalists generally, of being skiving gits. Of being people with no moral code, who’ll do anything for a story. Of being people who think they are above the law, who don’t care about ruining other people’s lives. Unfortunately, a court judgment is now going to give them plenty of ammunition. And worse, the court judgment, from what we can see, is absolutely correct. By STEPHEN GROOTES.

It’s not a case about politics, or politicians or even a vaguely political journal. But it is about one of the oldest magazines in the country. That’s right, it’s Huisgenoot. Founded in 1916, it has fed South Africans, along with its English publication You, a diet of celebrity gossip and titillating copy. It’s one of the few publications in this country that appears to pay cash money for interviews with newsmakers.

The crime of which it’s been convicted on Tuesday, by the Supreme Court of Appeal no less, is contempt of court. In 2008 there were revelations from a young Afrikaans singer-actor type that he had been abused by an older singer, Jurie Els. A well-known person, who had recently emigrated to New Zealand, Els heard about the allegations and obtained a High Court order ruling that his identity could not be published.

But Huisgenoot editor Esmaré Weideman had other ideas. In the words of the judges, “She was clearly determined to publish the article. For the reasons already mentioned, her resort to ‘the public interest’ must be taken with more than a pinch of salt.” And so what she did was to publish an editorial explaining to her readers that the magazines had been interdicted, by Els, and that this was about a story elsewhere in the publication. Or, as the judgment put it “the public was simply challenged to put two and two together”.

Els went to the Western Cape High Court where for reasons of jurisdiction (the first application had been made in Gauteng) he had no luck. But he was eventually able to take it to Bloemfontein. And the full might of legal Latin is now raining down on Weideman, and Naspers-owned Media24, owners of Huisgenoot.

“Weideman knew, therefore, that disclosure of Els’s identity (as the alleged abuser) either in the article or on the cover would breach the order. Consistent with that knowledge she must also have appreciated that disclosure in the editorial would have the same consequence”. In English, she’s lying when she claims she didn’t know that she would be breaking the law by doing this.

Perhaps the most personally devastating passage is this, “…not only has Weideman failed to adduce credible evidence of her bona fides, but her intention unlawfully to circumvent the court order is manifest.” She hadn’t proved she had good intentions when she claims she was doing this in the public interest.

All three judges concurred with the main order. But Judge Robert Nugent has written a separate but concurring judgment, in which he concludes “this is not about press freedom, this is about contempt of court”. We couldn’t put it better ourselves. In an aside, the judges also mention a journalist who tried to pressurise Els to persuade his wife to speak publicly about the claims, calling this “most distasteful”. It’s one of those little insights into tabloid journalism that explains a lot.

The damage to Weideman’s career has not yet been calculated. Media24 stood with her in the dock, and that may indicate she had the backing of on high. The SCA has sent the matter back to the Cape High Court for sentencing. Technically, she can face jail time, but a fine is more likely.

However, this is the kind of nonsense that will affect all in the media, if it’s not managed carefully. To willfully break the law so publicly, and then claim to be acting in the interest of the public is hugely damaging. It weakens the case of those who are genuinely acting in the public interest. It provides a great target for those opposed to journalists and journalism. It’s also just plain wrong. Weideman wasn’t acting in the public interest; she published the claim because she knew that she would sell more copies. It was because she didn’t want to be scooped by anyone else, or because she knew this kind of story played right into the tastes of her target audiences.

And in the process she could have ruined Els’s life. All for selling a few measly copies of a magazine. And there was no burning issue that needed to be published here, it was about claims of an incident that would never have made the Huisgenoot cover without a famous name being attached.

There is some silver lining here. A journalist has done the wrong thing, broken the law. The person affected was able to go to court, and had the means to appeal. He’ll get his money back, by the way, as Weideman and Media24 will have to pay his costs. And that journalist will now be punished. In this case the system worked.

The real lesson here, is that the system as it is, does work. And it has done so clearly and unambiguously without a media appeals tribunal. DM