The life aquatic with Neville Coleman 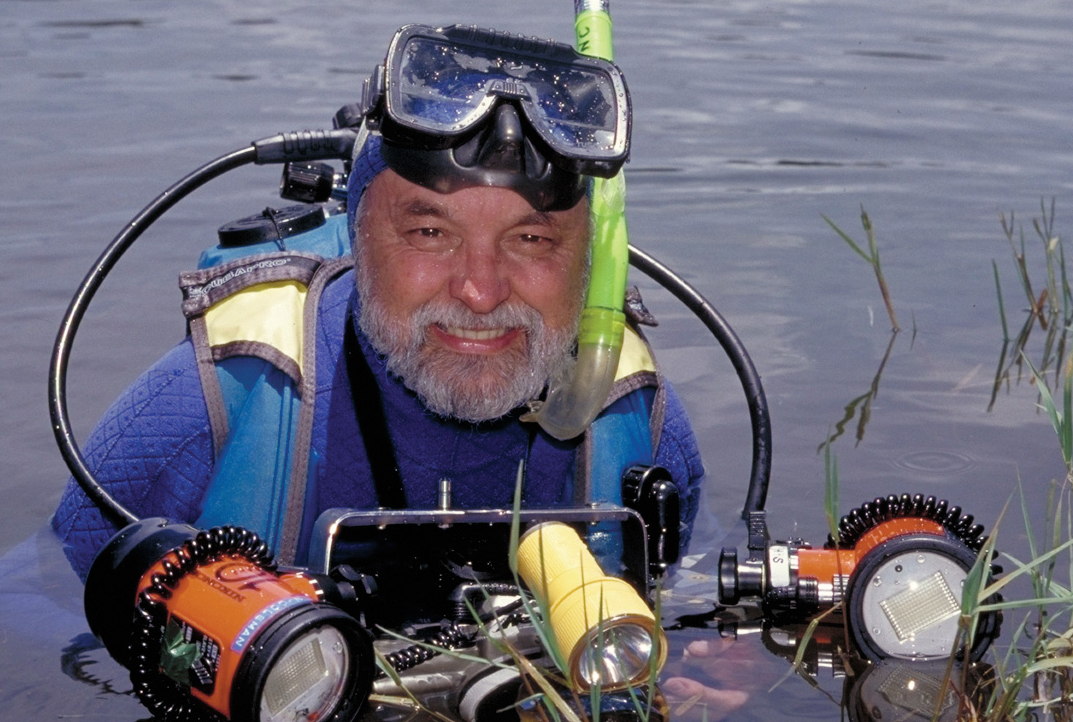 Neville Coleman has celebrated a lifetime exploring the oceans by making what he’s learned available to everyone. A man who has spent close on 50 years falling in love with life below the ocean’s surface, Coleman’s hoping his work will create a legacy to inspire new generations of underwater explorers and naturalists. By MANDY DE WAAL.

Today, he is a naturalist, underwater explorer and very much a legend. But even when he was 10 years old he wanted nothing more than to discover new creatures. “I used to spend hours collecting all sorts of animals from magazines and breakfast cereal box cards and sticking them into albums. I had albums on mammals, birds, insects, flowers, fish and critters from all over the world,” says Coleman.

In 2007 his name was listed in the International Scuba Diving Hall of Fame. The curious nature that defined him as a boy would lead him to discover hundreds of new underwater species that he’d introduce to the world.

And what about that album filled with critters? What started as a child’s scrapbook would evolve into one of the world’s most definitive electronic field guides and applications on marine life in the Asian and Indo-Pacific regions. Documenting 1,700 species, the eGuide is part of Coleman’s quest to enable new generations to fall in love with the oceans and the life they support.

“I started diving in the early 1960s and later joined a scientific study group documenting the marine life of Australia using underwater photography,” says Coleman, whose first book was published in the seventies. Since then, he has published more than 60 books and has had a number of marine species named after him. These include a mantis shrimp, Lysiosquilla colemani as well as the pygmy seahorse, Hippocampus colemani. What’s remarkable about Coleman is that he has no formal education. He’s not a scientist or a qualified researcher. Rather he’s a self-taught man. “I was very keen on nature, but unfortunately there was no nature study at school so I very much had to learn from experience and the people I met along the way. When I first started diving I had a life-changing experience after being panicked by a small shark,” says Coleman, speaking to The Daily Maverick from his hometown in Brisbane.

Coleman was shell collecting on the Great Barrier Reef when he was frightened by the shark. Once back safely on shore the fear he experienced paralyzed him from the waist down. “As I lay on the coral bank I made myself a promise that nothing in this world would ever reduce me to being that helpless again.”

Realising explorers had laid claim to so much of the world above water, Coleman decided to tackle his fear by exploring and documenting the worlds below the waters. He joined the British Sub-Aqua Club to become a scuba diver and to document the deep. “By 1968 I had an underwater camera and realised that for people to care for the seas and the creatures that inhabited them, somebody must first photographically document them.  So, in 1969 I set out on a self-financed Australian coastal marine expedition to photograph, record and assess the largely unknown marine life off the entire Australian continent.”

The expedition took close on four years and the result was the Australia’s first visual identification system of aquatic flora and fauna. “Since then I’ve continued to expand the content, taking in much of the Asia and Indo-Pacific marine regions as well,” says Coleman.

The culmination of Coleman’s life of exploration is the Marine Life Identification eGuide which, unlike a book, is searchable and easy to work with in the field. Because of its electronic nature it will be continually expanded with further contributions from Coleman. The guide is currently available for iPhone and iPod and the app will soon be geared for Android, Blackberry, Symbian (Nokia), Windows Phone 7 and Windows Mobile.

“In the past determining one underwater creature from another meant going back to the original scientific description. This was laboriously difficult and did little to contribute to making the oceans more accessible to novices.” When Coleman started exploring the oceans there was very little to guide him, and he’s hoping that by sharing his knowledge with the world it will become a lot easier for anyone to become an underwater explorer.

“Every dive is unique, but few divers have the understanding that allows them to comprehend everything going on around them. What I wanted to give people was the opportunity to learn how to recognise animals by repetitive viewing on their mobile phone, at anytime, wherever they are. Once visual recognition becomes more apparent, understanding the amazing interactions between the animals makes every dive a fabulous learning adventure,” says Coleman.

Closing in on his 70th year, Coleman still explores the oceans and has travelled the world lecturing aspirant explorers about aquatic life. Importantly, he’s realised his boyish dream of providing a simple visual identification system that will enable anyone to easily recognise marine life. By interpreting pure science and converting it into a user-friendlier medium rather than the complex taxonomic order typically employed to chronicle marine life, Coleman has made the identification of marine species more accessible.

“I believe scuba diving is the greatest adventure activity on the planet. Not only is a person trained to become skilled and disciplined to venture into an unknown medium, it provides a character-building experience and enhances confidence. More so, it opens up a new world of discovery to people who will hopefully fall in love with the oceans, just as I have.” DM

Read more: Visit Neville Coleman’s World of Water, Océans: The Fish Story That Is Sweeping France in Time, see The Best Underwater Views of 2010 at National Geographic, and Oceans – Crazy-looking fish, beautifully photographed in Slate. Read Barry Lopez’s essay The Naturalist in which the author of “Arctic Dreams” argues that in a world invested in hypermaterialism, the naturalist’s imagination is needed more than ever.