Analysis: 'Kill the Boer' and a small matter of context

Analysis: ‘Kill the Boer’ and a small matter of context 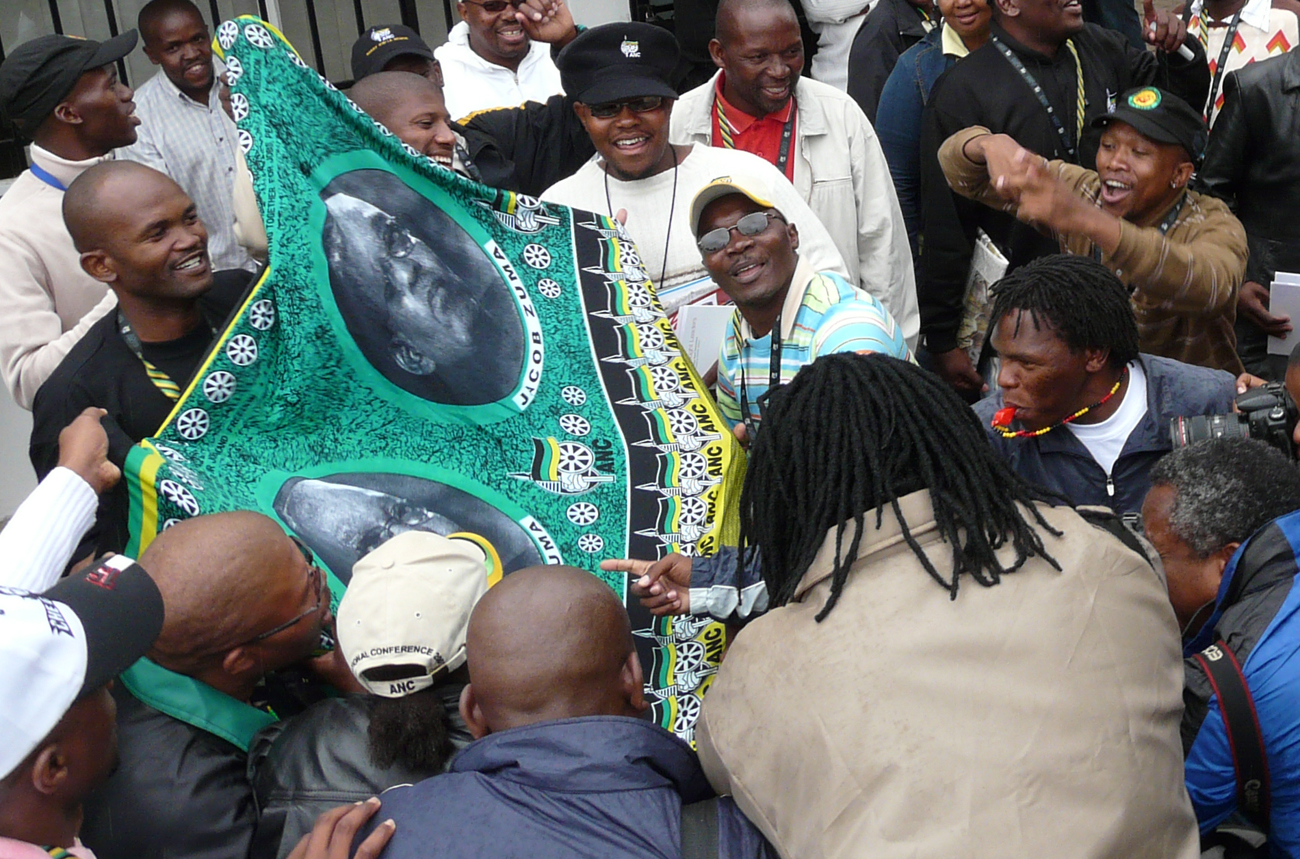 The case of one song has turned into an unmitigated disaster that may just haunt South Africa for many years to come. It’s hard to think of any issue that has seen more irrationality, more fear, more anger and more thick-headedness than the songs containing the phrase “kill the boer”. And the one group of people you think could save us from ourselves is our judiciary. Well, in this case, things have gone very badly indeed. By STEPHEN GROOTES.

Judge Leon Halgryn reserved judgment on Monday, thereby keeping alive the process that should have been done and dusted a long time ago. But let’s go back a bit. Hang on because it’s complicated. Earlier this year Julius Malema (we miss him, has he gone someplace educational… North Korea? Libya? – Ed) started singing one song containing the phrase “kill the boer”.

There are several songs containing that phrase, and on the ANC’s version, they were created during the struggle to get people fired up. Well, let’s just agree that they fulfilled their function and move on. Anyway, there are several legal processes underway but the strangest of them happened one quiet Friday afternoon. It was so quiet that no one realised the order had been made. An acting judge, Leon Halgryn had a strange case before him. On the papers he had been given, two friends who both belonged to the organisation “Society for the Protection of the Constitution” had had a falling out and wanted him to settle it. They claimed that an anti-crime march had been planned and one of them wanted to sing one of these songs, to fire people up in the war against crime. The other disagreed, and said he shouldn’t be allowed to sing the song.

It was a set up. It was staged. The organisation’s public face is Zehir Omar, an attorney with the right of appearance in the High Court. You may remember this same organisation popped up on the side of one JG Zuma in the case that led to the Nicolson Judgment. He also won the Khalid Rashid case which opened the lid on how a man was clearly spirited out of South Africa by men with American accents, and shipped off to unknown parts of Pakistan. Omar is one of those guys every legal system needs, because sometimes he’s right. After Halgryn handed down his judgment, the two friends embraced on the steps of the High Court and moved on with their lives.

That was in April this year, and in the meantime the ANC hasn’t been able to move on. And quite rightly, in our view, because it wasn’t a party to the original case. As neither of the parties wanted to appeal the judgment, it has had to ask the court for permission to “join the action”. And if the ANC wants something, well then, Afriforum must want the opposite.

In our legal system, if money is no object, and you want the right to express yourself in a certain way, you reach for the phone and ask for Gilbert Marcus. And on Monday he was made to work for his money. Halgryn is clearly unimpressed with all that’s happened. We lost count of the number of times he asked the question, “But what would happen if you changed the word ‘boer’ to Jew”. Marcus’ response has been, “This is a case about context”. He also points out that for him, he just needs to prove the ANC should have been a party to the matter, and then it’s up to an appeal court to sort it out.

Now, while Ivo Vegter is our resident expert on argument, this reporter feels the need to make the point. It’s no use claiming that because you can’t say “kill the Jew” you can’t say “kill the boer”. Context really does matter. “Kill the Jew” is a phrase with all the history of Nazi Germany, the Holocaust and the SS behind it. “Kill the Boer” is not. The two, in the mind of this writer, are not morally equivalent. This point has been made before, but think of being black, and seeing the phrase “White Power” spray painted on a bus. You think the white supremacists are coming to kill you. But if you are white and you see the phrase “Black Power” sprayed on a bus, is it as scary? One says anger and hatred. The other says anger and liberation. They’re different messages. Context matters.

The fact is the history of these songs cannot be divorced from the present. Our past may be another country, but we all come from that country nevertheless. While many are blaming the ANC for allowing these songs to be sung, there is a huge difference between singing something, which may be, and probably is morally wrong, and banning it altogether. Eminem may be morally reprehensible for some, as Elvis was before him, but that doesn’t mean either should be banned. If the ANC has made a mistake, it’s that it hasn’t explained the history of these songs properly. There’s been the odd press conference about it, but what’s really needed are public speeches, Thandi Modise explaining what the song means to her as an MK Vet, and while also showing how mlungus shouldn’t be scared of it. Would that be so hard?

A final comment. The legal system may have failed us here. While it’s asking for trouble to pre-judge Halgryn’s decision, and the ultimate decision about a case that will no doubt go to Constitution Hill, things have gone wrong. It’s simply appalling that this case has dragged on for so long. Why on earth was the application for leave to appeal – not the appeal, the application for leave to appeal – only heard now. And why did an acting judge hear this in the first place. It’s a hot potato. This is what happened in the politically explosive attempt by the DA to convince the North Gauteng High Court to reverse the President’s appointment of Menzi Simelane as the national director of public prosecutions.

And why are acting judges always in the urgent court in the first place? While we all understand that new boys have to earn their spurs, urgent court is where the tricky cases will come. The cases that could result in pre-publication censorship of newspapers and radio stations, where the chances of getting things wrong are higher simply because they are urgent. It simply makes sense to have your experienced people hearing your harder cases.

And in this case, a matter that should have been settled in April, will now only get a judgment on the application for leave to appeal next year. Bear in mind when Judge Chris Nicolson heard a similar application about Jacob Zuma, he made up his mind so quickly, he had to wait to make sure the cameras were ready. Because of the bad management of our courts, we’re going to have to live with this mess for at least another 12 months. DM