You only need to listen and 'A Handful Of Keys' will do... 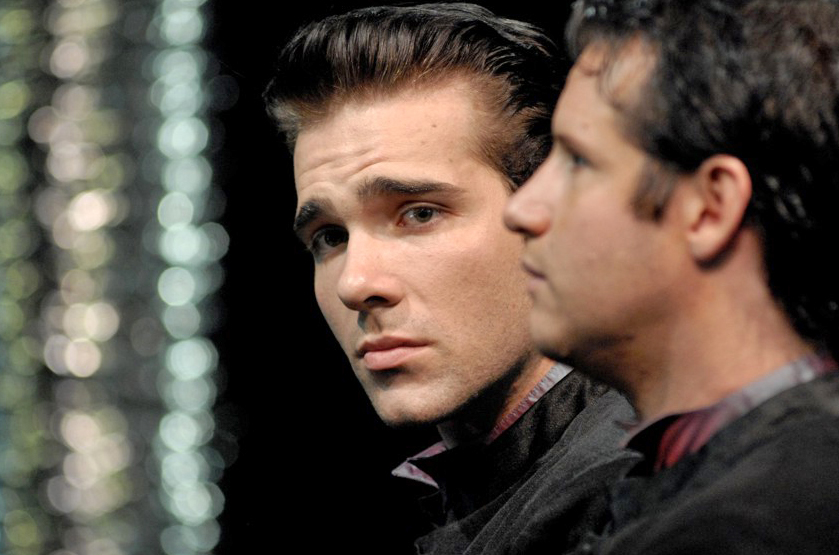 You can have such a lot of fun with a piano. Not like a cello, which is deathly serious, or a flute, where you can’t crack jokes because you’re busy blowing. By LESLEY STONES.

Nope, with a piano you can clown around, stand up, play it with your feet, lounge on top, dash around it, bash out some rock ‘n roll or give a virtuoso classical performance. It’s the key to endless variety, the baby grand piano.

Put two of them together and you double the possibilities. You also get “A Handful of Keys”, a super-slick show now in its 17th year, and still as fresh and zingy as ever.

Roelof Colyn and Jonathan Roxmouth carry the show superbly. They’re both great singers, fantastic players and happily send themselves up as they walk on stage in various flamboyant costumes. This is a lightweight tickling of the keys rather than a serious musical performance, yet the second half really brings their talent to the fore and shows off their calibre. It’s still just as funny, but the opening melody “Rhapsody in Blue” and then a hilarious, but highly accomplished rock ’n roll mash-up really proves you can only be a comical pianist if you’re firstly a brilliant one. They whizz us through “Yesterday” played in the style of various dead composers, mimic a range of more modern musicians including Elton John and Billy Joel, and give us a hilarious Stevie Wonder spoof with reworked lyrics. In another delightful scene Colyn on the piano totally upstages Roxmouth as he tries to sing a heartrending ballad. The pace is nicely varied, with upbeat scenes interspersed with more serious moments, and a joke is only ever a moment away.

For much of the first act some keys suffered an annoying clicking sound, as if the artists were tap dancing while they played. If you bash the stuffing out of a baby grand every night I guess that’s inevitable, and thankfully it was barely audible in the second half.

“A Handful of Keys” was created and first performed in 1994 by Ian von Memerty, who still directs it, but handed over the performing to Colyn and Roxmouth a while ago. It had sell-out seasons in 2008 and 2009 and the script hasn’t really changed, but it’s still worth a second look even if you already remember it. It’s a simple but highly polished production that relies on nothing but musical talent, sharp wit and some beautifully atmospheric lighting.

All you have to do is listen and laugh. DM

“A Handful of Keys” rollicks at Pieter Toerien’s Montecasino Theatre until 9 January.