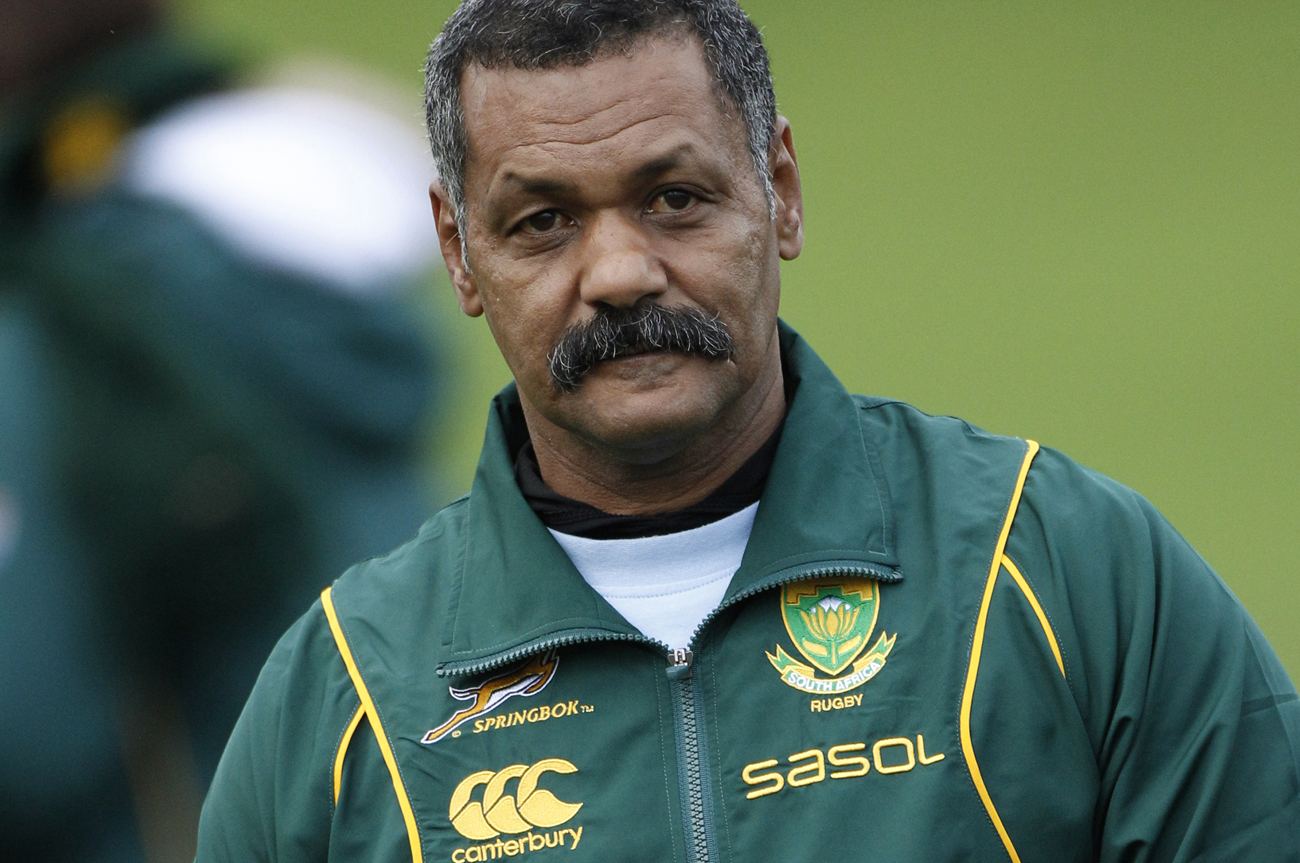 Like the NPA prosecuting a flawed case they must’ve known they couldn’t win, the Springboks are being sent into the court of public opinion with a shaky defence, a non-existent attack and the usual muddled thinking, writes TOBY SHAPSHAK.

The Editor, The Daily Maverick

I’d like to write a serious match preview, but it’s a little difficult to do that. Can you live with this:

The Springboks, despite being the rugby world champions, are in disarray, have no game plan, have no inclement weather Plan B, have lost to the weakest UK side (in the rain), and are now expected to play the strongest side, England, who have dispatched Australia and Samoa in the past two weeks, in the snow on Saturday.”?

Or: “England, despite being in a rebuilding phase, are the favourites to beat the world champions, who are being ruthlessly exposed this year for their tactical naïveté, and lack of fitness and preparedness.”?

Ok, I thought as much. But really, Branko, how do I write about a supposedly professional outfit when they continue to play like amateurs?

We all know the coach is clueless, but immune from prosecution. It’s as if the administrators are staffed by the same team from the National Prosecuting Authority who tried to get Glenn Agliotti convicted. The court of public opinion can plainly see they have no case – as much as P.Divvy has no plan, no back-up plan, no long-term vision and an inability to differentiate between winning and losing – but still they spend a fortune taking a massive case to trial, only to fail the moment any meaningful scrutiny is applied?

How many more defeats must we suffer before common sense prevails? Before we send the same game-planless players onto the field; players who can’t adjust to the competition’s tactics and who appear as rudderless and clueless as the coach? I know it’s a fact that the fish rots from the head – which I recently found out is a Yiddish saying – but that’s no help. Unlike fish, you can change the head coach of a rugby team – even one that has to suffer the ignominy of the coach’s bizarre and nonsensical post-match excuses?

How about his pearls from last week?

Peter de Villiers, who SA Rugby seemingly won’t fire because they’ll have to pay out the rest of his contract, had this gem to say about Test rugby: “You can’t control winning or losing”.

I’m sure his counterparts over in New Zealand and Australia feel the same. I mean, why hire a coach who can’t make his team win. I’d love to see him tell the inscrutable Graham Henry his other unfortunate comment: “People obsess too much about winning and losing, and I think lately I am guilty of obsessing about it too.”

Of course, because the fans don’t obsess about winning, nor the sponsors. What a waste of time for an international coach to be obsessive about making his team the best – which requires winning.
After the Springboks won the Tri-Nations last year by winning the first four games back-to-back, they lost five out of the six Tri-Nations Tests this year, including three each to New Zealand and Australia. In addition they’ve also succumbed once to France and Scotland, as well as once each to UK club sides Saracens and Leister.

After Scotland’s rain-soaked victory, De Villiers also said: “I spent a lot of time watching the game again, sitting with Victor and the other coach, and what we saw was that what we didn’t do well was our execution.”

Apart from inadvertently admitting Matfield is a “coach”, or has as much sway as a coach – who is the De Villiers is referring to? Dick Muir, Gary Gold, Os du Randt. Imagine how the latter must feel, a long-serving icon of the game, who is a rare double World Cup winner – under Kitch Christie in 1995 and Jake White in 2007.

Du Randt has been there, seen what it takes to win the quadrennial tournament, knows the difference between “winning and losing”. And then some. I wonder how he feels about De Villiers calling Ryan Kankowski the best player against Scotland, then watching him being dropped out of the match 22 completely. Or sitting in team selection meetings, trying to fathom, like the rest of us, what P.Divvy meant when he tried to explain bringing on Pat Lambie, who missed a vital conversion, in the Murrayfield downpour: “If you look at the bigger picture towards next year’s World Cup then you have to say that the players need to get experience of playing in these conditions.”

As Andy Capostagno, the best rugby commentator in the country, said: “Under De Villiers, the Springboks have become so used to chasing high kicks that they have forgotten how to do anything else.”

Victor Matfield, now the most-capped Springbok, is not a bad captain. Three Super rugby titles (two in the past two years) prove that, but would the injured John Smit’s calm head have aided the Boks in the Scotland mess? We’ll never know, just as we’ll never know what De Villiers is really thinking.

According to the coach, there’s nothing wrong with the Springbok game plan, it just isn’t being executed right. “That game is behind us now, but we’ve looked hard at the lessons of it and know that we can’t allow ourselves to make as many mistakes in our basic execution.”

So what do I do, Branko?

I can tell you the England are looking to scalp South Africa, in spite of the usual “the last time the sides met, SA won” previews or that the English loose-forwards will have a field day with Deon Stegmann, like Francois Louw in the Tri-Nations, struggling to make the step up. Keegan Daniels didn’t even make the bench, although SA-born Hendre Fourie did for his adopted country.

At least there’ll be one South African player celebrating a victory in the cold at Twickenham. DM