Brendan Jack: a funny man, even without the Bin Laden h...

Brendan Jack: a funny man, even without the Bin Laden handbag-beard 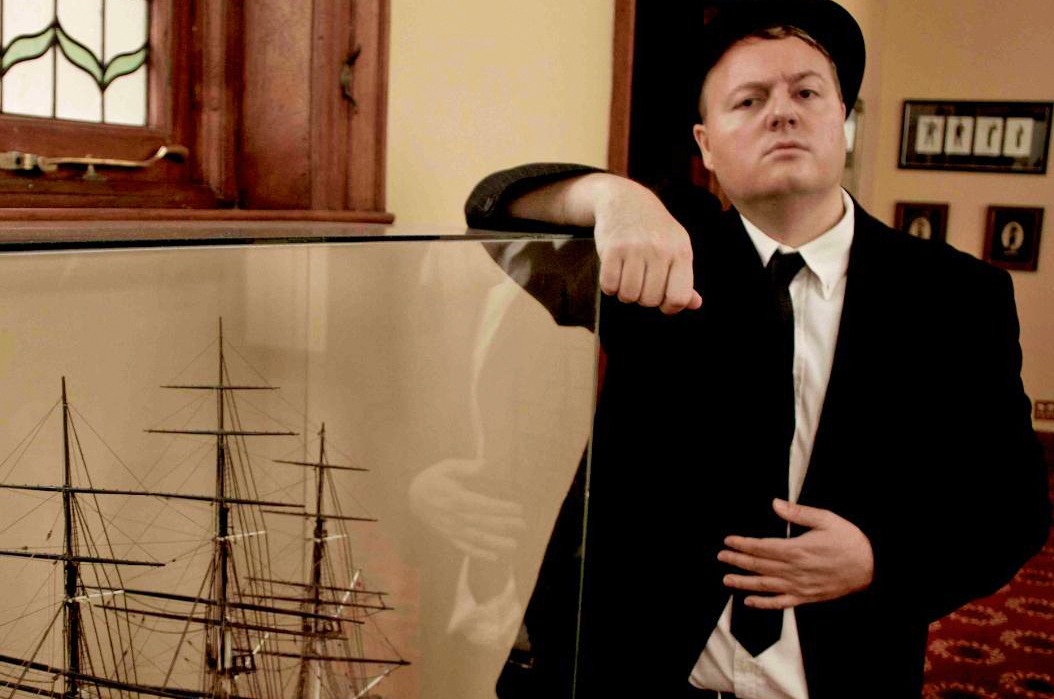 Heard the one about Brendan Jack dressed as Osama bin Laden with a furry handbag as a beard? Or the junkie that snorted curry powder? The Daily Maverick ventured on a perilous quest inside the mind of Brendan Jack to find whose funny, what’s funny and what funny is. And returned to tell the tale. By MANDY DE WAAL.

A stage surrounded by thousands of people is that place where funny people go to blow the crowd away, or die. Ask who South Africa’s funniest man is (yes, it’s always a man) and there’ll be a heated debate around Riaad Moosa, Loyiso Gola, John Vlismas and that newer contender Nik Rabinowitz.

This debate is likely to be ended (or fuelled) early next year when local comedians get to choose this country’s top comics in the first Annual South African Comics Choice Awards. But why wait that long? The Daily Maverick asked right now’s funny people who’s the best, what makes people laugh and whether Julius Malema is funny.

The first comic to step up to our stage is Brendan Jack, whose best stage laugh came when he was dressed as Osama bin Laden. Remember when Bin Laden was bigger than Paris Hilton? Jack wore a white smock and a furry handbag as a beard when the chair he was on fell backwards into the crowd and he was lost in his smock. Things went downhill from there.

Hopefully our interview will go a little better as Jack muses on Kortbroek’s langbek and junkies who snort curry powder.

Intentional and unintentional stupidity gets laughs. A minority enjoy the witty works of PG Wodehouse. One percent enjoy statistical humour.

DM: Is Julius Malema funny? Is Jacob Zuma funny? Is Helen Zille or Patricia de Lille funny? Is Kortbroek still funny or is he just a former-person-who-was-funny-but-sold-out-to-the-ANC-and-is-now-completely- passé?

BJ: Julius is currently funny, but won’t be funny when he becomes president. Comedians take note, after Caesar’s inauguration, you’ll be the first against the wall. Jacob’s like an uncle who used to be funny when you were a kid, but is now serious because of the pressures of adulthood. Helen Zille is funny in a pleasant, dinner-conversation way. I once showed Patricia de Lille how to footskate. She was into it, so she has that skill to fall back on after politics. Kortbroek is now langbek in a langbroek. I’m not sure what that means, but it makes me like him more when I think of him that way.

BJ: Politics is funny to everyone not living under a dictatorship. Politicians are funny because they use egotistical grandstanding to serve themselves and do positive things for the community – around election time. Politics is funny because it could actually be automated, where tax money gets efficiently distributed through a software program. Other than that, politics is essential. What was the question again?

DM: What’s the funniest thing that happened in politics this year to date?

BJ: I’m still enjoying the Julius Twitter thing. I’d like to have been in that “We must closer down Twitter” discussion – as they attempted to go online with dial-up modems connected to stolen Telkom lines.

DM: Who makes you laugh and why?

BJ: Friends, angry people in traffic, drunk people who cry in public, dogs that get stuck together when humping.

DM: Who’s the funniest comedian in South Africa in your book, and why?

BJ: Dave Levinsohn, Riaad Moosa, Loyiso Gola, many people would say Nik Rabinowitz – they’re all great onstage. But for sharpness and lack of fear, I’d say John Vlismas. He can work any audience. Apologies to unmentioned comedian friends, I got typing cramp. You’re all the best.

DM: Who’s the funniest comedian in the world in your book, and why?

BJ: Thanks for mentioning my book, I’m still looking for an agent. There are too many to select only one. I’d include Mitch Hedberg, Louis CK, Demetri Martin, Jack Dee, pre-Hollywood Russell Brand, Dylan Moran. All have different styles and aren’t regurgitating the same clichés and easy laughs.

BJ: The one about Schabir Shaik getting a doctor’s note to get out of prison. That was an April Fool’s Day joke, right? Right?

BJ: Something about a junkie who snorted curry powder…  they found him in a korma. But not really. My jokes are more performance-based and not really one-liners. I’m doing an impression of Christopher Walken as I type, what do you think?`

DM: What does it feel like being funny – making people laugh?

BJ: It eases the pain of being alive in a cruel world; much like dogs ease their pain by barking at cars all day. It’s also fun and cheaper than therapy.

DM: Have you ever read ordinary South African news and burst out laughing?

BJ: Daily. I love all Caxton newspapers, reporting small town headlines like ‘Groom arrested at own wedding’ and ‘Sewer still smells’. I drive around Gauteng picking up editions like the Roodepoort Record and Randburg Sun.

DM: Does anyone on TV or at the SABC make you laugh?

BJ: I once met a creepy sound engineer in the bowels of the SABC. He made me laugh in a Josef Fritzl-telling-a-joke-at-the-family-dinner kind of way. Uncomfortable. Horatio Caine’s seriousness in “CSI Miami” can make anyone laugh.

DM: Any guilty pleasures when it comes to comedy or laughing?

BJ: I once laughed at my own joke, but the audience didn’t agree. There aren’t any guilty pleasures when it comes to laughter – if you’re laughing, it’s healthy. Unless you’re into skinhead humour, then it’s probably not kosher.

DM: What’s the one thing you’d dare say here or repeat to our readers that will make them crack up laughing?

BJ: Pay your TV Licence? I’d have to create a bespoke joke for each of them. Send me 50 bucks, and I’ll revert soonest.

DM: Anything else that’s funny?

BJ: People who say they’ve always got a bottle of champagne in their fridge. Does that make them fabulous hosts or alcoholics? Also, Mitch Hedberg said that wearing a turtleneck is like being strangled by a very weak person. DM