Monarchy in the UK: Johnny Rotten's about-face in The S...

Monarchy in the UK: Johnny Rotten’s about-face in The Sun 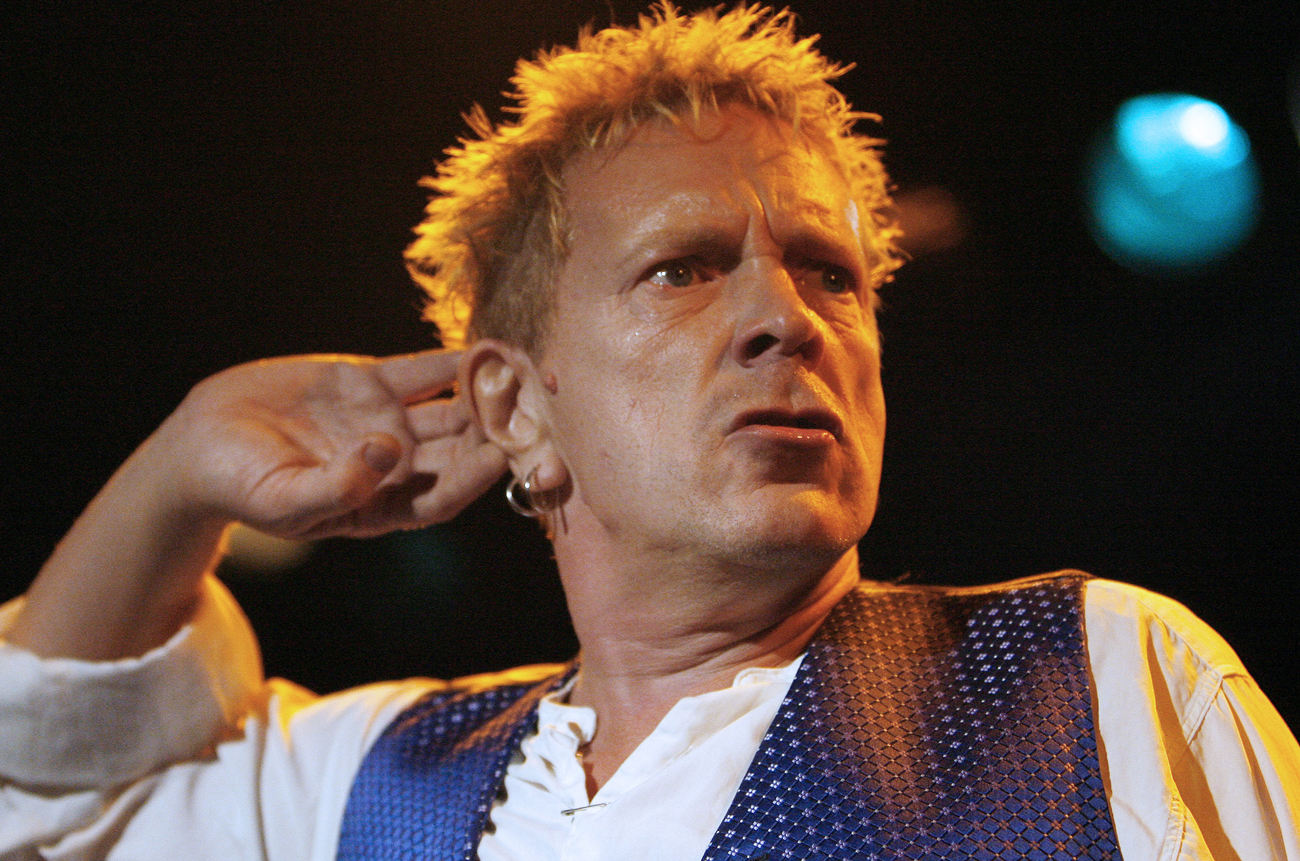 The man who defined the punk movement with the closing refrain to God Save the Queen, just eight simple letters that spelled “no future”, Johnny Rotten seems to have gone soft on the royals in his dotage. In a piece for UK tabloid The Sun entitled “God Save Wills and Kate”, he explains why. By KEVIN BLOOM.

“I am an anti-Christ/ I am an anarchist/ Don’t know what I want/ But I know how to get it./ I wanna destroy the passer by/ ‘Cos I wanna be anarchy,/ No dogs body.” It’s that last line, “No dogs body”, that really gives the opening verse to Anarchy in the UK its punch. Like a full stop at the end of a three-page stream-of-consciousness paragraph by James Joyce (if, say, Joyce were channelling Charles Manson), or a final shell that lands bang on target at the end of a salvo of artillery fire, Johnny Rotten lets Britannia know that he’s not fucking around. The track was one of two from the only album ever released by the Sex Pistols, “Never Mind the Bollocks, Here’s the Sex Pistols”, that were perceived as degenerate and offensive assaults on Britain’s monarchy, government, social institutions, and – most importantly – its average citizen’s general idea of what constituted decent behaviour.

The other was God Save the Queen, which has an opening verse that goes like this: “God save the queen/ The fascist regime/ They made you a moron/ Potential H-bomb.” The song, like the album, was released in 1977, the year of Queen Elizabeth II’s Silver Jubilee, and both the BBC and the Independent Broadcasting Authority refused to play it. But it got to number two on the UK charts at the time anyway, which in hindsight was actually number one on the UK charts, as admitted by the BBC in 2001 (seems someone at the Beeb had put the fix in).

Watch: The Sex Pistols performing God Save the Queen

Still, these may be the words of a mellowed old man looking back, and it’s worth detailing a couple more facts about God Save the Queen before we get to the point of this article. Like the fact that on 7 June 1977, the very day of the Jubilee itself, the Sex Pistols attempted to perform the song outside the Palace of Westminster, from a boat on the River Thames named The Queen Elizabeth (there was a punch-up involving a cameraman and the bass player Jah Wobble, and when the boat docked 11 people were arrested). Or the fact that the song’s closing refrain, “no future”, became the epigraph of the punk rock movement.

Okay, here’s the point of this article. On Thursday 18 November, the inimitable British tabloid The Sun – actually, the newspaper that is to tabloids what God Save the Queen is to punk – scored another in a long line of coups by getting Johnny Rotten to write for them. His topic? It’s all revealed in the header: “God Save Wills and Kate.” The first paragraph, on its own, is worth the price of admission: “When I heard William had popped the question to Kate, I had a nice cup of tea for them. Later on, I might even put some bucks fizz in my veins in their honour.”

As the piece progresses, Rotten doesn’t flag. He calls it a beautiful love story, congratulates Katy for being bang on the money and bagging the number one contender, says they look really in love, has a go at the British class thing and explains why this match is a lovely exception, commends the lack of ostentation and flamboyance, wonders whether they’ll have a small wedding, remarks on how they really seem to care for each other. Granted, there is a bit of repetition, but considering the amount of class-A narcotics the man has ingested over the years it’s a remarkably cogent piece of prose.

The standout paragraph has got to be this: “When I was growing up there was a Mother Superior tone coming off the Queen and I found her to be repulsively, bitterly condescending. But I don’t get that from this lot. They’ve mellowed that out. Charles is a really good-natured bloke who talks to plants. There’s nothing wrong with that.”

No future? Not any more; not now that Johnny Rotten’s a believer. DM

Read more: “God Save Wills and Kate,” by Johnny Rotten in The Sun