Liefling: get used to Afrikaans musicals, this ain't th...

Liefling: get used to Afrikaans musicals, this ain’t the last one 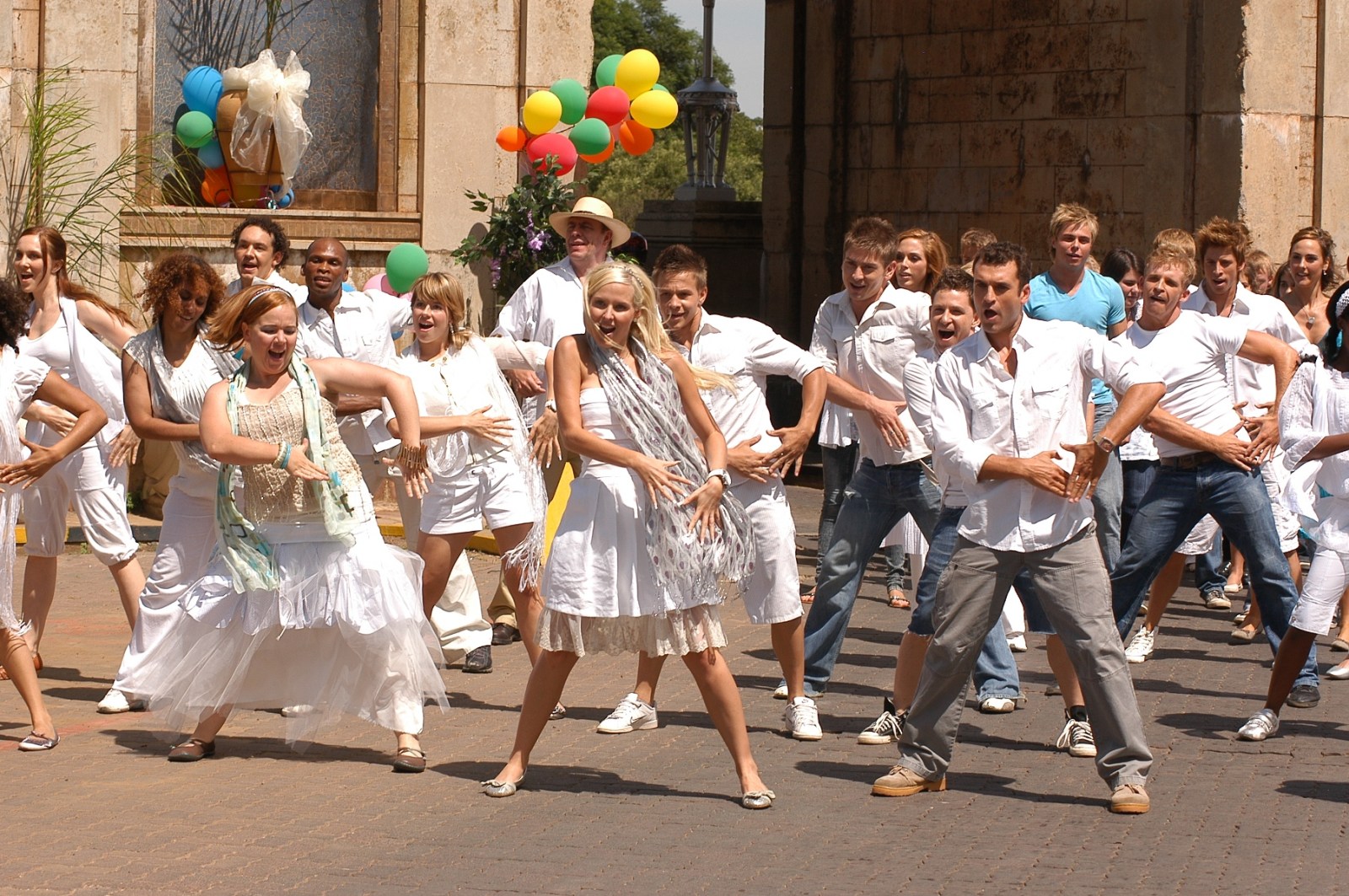 It's not a great movie, Liefling, but then a R5 million budget only takes you so far. It's passable, though, and with just a touch of Bollywood and a great deal of Afrikaans musical nostalgia, that is quite enough for it to become a profit juggernaut. And kick off a new wave of filmmaking the likes of which South Africa has never before seen. By PHILLIP DE WET.

Liefling (which translates literally as “sweetheart”) opened on 92 screens this Friday, making it the biggest Afrikaans movie release in history – and the biggest musical release ever in South Africa. Keep in mind that puts it up against smash hits like Moulin Rouge, Mama Mia and the High School Musical franchise.

Is it that good? No, not really. The movie is occasionally let down by dodgy editing and unfortunate cinematography, and by surprisingly poor lighting throughout. That, however, does little to detract from its glaring commercial potential, sufficiently obvious even before its release that similar projects are already well underway.

Liefling is a simple boy-meets-girl-who-runs-off-to-Switzerland story, with just enough embellishment to allow the use of a couple of unrelated songs. It is all about the music, you see; the storyline, like that of pornography, is the thinnest possible justification to transition from one fan-pleasing scene to another. The music, the rights to which came with a R800,000 royalty price tag, consists entirely of well-loved Afrikaans music slightly reworked, and is mostly performed by artists any Afrikaans music-lover (and even a number of rednecks) will recognise. That is where the magic happens.

“We took the music of the last 40 years and worked with that, songs that don’t get any recognition today,” says executive director, funder, and concept-originator Paul Krüger. “We had a little girl of about 11 or 12 at one of the screenings, and when she came out she asked me: ‘Uncle Paul, did you write all of those songs?’ These are classics, but the kids have never heard them.”

The kids are a peripheral but important audience. Krüger is shooting for, and will certainly capture, the attention of an audience 40 and older, the age group prone to nostalgia. But in creating a movie that not even Disney could fault, without a single swear word, sexual suggestion or hand raised in anger, he made damn sure it is family-friendly. Wouldn’t want mommy and daddy to pass up on movie night because they can’t organise a babysitter.

That is a remarkable departure from every mainstream Afrikaans movie produced in recent years, which, judging by the content, implied that the lowest common Afrikaans denominator makes American trailer trash look positively classy.

With Afrikaans music consistently outselling everything else on shelves, and the re-emergence of musicals as money spinners in recent years, it seems incredible that Sarafina was the last local musical to be produced, way back in 1992. Yet even as crotch-kick Afrikaans movies and Leon Schuster comedies and the occasional art movie with limited appeal like U-Carmen eKhayelitsha were made, nobody looked to localise American and Indian success. Not until Paul Krüger got stuck in a car on the way to Bloemfontein with the soundtrack to the Mama Mia movie.

“I never even knew there was a movie,” he says of the experience. “A week later I watched the movie, and then it just seemed natural to make an Afrikaans musical.”

It helped, of course, that Krüger has been in the music video business for some time, giving him access to artists, his own camera plus a loaner, credit cards that could take a bit of punishment, and what seems to be a pretty good idea of what Afrikaners will consider fun. Throw in a couple of dance students eager for exposure and two years later you’ve got yourself a movie.

Liefling is optimistically subtitled in English, but any English-speakers who get dragged to it had better have a keen interest in sociology or something. Aside from academic interest, there’ll be nothing in it for them.

That doesn’t mean the phenomenon of the Safrican musical will be limited to Afrikaans, though. At least three other local musicals are in the planning phase, being shot, or in post-production. Krüger swears on all he holds holy that there won’t be a Liefling II, but is not entirely opposed to the idea of hooking up with Bollywood producers to explore co-productions, or just plain bringing in experts in areas like big-scene dance numbers for a new project.

First, though, as sure-thing as it seems, Liefling needs to prove that pure, clean escapism can sell. The cinema release doesn’t carry that burden all on its own; the DVD version, scheduled for release on Valentine’s Day 2011, should add nicely to the takings. If the total ends up being big enough, expect many, many more musicals in the second half of next year and beyond. DM

Photo: Liefling’s big dance finale, shot on the Hartebeespoort Dam wall, where even the crew pitched in to swell the on-screen numbers.