Defence of SA's image starts in the townships

Defence of SA’s image starts in the townships 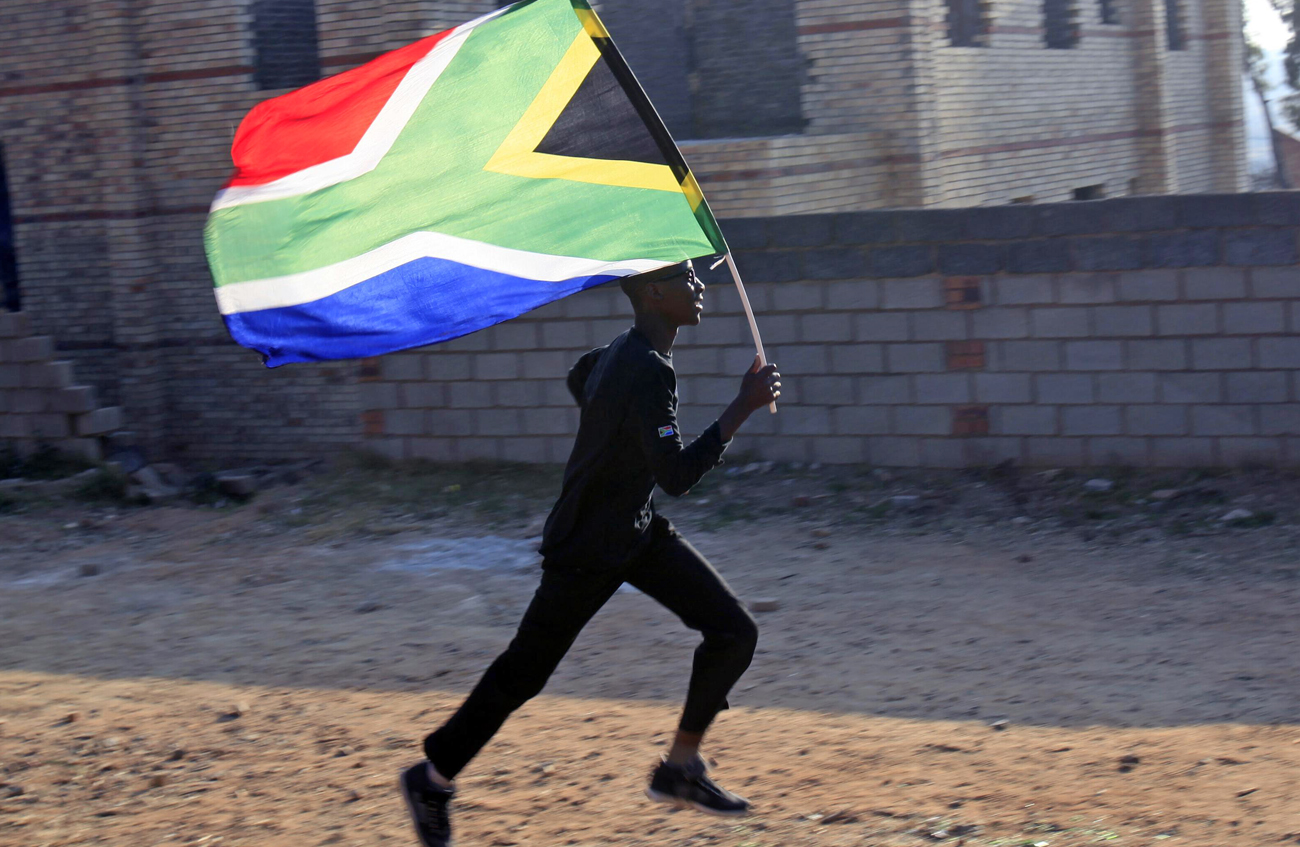 Last week’s murder of a British tourist saw the global media quickly revert to clichéd form with a slew of hysterical headlines warning tourists off South Africa­ because it is ostensibly crime-infested and dangerous. Tourism business owners in local townships are more pragmatic. They believe the incident was isolated and, although this country  has its problems, local crime largely doesn’t affect tourists. By MANDY DE WAAL.

“Bride butchered on her honeymoon.”

That’s just one of thousands of headlines that circled the globe this week as warnings to tourists ricocheted across world media following the murder of Briton Anni Dewani, while she was honeymooning in Cape Town. The grim story of Dewani’s hijacking and abduction near the legendary Mzoli’s restaurant in Gugulethu, and her subsequent murder in Khayelitsha, reduced the image of South Africa once again to a crime-infested cliché.

On the back of international media reports predicting South Africa would experience a drop in the rate of visitors to this country, local tourism authorities warned travellers of the country’s hot spots and danger zones, which have rekindled perceptions – slightly ameliorated by the relative success of the 2010 Fifa World Cup – that the country was unsafe.

“Crime is every country’s sickness. You can go to Europe or the US and be mugged or murdered,” said Paula Majola, who owns Ekhaya Guesthouse in Orlando West, Soweto. Majola , who is currently upgrading her establishment following a post-World Cup tourism boom, said tourism authorities shouldn’t warn visitors, but rather educate them on how to enjoy their stay in South Africa – much as European and North American countries do.

“Tourists should never try to economise by getting their own taxis or people to show them around. I ensure that my guests only use accredited tour operators. My advice is that if you’re trying to scrimp on money, you could end up paying for it with your life,” said Majola.

She added that Orlando West was a safe neighbourhood for tourists and local visitors because the community has organised block watches, visible policing was a mainstay in the area and people living in the neighbourhood benefited from tourism, which made them very eager to protect their source of revenue. “If guests want to go to a tavern, we only refer them to places [where] we know locals will look after them. We know the people that frequent the local taverns; we know they are friendly and will even walk our guests home – not because it’s unsafe here, but as a courtesy and because we enjoy the company of international visitors,” said Majola.

Benjamin Mamatela, the manager of Sakhumzi restaurant opposite the Mandela Family Museum in Orlando West, said the murder of the British tourist was “unfortunate, but isolated”.

“So much has changed in the lead-up to and following the World Cup. Police regularly patrol this area and there’s a special task team of volunteers to ensure the area is safe. People used to have the perception that Soweto is a rough and unsafe place, but that’s no longer true. We’ve changed that and now thousands of visitors come here without any incident,” he said.

The facts support Cele, Majola and Mamatela’s statements. Yes, South Africa does have a high crime rate but tourists are largely unaffected. Statistics from the British foreign office show that UK tourists are more likely to be hurt in Thailand, Greece, Egypt or India than in South Africa. In an AFP report on the figures, foreign embassies were quoted as saying the incidents of visitors murdered in this country are so low they aren’t officially tracked.

Orlando West has clearly benefited from a strong and steady flow of tourism and the suburb’s famed Vilakazi Street – formerly home to both Desmond Tutu and Nelson Mandela – has restaurants spilling out onto newly sculpted sidewalks and freshly tarred streets. The whole area has been regenerated by a major World Cup make-over.

However, life’s different a few kilometres away in Kliptown, where gravel roads are studded with portable toilets in an area where residents say some 80% to 90% of the community is unemployed. Walking alongside the railway tracks on the edge of the township there’s a strong, intermittent waft of human excrement as the morning breeze flaps open a mobile loo door to reveal an unsightly mess.

Kliptown doesn’t get many white people or international visitors and isn’t a priority for service delivery, which is why the dilapidated mobile toilets stud the railway tracks on the outskirts of this impoverished neighbourhood.

At the abandoned Battery Centre, Nhlanhla Maseko oversees a group of youths who rehearse plays, gumboot dancing and do upholstery work to make money. The derelict building is a multipurpose place for learning new skills, making crafts and sleeping. “We want tourists to come here, see our work and bring money to the area,” says Maseko, who tells the story of visitors from the Netherlands who came to the centre, met some of the youths and then helped fund a football tour to Holland for the group’s soccer team.

Aside from international contacts and opportunities, Maseko’s collective sells T-shirts and scatter cushions which bring in money alongside the dancing and street theatre. Speaking about the Dewani murder, Maseko says it was just a matter of bad luck. “You can’t restrict tourists from going where they want to go, they have their own agenda. It was just a matter of being in the wrong place at the wrong time and that kind of bad luck can happen anywhere.”

What changes the “bad luck” are initiatives of the kind pioneered by Bob Nameng, the founder of Soweto’s Kliptown Youth (SKY) club. The centre has theatre programmes, an after-school-care centre and a feeding scheme that gives three square meals a day to more than 1,000 children who otherwise would go hungry. We’re shown around SKY by Thabo Mbhele, who was raised here and who says Kliptown is gold to him – rich in history and culture but incredibly poor in infrastructure.

“We get very few white visitors and it’s important for visitors to come. I don’t distinguish between tourists and visitors from our own country; everyone must come and see what we’re doing and meet the community. I am not being racist, but we don’t get lots of whites here and when the kids see white people they think they’re special or holy and are scared and run away from them because they think white people will hurt them,” Mbhele says. “We want people to come because the only difference between us is language and colour. We’re all just people and we want to build a Soweto without artificial boundaries. We’re longing for white people to come to live and settle here.”

Nameng says tourists don’t only bring money, but exchange cultures. “Yes, there’s the money, but they also help us deal with our issues. We’re a young democracy and a young country and the world expects us to behave like people who grew up with privilege when we’re the product of an apartheid evil. We’ve a lot to learn and the world has a lot to learn from us.”

For Nameng, tourism is essentially about cultural exchange and he says that visitors experience diversity, beauty and a wider range of cultural experiences than they would anywhere else in the world. Just as the visitors experience this, South Africans have their own preconceived notions about tourists challenged and changed. “Crime is everywhere, but we mustn’t over-react. There are issues we need to deal with, but these won’t be fixed overnight.”

Nameng says the way the media reports on crime is disturbing. “I don’t know why bad news always sells. There’s so much that’s good that is happening in our country and we’ve got so much to do in terms of building values, morals and teaching people about transformation, I don’t know why the media can’t help us more with that.”

He believes that the rush of negative global media coverage following the Dewani murder is evidence of a system that’s not happy with South Africa being “victorious” after the World Cup. “If a South African was murdered in Germany, South America or China, would the world’s media even care?” Nameng asks.

He’s got a point in that recessionary stresses, dwindling news resources and deadline pressures have seen most global media revert to stereotypes. It is a lot easier to report on complex regions with screaming headlines of brides being killed, and it certainly sells irrespective of whether that news is responsible, accurate or damaging. DM

Read more: Murder of tourist in Cape Town feared to affect South Africa tourism in Xinhua News, “We have a major problem in South Africa” in the Guardian, “Community tourism gives visitors a taste of homestay sweet homestay” in Mail & Guardian.

Main photo: A worker runs with the South African flag inside the Soccer City stadium in Soweto, Johannesburg June 10, 2010. The stadium will host the opening and final games of the 2010 FIFA Soccer World Cup which kicks off on June 11. REUTERS/Radu Sigheti