Analysis: Give Lambie time to ripen into real Bok great...

Analysis: Give Lambie time to ripen into real Bok greatness 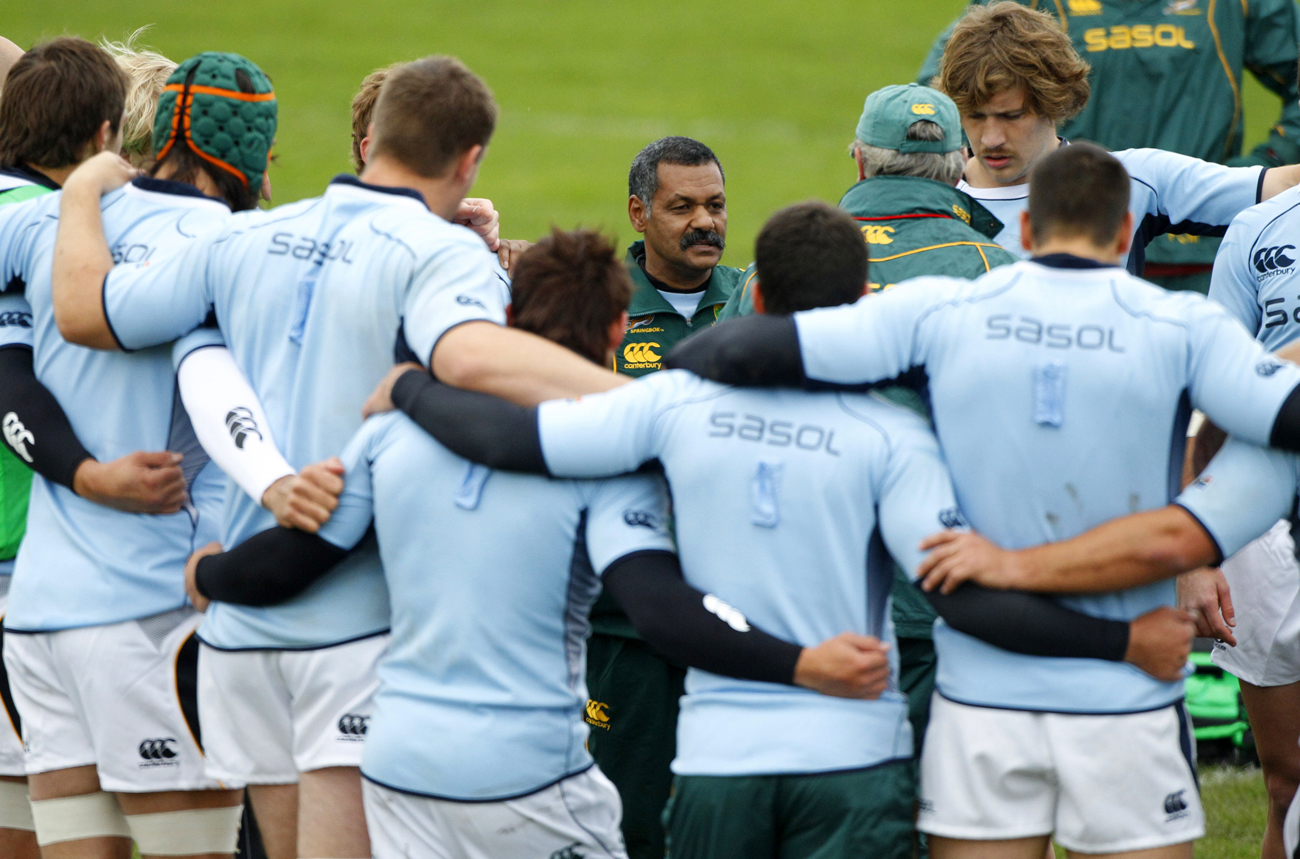 Scotland are the weakest of the Grand Slam opponents, but the Springboks are right to resist calls for the gifted Pat Lambie to run on for his first start, writes TOBY SHAPSHAK.

It’s week three of the Grand Slam and the Springboks face the weakest of the home nation sides. Not many people will bet against a win over Scotland, even if on the hallowed turf of Murrayfield, and calls to start with Pat Lambie have gone unheeded.

If there was a game in which to let the talented youngster start, this is it. But I’m of the opinion that it won’t hurt him to get a bit more experience. As good as he is, there isn’t a rush to get him playing as first choice.

South Africa has an abysmal record with gifted youngsters, especially flyhalves. We’ll never know if Gaffie du Toit, or Dave von Hoesslin for that matter, was a potential superstar because each was broken in his first season at international level.

Faced with injuries to his first-choice stand offs, then Bok coach Nick Mallett selected the obviously gifted Du Toit straight into the Test team to play Ireland in 1998. Gaffie earned the dubious distinction of playing Test rugby before Currie Cup. It certainly never helped his career. But the next year, in New Zealand, Mallett took a gamble that backfired horribly. He started with Von Hoesslin at 9 and Du Toit at 10 against the mighty All Blacks. They were savaged as the Boks lost. And Mallett, whose impulsiveness was at fault, reportedly savaged them in the changing room after the match.

Von Hoesslin only played for the Boks once again, as a replacement on the same tour, while Gaffie’s raw talent and siege-gun boot saw several other coaches call him up – as a fullback twice and on the bench, as a utility back/wing. His career was dogged by questions about his temperament, or lack thereof. He never recovered, despite 13 Test caps.

Sound familiar? Something similar has happened to Ruan Pienaar, who I think is the most gifted of this current crop of players. Cursed for his ability to play multiple positions, he has earned 45 caps playing in almost every position, except centre. Only 18 of those were in the starting line-up, seven each as scrumhalf and flyhalf, and four as fullback. For someone with such abundant talent, from one of the finer rugby pedigrees in the country, and a kicking coach second-to-none in his father Gysie (who played only 13 Tests), he should be South Africa’s Dan Carter.

Instead, there is widespread approval when he was rested for this game in favour of Francois Hougaard.

A similar thing happened to Brent Russell, a prodigiously gifted player who set the Sevens circuit alight before making it to the Boks in 2002. His eight tries in 23 Tests demonstrated his prowess, but accused of being too small, and often picked at fullback or wing, the Pocket Rocket was overlooked by Rudolf Straueli for the 2003 World Cup. Interestingly, a player of similar stature and talent, Matt Giteau, is now the sixth most-capped Wallaby of all time with 90 Tests. Russell is playing overseas.

Hougaard seems to be the answer at scrumhalf when Fourie du Preez retires after next year’s World Cup. He has all the right ingredients for a scrummie, including a good kicking game and a palpable hunger to play. But what a tragedy that we all don’t feel the same for Pienaar, who, on his day, can slice open defences and command a game as well as Du Preez. Du Preez, head-and-shoulders the best player in the world last year, bizarrely lost out to Richie McCaw as IRB Player of the Year.

People forget Carter played the first year or so of international rugby at inside centre, a less pressured position where he could ease into the cauldron that is Test rugby. By the time he took over as first-choice flyhalf, he had had a good 18 months to adapt to the top-level of the game, mature, gain experience and find his feet. Until his injury two years ago, he was hands-down the best backline player in the world – much like Johnny Wilkinson was for England.

Lambie is of the same stock. He will be a great one day, but he deserves time to mature, time to play another season of super rugby at flyhalf. He started this year at fullback, remember, before a command performance in the Currie Cup final, where his hand-off of none other than Schalk Burger showed his fearlessness and class. His time will come.

Another prodigious youngster who made the immediate step up was Frans Steyn, and his meteoric rise might counter this argument, you could say. You’re forgetting, of course, that he was considered the next big thing at flyhalf and was moved about the backline himself, including five memorable outings at inside centre during the triumphant 2007 World Cup. Steyn has an unnatural sense of self-belief though; it’s as uncanny as his awesome talent. He’s won South Africa Tests with monstrous drop goals, as he did in the Tri-Nations against Australia. He’s something special and has something Du Toit and Pienaar lacked as decisive moments in their career: that elusive big match temperament. His fuck-you attitude to authority (both towards Jake White and Peter de Villiers) might be part of the reason he’s triumphed.

Lambie acquitted himself well in the 21 minutes against Ireland and 16 minutes against Wales, and showed remarkable level-headedness by touching an official on the sidelines and preventing a quick Welsh throw-in. He has also defended his channel manfully, despite his size, and put in thumping tackles in the final, frenzied 12 minutes against a rampant Wales. Lots has been said about Lambie’s talent – which is undeniable – but he deserves a less risky path to greatness. DM