A fistful of Zim dollars trumps ethics: Avusa in distri... 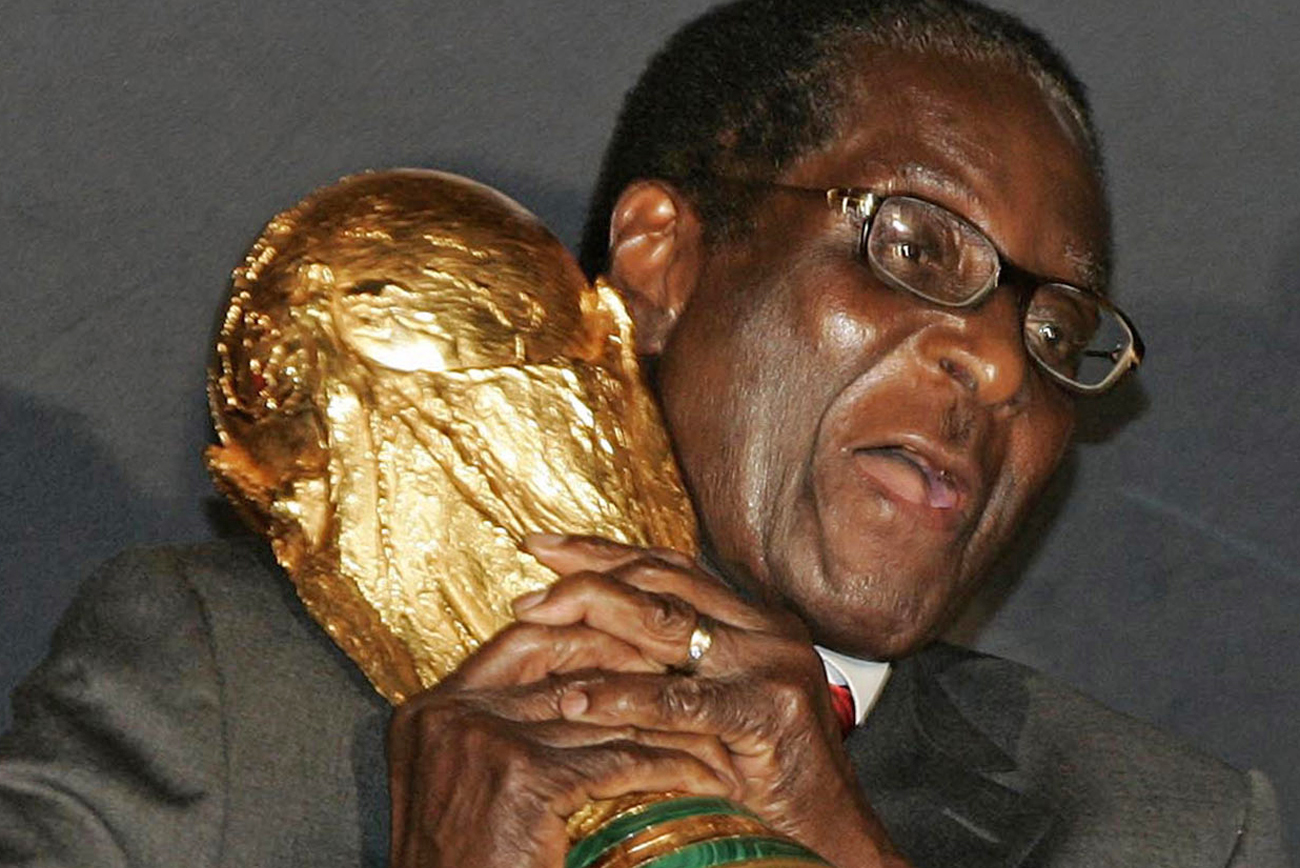 With advertising revenues down and profits plunging, it appears Avusa's management is prepared to do just about anything, even if this means striking a deal with Bob Mugabe’s propaganda machine. Something the brave journos of Sunday Times wouldn't feel great about – if only they knew. By MANDY DE WAAL.

Since early this year, Avusa and Allied Publishing have been in partnership with Mugabe’s Zimpapers and are distributing a pro-Mugabe, weekly broadsheet into South Africa. This is part of an effort to get increased market share for the Sunday Times in Zimbabwe, which is now distributed there by Zimpapers. (Allied Publishing is owned in equal parts by Avusa and Independent.)

In return Avusa and Allied Publishers distribute The Sunday Mail, published by Mugabe-aligned Zimpapers, in South Africa. Avusa manages subscription copies while Allied Publishing distributes to street vendors and news kiosks in areas such as Hillbrow and Yeoville, where there is a high density of Zimbabwean nationals.

Increasing penetration of The Sunday Mail locally is part of a Zimbabwean government propaganda offensive to neutralise anti-Mugabe reporting in South Africa. Which is rather ironic, given that Avusa owns the Sunday Times, Sowetan, (and manages Financial Mail, and Business Day) and other titles highly critical of the Mugabe regime.

Mike Robertson, managing director of Avusa Media, confirmed that Avusa and Allied Publishing are distributing for Zimpapers in South Africa, and said that in return the Sunday Times was distributed by Zimbabwe’s state-owned media company there.

The deal between Avusa, Allied Publishing and Mugabe’s propaganda machine follows a change in distribution agencies for the Sunday Times in Zimbabwe. The Sunday Times used to be distributed in Zimbabwe by Munn Marketing, the largest privately-owned distribution company in Zim. Munn happens to be owned by Trevor Ncube, the majority shareholder of The Mail & Guardian in South Africa. Ncube owns independent titles in Zimbabwe and launched NewsDay there in June this year after the Zimbabwe Media Commission granted publishing licenses to five papers.

“We changed distributors in Zimbabwe because we were not happy with the service we were getting. We are much happier now and our sales are growing,” says Robertson, who would not confirm how big that increase was. “We do not make our sales figures for specific provinces or SADC countries public. However, it would be safe to say that they have more than doubled since we changed distributors.”

Zimpapers’ Sibanda was happy to reveal the growth for Avusa’s Sunday press in Zimbabwe. Finance and business development officer of Zimpapers, Dalubuhle Sibanda, says the Sunday Times had experienced good growth in Zimbabwe and now claims around 20% market share there. “Since we took over the distribution of the Sunday Times we have realised a 300% increase in distribution and are now selling some 13,000 copies a week on average.” Sibanda says Zimpapers are delighted with the partnership because “it is mutual and we are both getting good results”. However, while the 300% increase looks impressive, it is off a small base, which means it is a marginal contributor to Avusa’s overall circulation and financial performance (which weren’t exactly great this past financial year). A closer look at the boast reveals that the overall growth of the Sunday Times circulation was between 8,000 and 9,000 copies, a veritable drop in the ocean considering it is SA’s biggest Sunday newspaper with almost 500,000 copies sold every week.

Leon Haasbroek, managing director of Allied Publishing, said the logistics business was product-agnostic and, while he understands that activists may see the company’s distribution of Mugabe propaganda in a bad light, Allied Publishing didn’t take moral or ideological decisions about the products it distributed.

“We look at it very clinically,” says Haasbroek, who didn’t want to get into a “philosophical debate” about the nature of the content or products he distributes. “We see ourselves as a cost centre that generates our own profits. For example, we will be launching The New Age publication which is seen by the population as a pro-government, pro-ANC newspaper. It is also in competition with The Star, which is owned by our 50% shareholder.

“The philosophy is that if we don’t do it someone else will. It really is about saying, although we are owned 50% by Avusa and 50% by Independent, we see ourselves as an independent logistics business. We would distribute something like the Auto Trader right through to The Citizen, which is in competition with The Star or Sowetan or any of the other publications,” he said adding that the company distributed Hustler in the Johannesburg CBD, which could upset anti-pornography activists or contradict the editorial policy of some of the commercial titles distributed by Allied Publishing. “We don’t want to get involved with anything outside of just seeing products as an item that we distribute.”

Sibanda says Zimpapers is eager to get its editorial products into South Africa because “there are a lot of Zimbabweans out there and it is important for them to have access to information because they might want to get a picture of what is happening in Zimbabwe, house prices, investments and get a general picture of the state of the country and prices of everything.”

However, an earlier report by The Zimbabwean Mail raises a more sinister motive. The Zimbabwean said The Sunday Mail was being distributed here to “neutralise the flow of anti-government information”. The Zimbabwean did an interview with one of the desk editors of Sunday Mail who said: “The (Zanu PF side of) government is concerned with the anti-state propaganda that it says is being published by South African newspapers and online publications and wants to counter that.”

The Daily Maverick sent a Zimbabwean national into Hillbrow and Yeoville to see how the publication was received, and he reported that the paper was sought-after for its Zimbabwean content – and that, although more politically astute nationals were aware that the paper was pro-Mugabe, they read it because they were hungry for home content.

So we have a convenient marriage of two sides: one desperate to spread its propaganda and the other to make more money. One can hardly fault Mugabe Inc here: They are making no secret of their agenda, sinister as it may be.

But Avusa should surely be judged by a different standard, as the company that owns the titles which have so bravely exposed Mugabe’s despotism over the last dozen years and which have chronicled ZanuPF’s leadership in the destruction of the country.

Perhaps Avusa’s management must ask themselves: How low can you go? DM

Read more: Zimpapers to sell papers in South Africa in The Zimbabwean Mail, Independent journalists harassed in The Zimbabwean, Enough’s enough—but what next? in The Economist, Accreditation not enough to cover Mugabe in NewsDay, Nightmare in a Zimbabwe prison – A journalist account in Radio VOP.