Rights and responsibilities duke it out in SA’s Constitutional Court 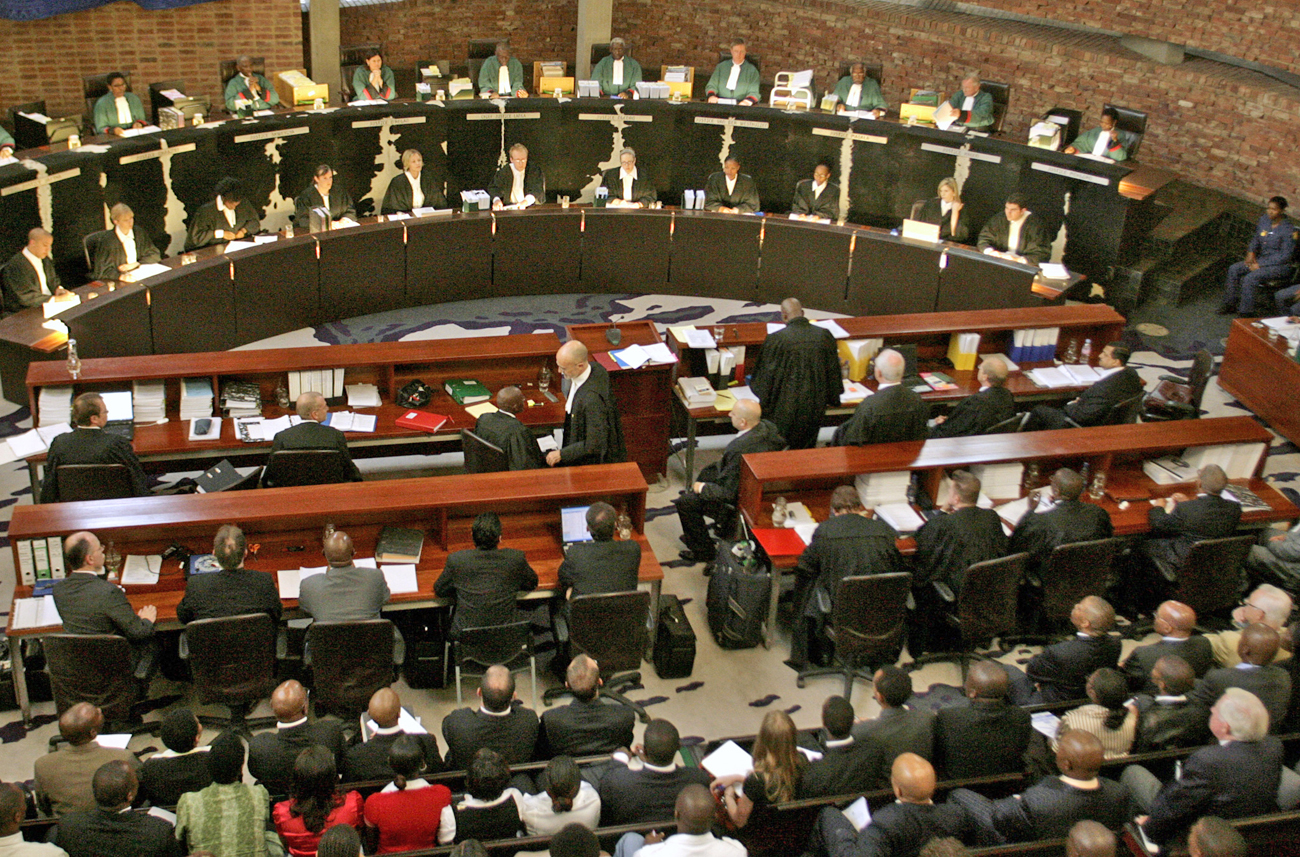 There are times when the lofty ambitions of our Constitutional jurists and the realities of our world, and particularly our country, collide with a bang. The resulting clash is never as tragic as when it revolves around children. And young ones at that. But the questions being asked by the current bench show that beneath those robes there is an understanding that if you don’t want to do the time, don’t do the crime. By STEPHEN GROOTES.

We’ve come to expect our Constitutional Court judges to be slightly cuddly in their interpretation of the law. Particularly when compared to those old hold-outs in Bloemfontein. So it came as a shock when just a couple of minutes into Tuesday’s hearing to hear Judge Edwin Cameron, quoting from an earlier court record, that the woman at the centre of this case was “using her children as a weapon”. Judge Fritz Brant went further, suggesting that her previous record showed “she thought she’d never go to jail because she had children”. This is not what we’ve come to expect from the place that says municipalities cannot evict unless they provide alternative accommodation, or said that a court must take into account the impact of a jail term on the children of the convict.

But in this case it seems the groups that generally bat for the dispossessed in our society may have picked the wrong case. It revolves around a woman known as “S” who has found herself in the unfortunate position of being sentenced to jail for fraud. There’s no escape for her, due to previous convictions for the same offence. She has two young children, aged just two and five. After being sentenced by the Parys regional court, she appealed to the Supreme Court of Appeal. That court simply refused to consider the appeal, and it’s that decision she wants reversed.

Legally, this case is very similar to another previous case already decided by the Constitutional Court. Slightly excitingly entitled “S vs M”, it already decided the impact of a prison sentence on the children should be taken into account when their primary care-giver was convicted. So in a way, this should have been a slam-dunk. You would have thought the court will rule in favour of the woman.

But there is a family to consider. On her version, her husband is not able to care for the kids, as he’s a farm manager and thus works 14-hour days. But Judge Thembile Skweyiya put short shrift to that argument. With a keen sense of reality he pointed out that “all parents work, and they make the best arrangements they can for their children”. It was reality writ large in the rarefied atmosphere of Constitution Hill.

The judge’s apparent opposition received a big boost from the prosecutor. Advocate Jannie Botha had been sent up from the deputy public prosecutor’s office in Bloemfontein. It was his first trip to Braamfontein. But he didn’t let the nerves show when he started with, “No Constitutional issue was raised in the earlier courts, and for that reason, and that reason alone, this whole appeal should fail”. He went on that if legally “imprisonment is the only sentence, then she must go to jail”. It may sound trite on first reading, but it makes complete sense. Then there was “you don’t need a rocket scientist to know that the children will be affected if someone in their family commits a grave offence. Everyone will be affected.”

He spoke for just half an hour, one of the shortest presentations heard in this country’s highest court by this reporter. He stayed within the law, the technicalities and the facts. The judges were impressed, and he had a much easier ride than his opponents.

We can’t help but feel that his speech was more effective. The Constitutional Court has a well-deserved reputation for being on the side of the “victim”. That’s how it should be, and what you would expect in a court imbued with the human rights ethos so absent from our past. But it’s also important that from time to time it stands up and says people must also take responsibility for their actions. That if you are found guilty in the proper process, you must take your punishment. And that you cannot use your circumstances as a defence. Your actions are your choice. It strikes us that this is a good place for the court to make this statement. DM