Robinson Crusoe and the Caribbean Pirates’ formulaic fluff and fun 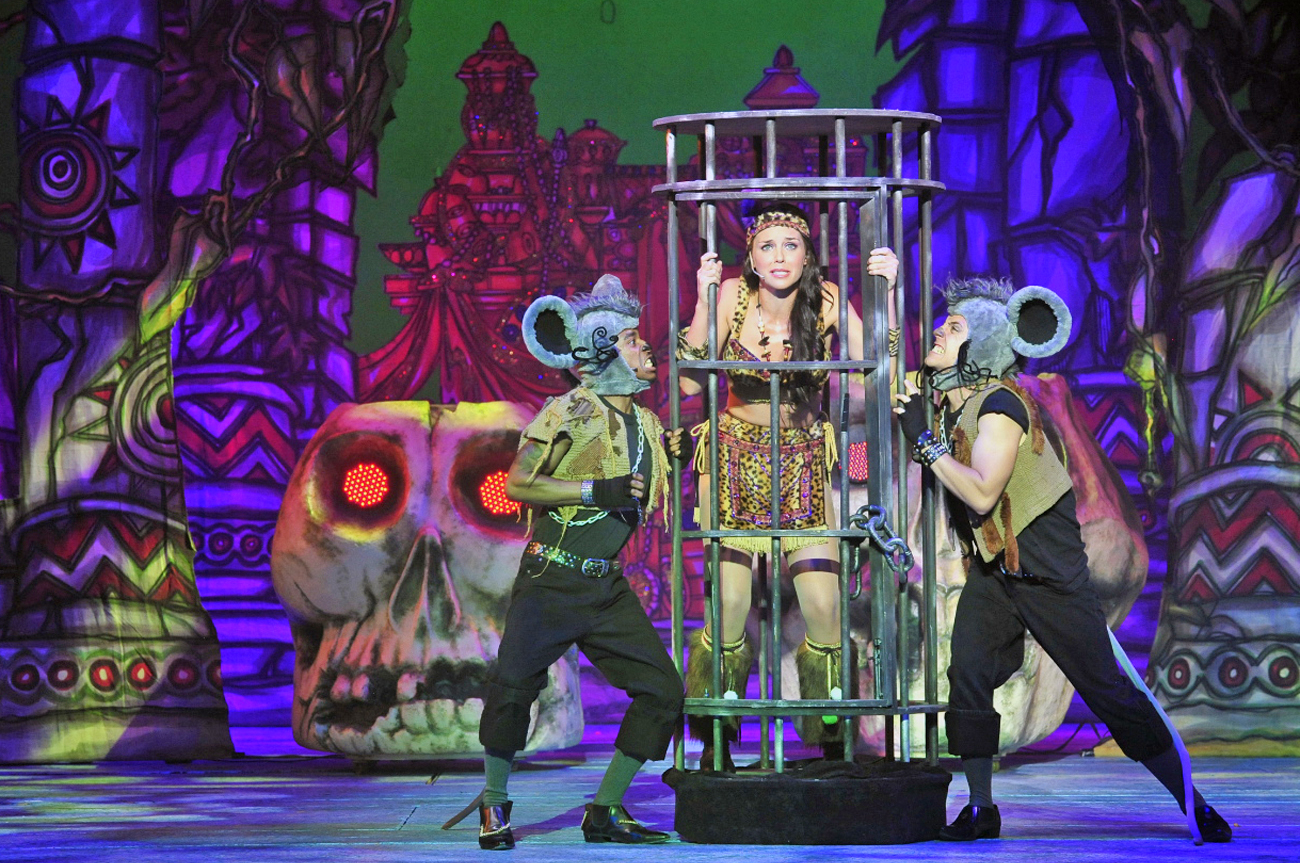 That’s it then, I’m officially a cynic. I know this because a man with a massive smile jovially announced that anyone who doesn’t enjoy “Robinson Crusoe and the Caribbean Pirates” is clearly a heartless cynic. Oh yes, I am. Oh no, I’m not… By LESLEY STONES.

But it’s not really cynicism that can prevent you from enjoying a traditional pantomime. Some people just aren’t programmed to enjoy these formulaic productions with all the usual elements: the goody who ultimately triumphs over the baddy, aided by the fairy godmother. The prince who finally gets his girl, the compulsory sing-along, lots of reworked pop songs, and all the rest of the annual razzamatazz.

If you’re into all that stuff, you’ll adore this year’s offering written and directed by panto-princess Janice Honeyman. It’s a lavish show put together with such oodles of money that Honeyman must have a fairy godmother of her own. Its brightest star is Marc Lottering, who does an admirable job flapping around as Dame Lolly Lottalove, a loveable slapper tarted up by Lottering’s irrepressible wit. There are numerous other theatrical stalwarts in it too, with Louise Saint-Claire, Michael Richard and Judy Page all giving splendid performances.

Saint-Claire plays the mean mayoress, a Helen Zille wannabe who adds some much-needed adult-orientated wit to keep the parents happy. The perfect panto has a double thread running through the script with corny gags and eye-candy for the kids and clever jokes and innuendo for the adults. Robinson Crusoe is a little lightweight on the adult aspects. Only Lottering and Saint-Claire’s mayoress add any social and political satire, making it a show to skip if you don’t have wide-eyed youngsters in tow. Since a good portion of the cast is drawn from TV series and soapies, there’s a greater emphasis on references to television shows. But one hitch is that some of the diction isn’t clear enough, so some of the wit is wasted.

Kids will lap it up though and be thrilled by the endless variety of changing scenery, the sword fight, pretty costumes and the overall opulence of the production. The story gives Honeyman the chance to bring in an impressive pirate ship, a cave that rises up from underground, and fireworks that literally add sparkle to the already glittering show. There are endless scene changes as the rather loose plot takes us on a quest to rescue the kidnapped Primrose Petal, played by the gorgeous Tanya van Graan.

The action is interwoven with numerous songs supported by a five-piece band, with lyrics sometimes adapted to fit the plot and others just plonked in because it’s time for another quick burst of exuberance.

Although it flags a little in the second half, Robinson Crusoe is a high-energy, extremely well executed bit of fluff. And even we cynics know there’s nothing wrong with a bit of fluff occasionally. DM

“Robinson Crusoe and the Caribbean Pirates” runs at the Joburg Theatre until 2 January 2011.