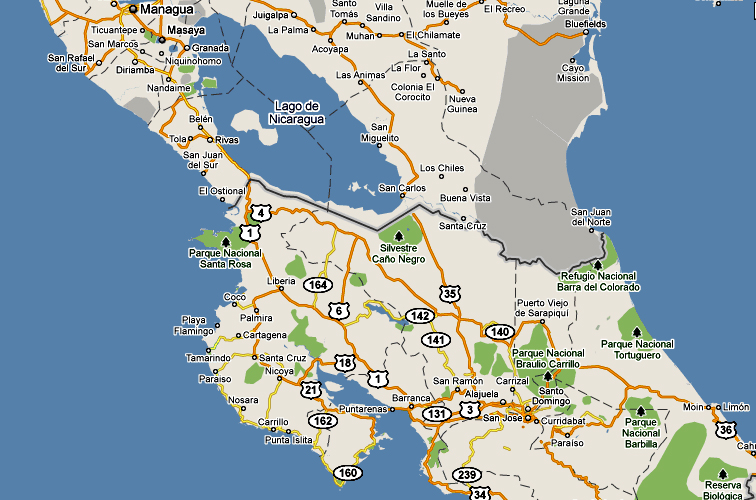 You’d think that sovereign governments, with maps of their own and with recourse to the UN Security Council should their territories be violated, might be less sensitive about Google Maps. You’d also think that military commanders wouldn’t use Google Maps to justify an invasion. On both counts, you’d be wrong. By KEVIN BLOOM.

In February this year, the government of Cambodia accused the world’s largest search engine of being “professionally irresponsible”. The source of their anger was a “radically misleading” map of the disputed Thai-Cambodia border, which Google Maps apparently rendered to favour the kingdom of Thailand. Unbeknown to the techies at Google headquarters, the two countries had been involved in deadly clashes along the line since 2007 – a heavy military presence had long characterised the region, at the centre of which stood an 11th century Preah Vihear temple placed under Cambodian ownership by a 1962 international court ruling. The diplomatic incident forced Google to spend months sorting out the problem, and in July the company announced it had officially redrawn several national boundaries to more accurately reflect disputed territories.

“While we always strive to display the on-the-ground reality of a boundary’s position, in practice some boundary lines are not as accurate as we would like them to be due to the available resolution of our boundary data,” Charlie Hale, a Google geo policy analyst, wrote on the company’s blog at the time. Hale also explained that behind Google Maps lies a complex process that relies on a range of spatial data (imagery, boundaries, place names, etc.) from a variety of sources, and that “the depiction of borders is something upon which local authorities, governments and internationally recognised bodies often disagree.”

He wasn’t joking. Last week, Google found itself embroiled in another international incident when Nicaraguan troops accidentally invaded Costa Rica. The cause was again an error in Google Maps, which senior Nicaraguan army officer Eden Pastora used to “justify” the incursion into Costa Rican territory. The soldiers under Pastora’s command set up camp near the disputed San Juan lake, which runs between the two countries, and even replaced a Costa Rican flag they spotted with a Nicaraguan one.

Costa Rica doesn’t have a military, and so were naturally upset by the violation. Also, the official maps of both countries indicate that the region belongs unquestionably to Costa Rica. According to AFP, the Organization of American States (OAS) was asked by Costa Rica to investigate the incursion, and on Saturday 5 November Costa Rican President Laura Chinchilla said she was prepared to take the dispute to the UN Security Council if the OAS could not find a solution. “Costa Rica is seeing its dignity smeared and there is a sense of great national urgency” to resolve this problem, Chinchilla said.

For its part, Google conceded the mistake. The same Charlie Hale, after a discussion with US State Department officials, said that “there was indeed an error in the compilation of the source data, by up to 2.7 kilometers (1.7 miles),” adding, “we are now working to update our maps.” Unsurprisingly, the Nicaraguan government wasn’t happy with Google’s announcement that it would change its map. “I officially request that [the border] not be modified,” Nicaragua’s Foreign Minister Samuel Santos asked a Google representative.

More embarrassing for Google, though, is the fact that its competitor Bing got the border right. Fast Company couldn’t resist pointing out how this could play into Bing’s next marketing strategy – “Bing, the search engine that doesn’t cause international disputes” – and then it framed the issue that seems to be the real core of this story:

“You may well blame the Nicaraguan military for using Google Maps – which, for all its usefulness in everyday life, is a relatively imprecise tool for official exercises near borders. But it’s been little more than three years since the British Navy had the same problem, straying into Iranian waters by accident (Iran being far more dangerous than Costa Rica, which doesn’t even have a full-time military) and blaming its military-grade GPS equipment for the error. A month before that, the Swiss military blundered into Liechtenstein on a training exercise – because, they said, it was dark. That, at least, was one border crossing Google Maps might have prevented.” DM