China vs. America: Does it even matter in the long-term? 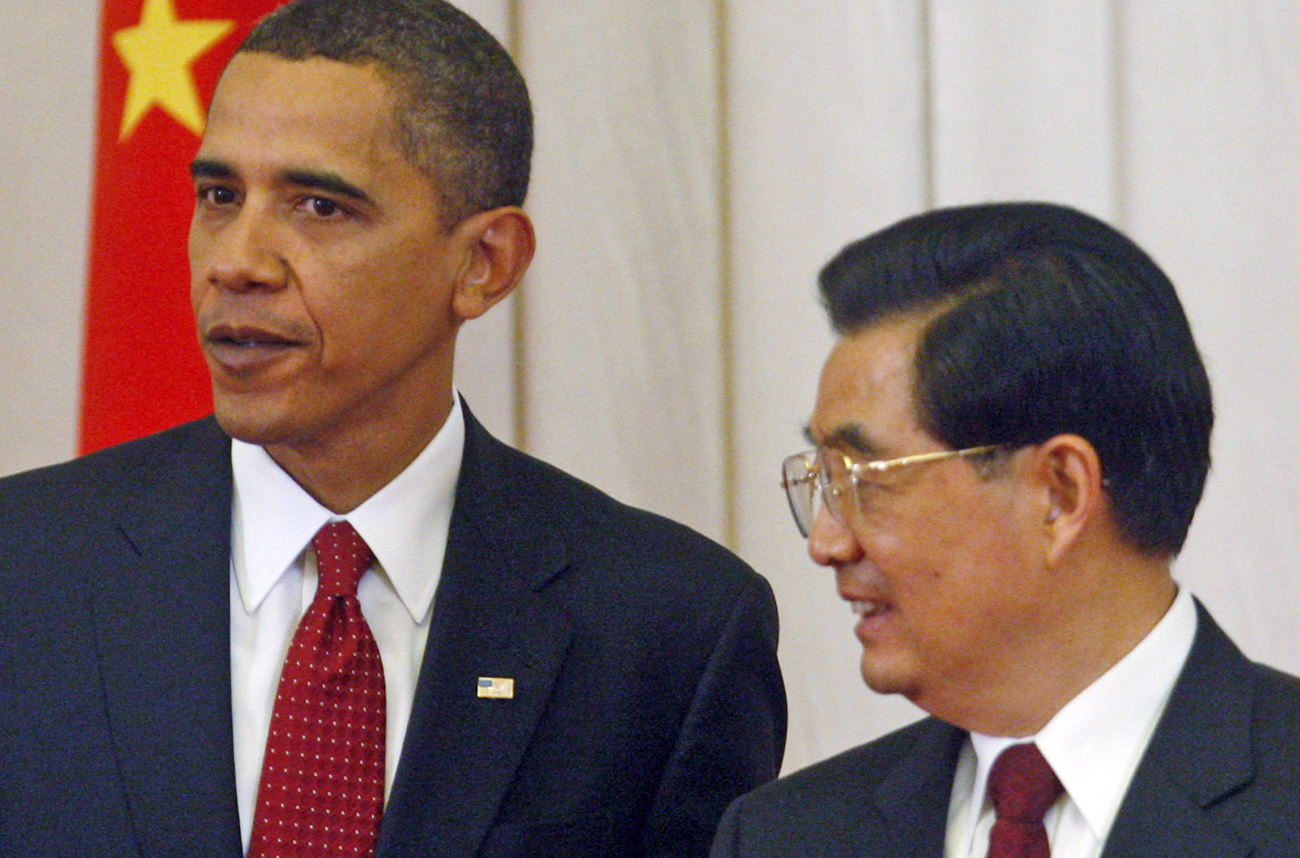 Over the last 15 years, the theories of leading academics and writers like Niall Ferguson and Jared Diamond have placed environmental concerns above intellectual or genetic advantages in answering the question ‘Why do certain societies rule?’ A new theory, put forward by Ian Morris, has just moved the genre significantly forward – in the 21st century, argues Morris, the old conflict between West and East, developed and developing, will no longer matter. By KEVIN BLOOM.

In his review of Ian Morris’s new book Why the West Rules – For Now: The Patterns of History and What They Reveal About the Future, Niall Ferguson highlights two counterfactual questions from the text. First, “What if the Chinese had conquered the New World before the Europeans got there in the fifteenth century?” Next, “What if the West had ended up subjugated by the East in the nineteenth century, instead of the other way around?” Ferguson, who holds chairs in history, business administration and international affairs at Harvard and the London School of Economics, is thought of as the world’s leading academic champion of the counterfactual method – for him, alternative outcomes are a way of highlighting history’s contingencies; forces don’t shape the future in Ferguson’s world, individuals do.

It seems more than a little surprising, then, that he’s such a fan of Morris’s book. The UK’s prestigious Prospect magazine published an extract from the work on 25 October this year, and in it Morris writes about China’s technical proficiency as early as the year 1300 (ships capable of crossing oceans; magnetic compasses that told them where they were going; guns that could subdue the people they found on the other side).

Then Morris gets to the nub of his thesis: “Up until that point, western Europe – thrust out into the cold north Atlantic, far from the centres of action – had been a backwater. But when, after a lag of a century or so, Europeans adapted the east’s oceangoing ships, compasses and cannons to their own needs, their location on the Atlantic abruptly became a huge geographical plus. When no one could cross oceans, it had not mattered that Europe was twice as close as China to the vast, rich lands of the Americas; but now that people could cross, it mattered very much indeed. Geography explains why it was western Europeans, rather than the 15th century’s finest sailors – the Chinese – who discovered, plundered, and colonised the Americas. Chinese sailors were just as daring as Spaniards and Chinese settlers, just as intrepid as Britons, but it was Christopher Columbus rather than the great Chinese admiral Zheng who discovered the Americas – simply because Columbus only had to go half as far.”

If geography is not a force here far greater than the individual, somebody’s guilty of a major misreading. But Ferguson has been accused of having contradictory views before – not least by the major Cold War historian John Lewis Gaddis, who also conceded he had unrivaled “range, productivity and visibility” – and when we consider that he ably took on the economics Nobel Laureate Paul Krugman in a series of high-profile debates in 2009, his shortcomings seem insignificant. Ferguson is a man to be listened to.

Last year, following the financial crisis, he took America’s massive deficits and overseas military interventions as the starting point to an elaborate comparison between that country and two other historical superpowers – the Spanish Empire in the 17th century and the British Empire in the 20th. For him, excessive debt is the mark of an empire in decline, especially when half the public debt is held by foreigners. Just as Britain circa 1900 was a dominant empire that underestimated the ascendancy of Germany, Ferguson noted, America is currently underestimating the rise of China: “When China’s economy is equal in size to that of the US, which could come as early as 2027… it means China becomes not only a major economic competitor – it’s that already, it then becomes a diplomatic competitor and a military competitor.” The point may seem obvious to some, but China’s major naval construction programme – which Ferguson sees as patent evidence of its intention to challenge US hegemony in the Asia-Pacific region – has been downplayed by US analysts, exactly like Britain downplayed German ambitions prior to World War II.

By Ferguson’s own admission, Morris takes the question of US-China relations a step further. In his review of the book, published in the November/December 2010 issue of Foreign Affairs magazine, he recommends the historical text as a guide to the future. “Precisely because he has such a profound understanding of the ways that culture, technology, and geography interact over the very long run,” Ferguson writes, “Morris is better qualified than almost anyone else to answer the final question he asks: Is the world heading for ‘the Singularity’ – a technological quantum leap beyond our traditional limitations as a species – or for a disastrous nightfall brought on by climate change, famine, state failure, mass migration, pandemic disease, and nuclear war?”

It’s this attempt to parse geopolitical history into a “precise” theory of where society might be headed that’s missing from the works of not only Ferguson, but Jared Diamond too. Diamond’s Guns, Gems, and Steel: The Fates of Human Societies was published in 1997 to huge popular and critical acclaim – it quickly became a best-seller and won the Pulitzer Prize in 1998. The book’s originality was in its argument that dominant civilisations are the product of environmental advantages; it refuted the mainstream belief that intellectual or genetic superiority, or sheer force of will, lay at the source of a certain culture’s power. Diamond looked to “conquered” peoples like Native Americans, Sub-Saharan Africans, Aboriginal Australians and New Guineans, and argued that the Eurasian colonialists’ dominance lay way back in history, from the time of the rise of agriculture after the last Ice Age – Eurasia’s early and sustained advantage, according to him, was due to the ready availability of plant and animal species for domestication.

Diamond’s next book, Collapse: How Societies Choose to Fail or Succeed, built on these theories in an effort to explain what modern cultures could learn from the past. Published in 2005, it examined environmental conditions and the contributions of climate change, hostile neighbours and trade (in societies as diverse as Easter Island and the Maya of Central America) to arrive at conclusions about modern business and globalisation. “Our world society is presently on a non-sustainable course,” wrote Diamond in the book’s final chapter, while reiterating the “12 problems of non-sustainability” he’d been stressing throughout. Collapse didn’t do as well as Diamond’s previous book, but it did get some first-class recommendations – for instance, Malcolm Gladwell’s in the New Yorker: “Diamond quite convincingly defends himself against the charge of environmental determinism. His discussions are always nuanced, and he gives political and ideological factors their due. The real issue is how, in coming to terms with the uncertainties and hostilities of the world, the rest of us have turned ourselves into cultural determinists.” Still, hardly any of the reviews praised the final chapter, and some – most notably The Economist’s – found large fault with it.

The Economist found no such fault with Morris’s new addition to the genre. Saying of the book “[anyone] who does not believe there are lessons to be learned from history should start here,” the magazine had the following comment on Morris’s conclusions: “Towards the end of his book, Mr Morris attempts to answer the question posed in the title. The West may still rule, but for how much longer? His conclusion is that although power, influence and commercial dynamism are shifting eastward at a relentless pace, the question itself may be wrong. If Eastern and Western social development scores continue rising at their current rates, Western ‘rule’ will end early in the next century. But the rise in the index over the next 100 years, propelled by quantum leaps in computing power and bioscience, is so exponential that humankind itself will be profoundly changed, making distinctions between East and West seem weirdly anachronistic.”

The trend up until now, with great names like Ferguson and Diamond, has been to propose theories on why the West rules. Diamond’s “Long-Term Lock-In” theory suggests that from the beginning of history some key factor – environment or climate – has made East and West different, determining the industrial revolution and pushing the West ahead. “But,” notes the Cambridge Forecast Group, “the East led the West between 500 and 1600, so this development can’t have been inevitable; and so proponents of ‘Short-Term Accident’ theories argue that Western rule was a temporary aberration that is now coming to an end, with Japan, China, and India resuming their rightful places on the world stage. However, as the West led for 9,000 of the previous 10,000 years, it wasn’t just a temporary aberration.”

Morris’s theory is supposed to provide the broader approach that’s needed to answer this paradox. In the event, it also seems to persuade us that in the 21st century, one way or another, the old conflict between West and East, developed and under-developed, will cease to matter. DM