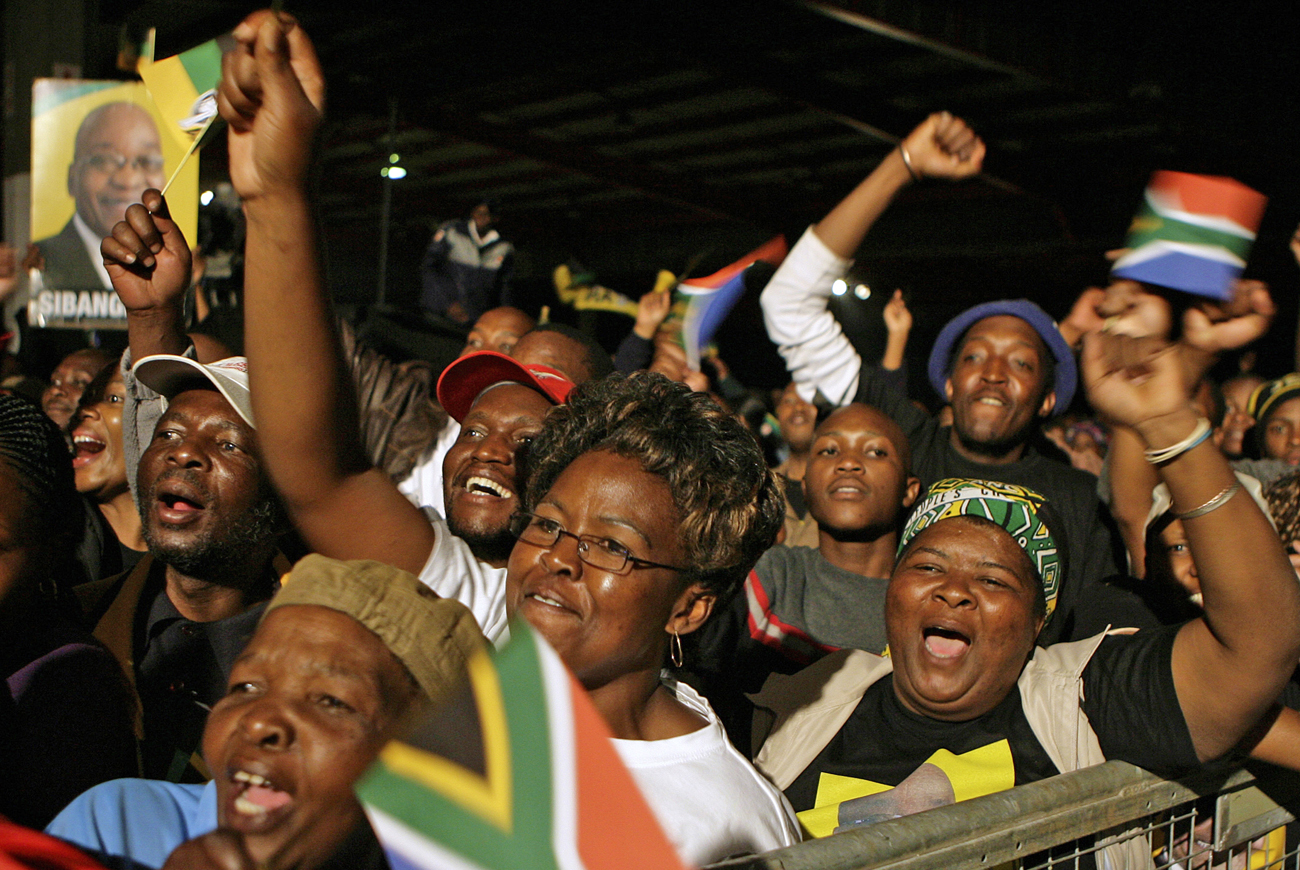 It seems as if there are two late-entrants in the “Strictly Come Dancing” competition, but how long will the music last and, in this bizarre cross-over between the passion of the tango and the wild melee of musical chairs, who will be left unseated when the music stops? By STEPHEN GROOTES.

In the long complex dance unfolding between Cosatu and the ANC the former has some advantages, and Zwelinzima Vavi is using them to the limit. One is the advantage enjoyed by opposition movements everywhere. They’re not in power and governance is mostly a hard job. Which means it’s pretty easy to stand outside the tent and point to the ruling party’s mistakes and shortcomings. It’s the gift of being powerful, but being unburdened by official power itself.

This means whoever is in power gets boxed in. Because governments and ruling parties will always make big mistakes, stash many skeletons in their closets and even more people appointed to their positions for the wrong reasons; there will always be plenty of friends and tenderpreneurial types that will make a bundle for themselves. That comes with such reliability that opposition groups will find it relatively easy to have a full-blooded go. And again, the media will come along for the ride because someone is tilting at the government windmill. And in this case the rhetoric makes for good copy.

All of this is just part of why the ANC is finding it so difficult to deal with Vavi. In essence, the ANC’s national working committee was faced with its perennial problem: To discipline, or not to discipline. If it went ahead, it faced a possible war within the alliance. We all remember its misstep earlier this year when some NWC members suggested disciplining Vavi. When it inevitably leaked out, it allowed Cosatu to mobilise support for its general secretary big-time. And if it didn’t act against Vavi, it was admitting his power. So did that mean Vavi was stronger than the ANC? And, as a corollary, did it also mean if Vavi was not being disciplined, it opened the door for young Julius Malema to argue ANC’s inconsistency in charging him?

All of this surely means the talk about discipline at the national general council has already been defenestrated. And yes, that also means we’re going to have what you could call “a very open public debate in the public space” for some time. Or you could call it “anyone saying whatever the hell they liked and the NWC couldn’t stop them”. Which is both good for democracy and bad for stability. It also means it’s probably going to stay this way until at least 2012. We can’t see the current ANC leadership being able to stamp this out before then, and all of this will really have to be resolved when new leadership comes in. Of course, that won’t fix the real problem, which is that the ANC and the alliance are such broad churches with so many ideological and general differences of opinion within them, the ideological nirvana in which all strains would believe and follow is simply not a realistic concept anymore.

The ANC general secretay Gwede Mantashe appeared to be on fire yesterday at the post-NWC briefing. Brimstone was one way of summing up his rhetoric. But he’s canny, and it was showmanship for the cameras. He knows that the language he uses, and particularly the way he looks on telly matters for his constituencies. But some of it is just bluster. He has to say it. He used a trick similar to Pallo Jordan’s one at the NGC. There Jordan started a press conference about the media appeals tribunal by slamming the press for 10 minutes, getting everyone’s blood pressure well and high, and then being attacked for it. And any intelligent discussion about what he really thought vanished. Mantashe seems to have done the same. By slamming Vavi and using language such as “oppositional movement”, “regime change” and, gasp, the “MDC” (which came out of the Zimbabwean Congress of Trade Unions, don’t forget), he made sure he had our attention. The focus came on the state of the marriage between Cosatu and the ANC. But Vavi wasn’t disciplined, and probably won’t be, no matter what he says or does.

While we’ve said before that placing bets on what will happen in 2012 is a mug’s game, that’s not going to stop us painting a possible scenario. It looks like this. Mantashe and Vavi are actually quite close in outlooks. The way we see it, they’re both positioned against the tenderpreneurs and the darker recesses of the ANC. They’re also from the Left, and against the “nationalists”. Oh, and they certainly have similar views on Malema and what the Youth League has become.

If Mantashe were offered a chance to place Vavi in the ANC’s top six, he might well take it. So is it possible, just perhaps, that this is really one of those longer-term Mantashe strategies. If he’s been up all night reading that copy of “The Prince” that he keeps next to his bed, perhaps this is about finding a way to do that. And what would work is to allow Vavi to shout and scream for a while. So long as he keeps it relatively clean, he could go to 2012, stand on a podium and say look, the only way we’re going to keep this guy quiet is by co-opting him into a top position. He’s been laying the groundwork already by telling Sadtu last month that Vavi’s skills and experience must be retained by the liberation movement if he leaves his current Cosatu job.

There really does seem to be no end in sight for this little tango. There’s plenty of passion on both sides, and the political choreography is all about getting up close, but not too personal. But at some stage the music has to stop. Whether everyone will change their seats at the top table when it does is what makes it so much fun. DM