Cosatu gets ANC tongue-lashing, Vavi gets out of jail f...

Cosatu gets ANC tongue-lashing, Vavi gets out of jail free 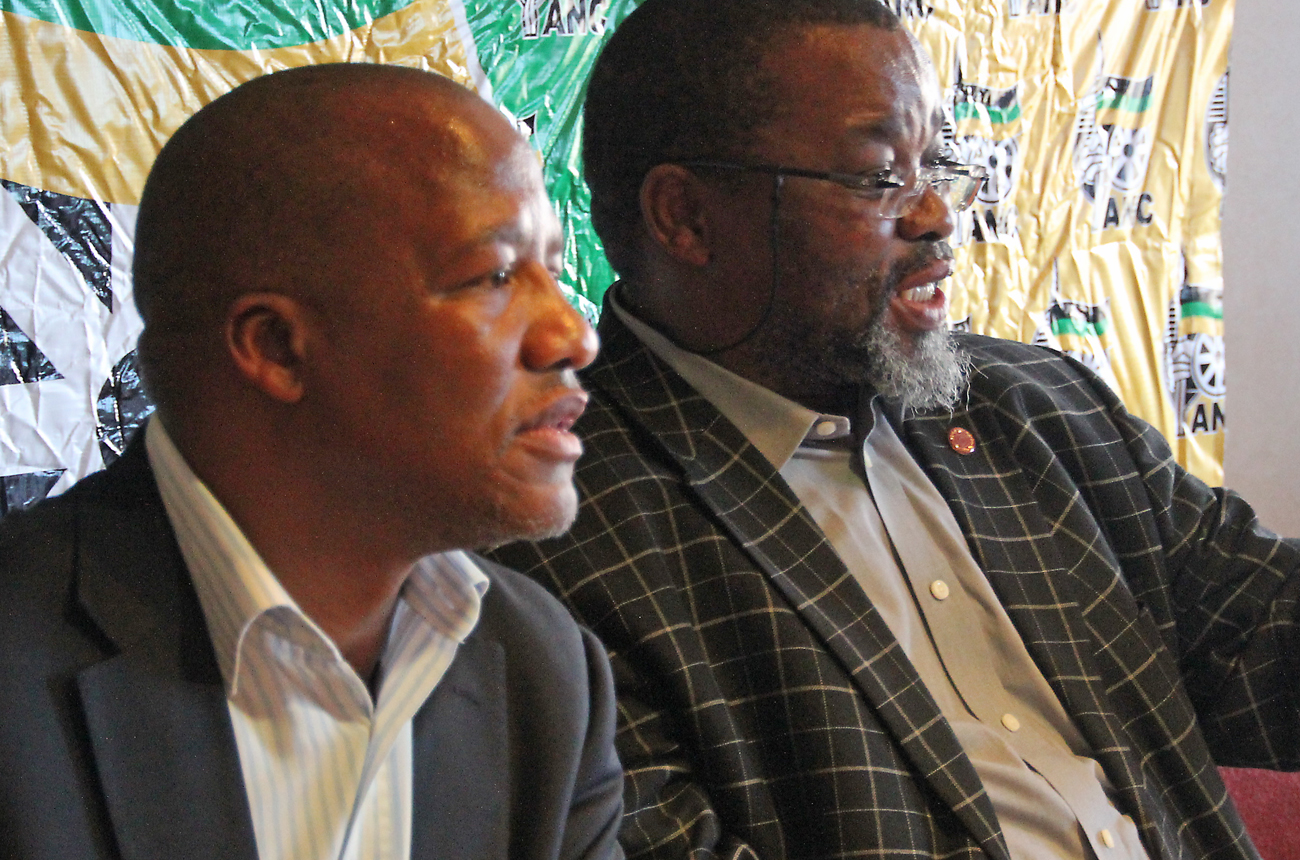 After what Zwelinzima Vavi had to say about the ANC – that hyena comment in particular – you can't fault us for expecting he'd face a disciplinary process. But instead, the ruling party came out with a remarkably strongly worded counter-attack exclusively at the union federation, not the man, for once stepping beyond the fray and playing the long political game. By PHILLIP DE WET.

When Gwede Mantashe walked into a media briefing in Luthuli House in downtown Joburg on Tuesday, he was whistling and smiling and glad-handing the assembled journalists. Then he sat down, put on his angry face and started calling Cosatu names.

That is a good illustration of the difference between Cosatu and the ANC right now. When Zwelinzima Vavi stands up and talks about corruption and a lack of service delivery, as he does so often these days, he is every inch the firebrand preacher. Aside from breaking out in an actual froth, there isn’t much more he could do to convey his sincerity.

The ANC, on the other hand, is posturing. On Tuesday, in what it had promised would be a comprehensive response to Vavi’s comments about corruption and service delivery, it studiously failed to address either of those issues. Instead it heavily criticised Cosatu for bad manners in not inviting the party to its conference with civil society groups, accused the union movement of being a backseat driver and made an implicit warning of the consequences of splitting away from the tripartite alliance.

Not that the ANC minced words or anything. Mantashe said Cosatu had found the ANC and the government “guilty in absentia” of failing the poor, said that the civil society conference was inherently anti-ANC and spoke of the union movement’s suspicious behaviour. And in what the ANC would believe to be the ultimate insult, it sought to associate Cosatu with the Democratic Alliance. Here is how the national working committee phrased it in its official statement: “… we believe the majority of the Cosatu leadership have no intention of implementing regime change in South Africa, but we nonetheless caution that an action like the one of leading a charge for the formation and for the mobilisation of a mass civic movement outside of the Alliance partners and the ANC might indeed be interpreted as initial steps for regime change in South Africa. This is further reinforced by the attacks on all black political parties by [Vavi] and the notable omission of the main opposition in such attacks.”

So, if Vavi is going around talking about a “predatory elite” with the ANC and getting cosy with the DA, it’s time to roll out the disciplinary committee, right? After all, that’s what Jacob Zuma promised at the national general council meeting in Durban: Nobody will be allowed to bad-mouth the party and get away with it, because it’s time to restore discipline and order.

But no, there is no public talk of holding Vavi personally responsible for his statement, not even in his capacity as an ANC member – though Mantashe wouldn’t confirm that Vavi is, indeed, a party member in good standing, saying such information isn’t for public consumption, no matter who the member.

The thinking behind (or excuse for) not calling Vavi on to the red carpet is two-pronged. One, he didn’t name names, and although his general statements about the attitude of ANC leaders is hugely damaging, the fact that he didn’t go after individuals means it’s not in-fighting. Two, an alliance partner is different from a party league. Which translates as: Had Julius Malema said these things, he’d be toast, but Vavi gets a little more space.

That tells us Vavi isn’t the intended audience here, that cowing him into submission isn’t the plan. Instead, the ANC seems to be talking to the second tier of Cosatu leaders, and the civic organisations aligning themselves with Cosatu, and the foreign donors who fund those organisations. According to the ANC national working committee, the rise of opposition parties follows a predictable formula. First, there is the intention, by “powerful international forces”, to weaken the liberating party. Those forces (somehow) convince those who originally supported the liberating party to instead direct money towards civil society. The next thing you know, you have Zimbabwe’s MDC.

Or, you know, you could just come and talk to the ANC instead. That is the choice, as the ANC frames it, with perhaps just the merest hint that ambitious individuals would find it more profitable to work from within the warm embrace of the party than out in the cold.

Vavi probably won’t take up that offer, not in the near future anyway. But if he ever does start looking for support in leaving the alliance and contesting elections directly, he’ll have some hard selling to do. DM