Rare courage and searing honesty in ‘Something Dark’ 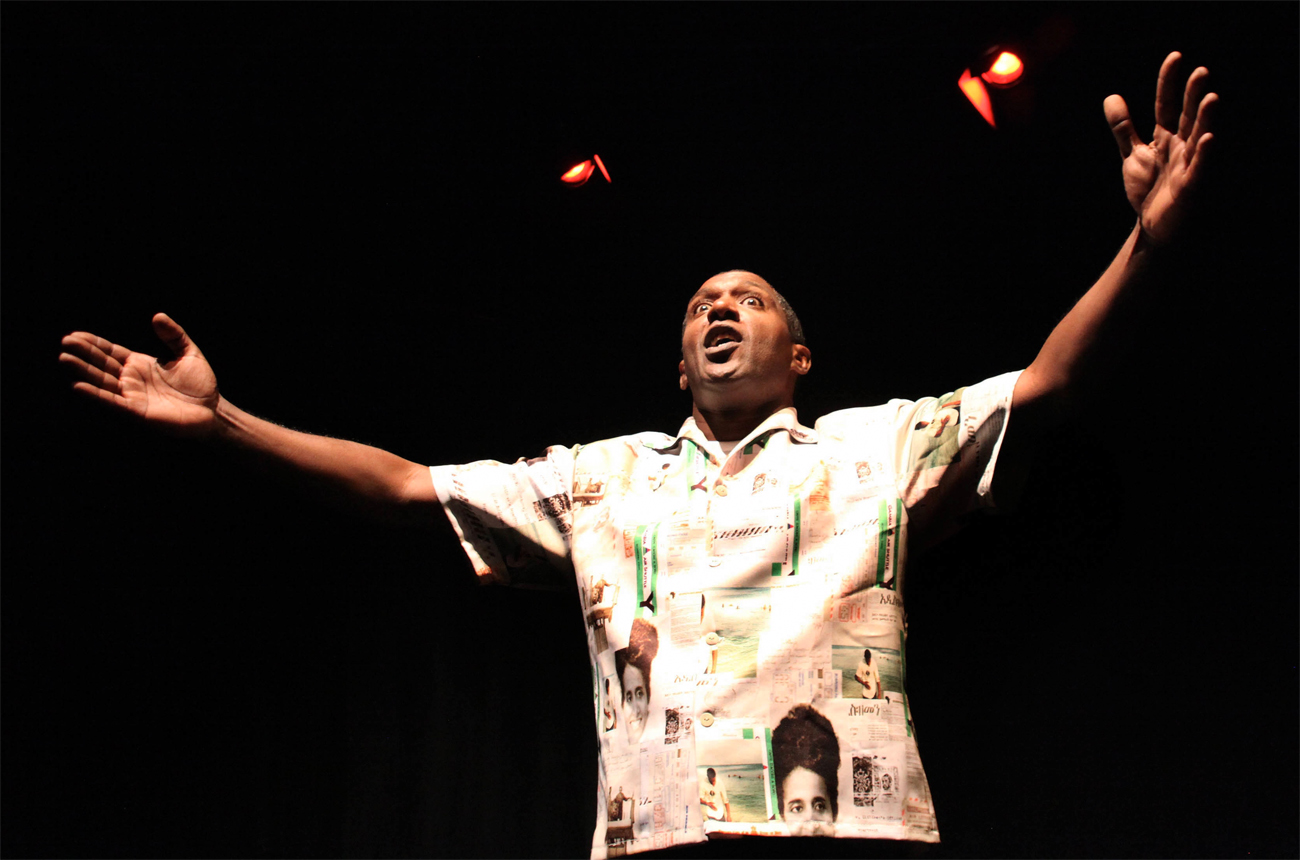 The true story of Lemn Sissay beats anything a fiction writer could have created. By LESLEY STONES.

He’s the illegitimate son of an African woman, born in England at a time when the English weren’t used to black skins. He was taken away from his mother and brought up by white Baptist fanatics who became convinced the young boy had the devil in him.

Now an accomplished writer and actor, Sissay relives his troubled childhood night after night, purging the demons that still haunt him from those early days, perhaps.

“Something Dark” is compelling theatre, a one-man show that swoops and soars through a whole range of emotions. He re-enacts an exorcism and his devastating rejection by his adoptive family, then instantly switches mood to make us laugh and dispel the lump in our collective throats.

Remarkably he has triumphed over the trauma – or perhaps triumphed because of it – to become a popular British poet and has been with an MBE by Queen Elizabeth II of England.

His language is rich and thoughtful, yet simple and accessible. It’s not convolutedly clever, but the language of the streets from where he dragged himself up.

At the age of 18 Sissay left the children’s home to head for the big city, armed only with a fistful of poems and a newly acquired birth certificate that let him begin the search for his real family and for his real self.

Sissay’s face tells almost as many stories as his words. His pliable features give us fear, doubt, sorrow, anger and bewilderment. Never much happiness, because his is a fundamentally sad and sadder story. Vigorous physical movements add a third dimension to round out the words and expressions, while perfect lighting by Anne Meeussen emphasises the mood swings. In the background, atmospheric music by Jim Parris subtlety builds to underscore the searing emotions.

The play comes at us in two acts, and you’re itching for the interval to end so you can find out how his adult life unfolds.

“Something Dark” is not a happy story by any means, but Sissay’s riveting presentation, its varied pace and the sheer ridiculousness of the situations forced upon him make this utterly absorbing theatre. DM

“Something Dark” runs at the Market Theatre until November.