Life gets even better for Google employees

Life gets even better for Google employees 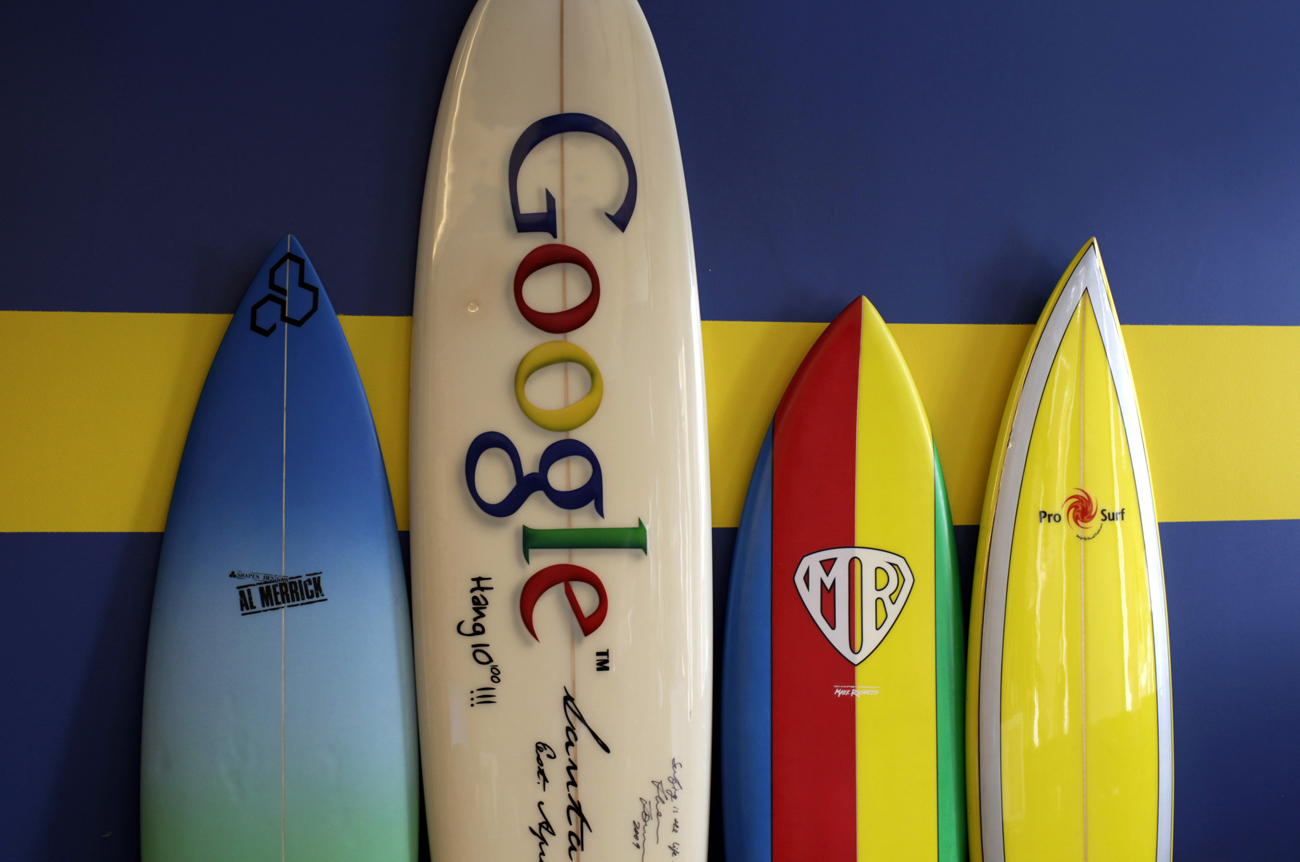 It’s an open secret that new Google hires grow fatter in their first month on the job, because they can’t get enough of the free food in the canteen. Now, in a move that signals the emergence of Silicon Valley from the bust cycle, engineers at the search giant are getting free servants. By KEVIN BLOOM.

In July this year I was invited to visit the Google head offices in London. With an address like Belgrave House, 76 Buckingham Palace Road, I knew the place was going to be slick, although nothing could’ve prepared me for how slick – the automated Web interface sign-in process, the outdoor top-floor lounge with the view of Victoria Station and the city beyond, the soundproof red phone-booths where employees could sit if they wanted to call someone in private. I was made to sign a non-disclosure form before I was taken on a tour of the working space, but I’m sure Google won’t crumble if I comment on their famous free-meal service (as much as you can eat, everything you’d want to eat, all of it delicious) or their washroom facilities (clean and cosy as any five-star hotel). Everybody I met affected a certain type of confidence, a poise that suggested they’d landed themselves the best job on Earth.

For Google engineers, the job has just got better. This week, Gawker reported that the search-engine giant is offering its top programmers a new perk: a free “runner” service that can be used for the cleaning of apartments, the buying of groceries, the cooking of meals (should the canteen menu get stale), the fetching of laundry – whatever mundane task you need done for you, if you’re an engineer that Google wants to keep happy, consider it done.

The only proviso is that you have to be based in one of the five major US cities where the online odd-job brokerage TaskRabbit operates, so the perk hasn’t hit London or other international offices yet. Leah Busque, TaskRabbit’s founder, wouldn’t tell Gawker whether the perks were permanent, or whether there was a dollar limit per employee, but she did say this: “We are working with other companies to roll out the deal to their employees as well. The perks are obvious – employees get the extra help they need and some work life balance, while companies get happy and loyal employees that are more focused on their work (without the stresses of the ‘little’ stuff). Popular posts by people include taking shoes to the cobbler, getting Ikea furniture assembled, bags of donations picked up, and groceries delivered. It is a competitive market to keep employees happy, and TaskRabbit as a perk helps to differentiate one work environment from another.”

And the catch? There isn’t one, although a commenter under the Gawker article helpfully provided non-Google employees with something else to hate the company for – TaskRabbit (and by extension its clients) is a way to keep poor people poor, she wrote, because the kind of person who does this work is desperate and therefore willing to underbid the competition. She then pointed to the following piece of salesmanship on the TaskRabbit site: “The typical task costs $7 – $15. Not only is that less than a personal assistant or outsourcing to a personal concierge, it is less than popcorn and a movie ticket. It is less than a cab ride round trip to drop off clothes. It is less than renting a car to go to Ikea or Costco. No membership, subscription, or pre-planning required.”

Not that the plight of the poor is going to change anything about Google. After two years of languishing in a recessionary environment, Silicon Valley is hitting its boom cycle again – seed capital is once more being provided by angel investors, venture capital firms are resurgent, and new companies are coming online by the week. Talented engineers and programmers are a scarce commodity in such a cycle, so established firms will do everything in their power to retain them. Notes Gawker: “Google and Facebook are competing so fiercely over some engineers that half-million-dollar retention bonuses are not unheard of. And they’re not the only ones vying for talent; flush with venture capital, Twitter is on a hiring spree, as are Amazon, Foursquare, Zynga and other startups.”

For Google, the “runner” perks indicate a complete about-face from this time last year, when CEO Eric Schmidt said that working at the company was better than having no job at all – before proceeding to defend cutbacks in free food and low-cost childcare. Back then, at a press conference, a reporter asked Schmidt to talk about the “culture of entitlement” at Google, and what he got from the chief were these words: “The tightening that [CFO Patrick Pichette] in particular did, who I think is the current Google hero, really did change the culture in a much more pragmatic way: ‘We’re happy to work here. We’re happy to be employed. We love what we’re doing. Our friends, you know, have been laid off.’ It’s been a maturing process. And I think a generally good one.”

If that was the maturing process, the new perks should really make self-sufficient adults out of Google staffers. DM

Read more: “Google Is Now Providing Servants To Its Employees,” in Gawker, “Google Says Google’s Perks Are Overrated, and Belt-tightening Is Underrated,” in All Things Digital.