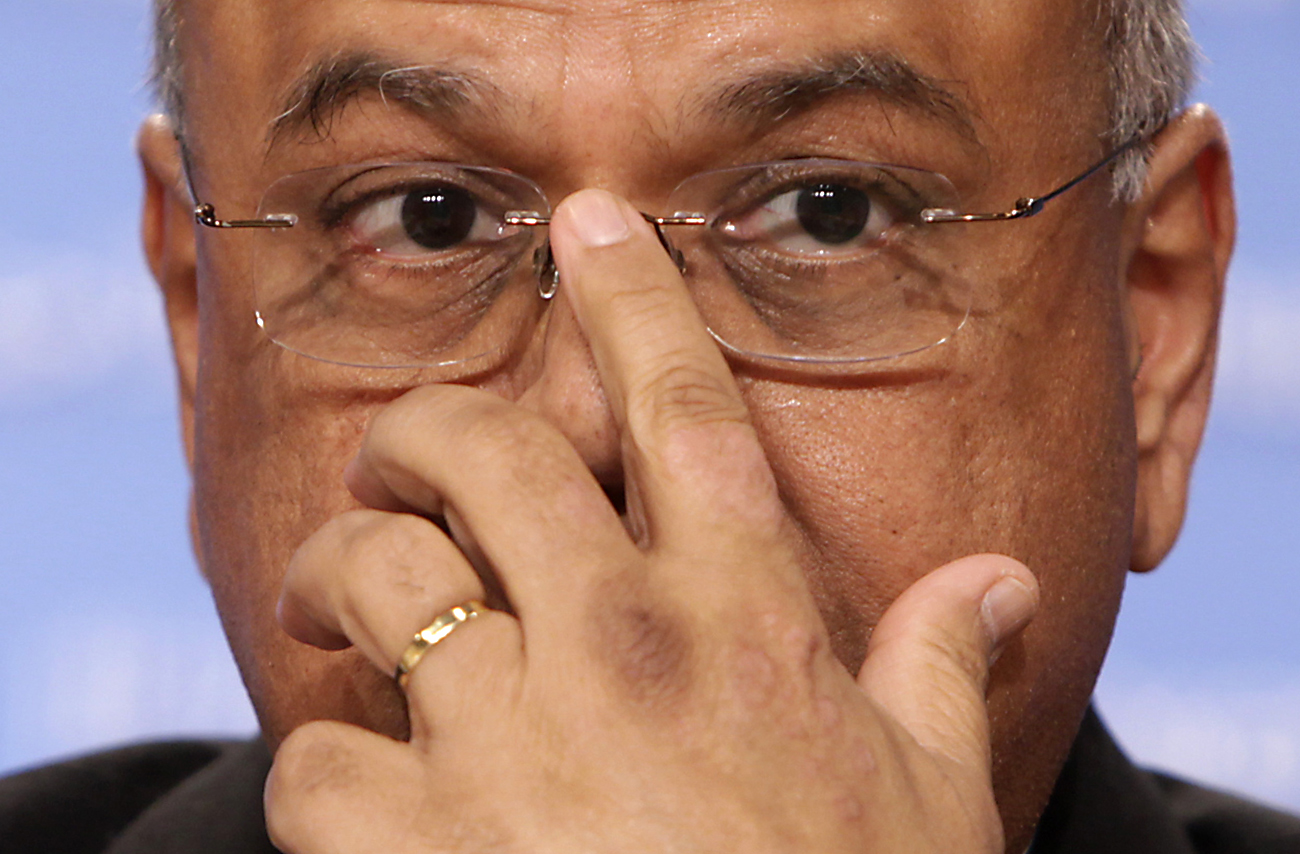 Hidden towards the end of Pravin Gordhan's medium-term budget policy speech lay a simple paragraph about the treasury's vastly increased powers in controlling the way provinces disburse their money. While it does look like a move to ensure corruption is stemmed, will it also have an impact on the DA's control of the Western Cape? By STEPHEN GROOTES.

As has been our theme this week – he who controls the money in government is ultimately a powerful person. If you do the accounts, control the cash and disburse the resources, you really are running the show. And the more of the money you control, the more powerful you are. So we couldn’t help but notice a little extension that was added to Pravin Gordhan’s empire yesterday. It says a lot about control. But this time, it’s probably for the good of all of us.

It came after the headline grabbers about exchange control, the extra cash for health and the defence force (more on that disaster in a moment) and, of course, what is becoming a persistent lament – our education system. In fact, it was tucked away on page 25 (out of 29). It went like this: “We will be increasing the monitoring capability of government, aimed at early detection of fraud. Departments and government agencies will be required to provide specific information to the treasuries on their procurement practices. Where necessary, the cash disbursements process of government agencies will be temporarily assumed by treasuries thereby ensuring that only valid contracts are honoured and government is charged a fair price.”

Firstly, any move to counter fraud is a good thing. And we know that billions of rand is being wasted, poured into the mouths of the already-rich and politically-connected in provinces and municipalities. Take the central licence booking system in Gauteng. It cost a billion rand, and has just added to the sum of human misery. And there isn’t even going to be a proper investigation into where that money went (questions on a postcard please; send to, a cynic might suggest P. Mashatile, c/o Gauteng ANC Headquarters). This is exactly the kind of thing that Gordhan’s proposal might have stopped dead in its tracks. Just before the money was spent, another group of people would have had to look at the final contracts. While the proposal is silent on whether it would be a provincial treasury, or the national one, at the very least, there would be some kind of check on the money.

And if we could, we would prefer the national treasury be involved, because quite frankly, it appears far too easy to cook the books of provincial treasuries.

But the flip-side of the story here is that Gordhan may be sailing (at full steam it seems) into the heady waters of greater control. Helen Zille’s lawyers will probably be checking if, in fact, the national government is allowed to intervene in how a province spends its money.

Having said that, we have to applaud this move wholeheartedly. Too much money goes missing, or is spent on nonsense like legislature openings or budget parties that provide opportunities for the wrong people to make money. So the thought of Gordhan looking through the books of these places more often, the possibility of him making public what he finds there might surely concentrate a few minds.

There is some nitty gritty to look at though. Does this mean the “treasuries” will have the power to nullify a contract that has already been signed? Or would it mean it could stop payment to a contractor it believed had unfairly won the tender? The implications here are fascinating. What if they picked on the wrong tenderpreneur? The one who went to court and won. Would they really stop payment for goods and services that have already been provided. And would they cancel contracts? There is a precedent here. The Heath investigative unit had the power to cancel government contracts (which is probably why it wasn’t given the green light to investigate the arms deal) and was not a group of people with whom to tangle. And we all know what happened to Judge Heath and his team.

Gordhan’s concentration on stopping corruption came in a speech with some unintentional irony. Because he also detailed how we’re finally going to stop paying for the arms deal. Government’s last payment (by which we mean the last money you and I are going to stump up for) should be in 2013. Three years’ time. Which is likely to be three years after the Gripens stop flying. That’s right, if the defence department’s annual report is to be believed, we’ve run out of money to fly the damned things. And defence minister Lindiwe Sisulu is throwing (another) royal fit about it and trying to keep them airborne.

Yes, billions of rand down the drain for 24 planes about which nobody thought past their own noses. Which means the cash is simply wasted. Gone. Finished. It’s enough to make you cry with rage. The arms deal cost us R30 billion 11 years ago. Imagine the kind of kick-start the national health insurance scheme would have received with that. DM