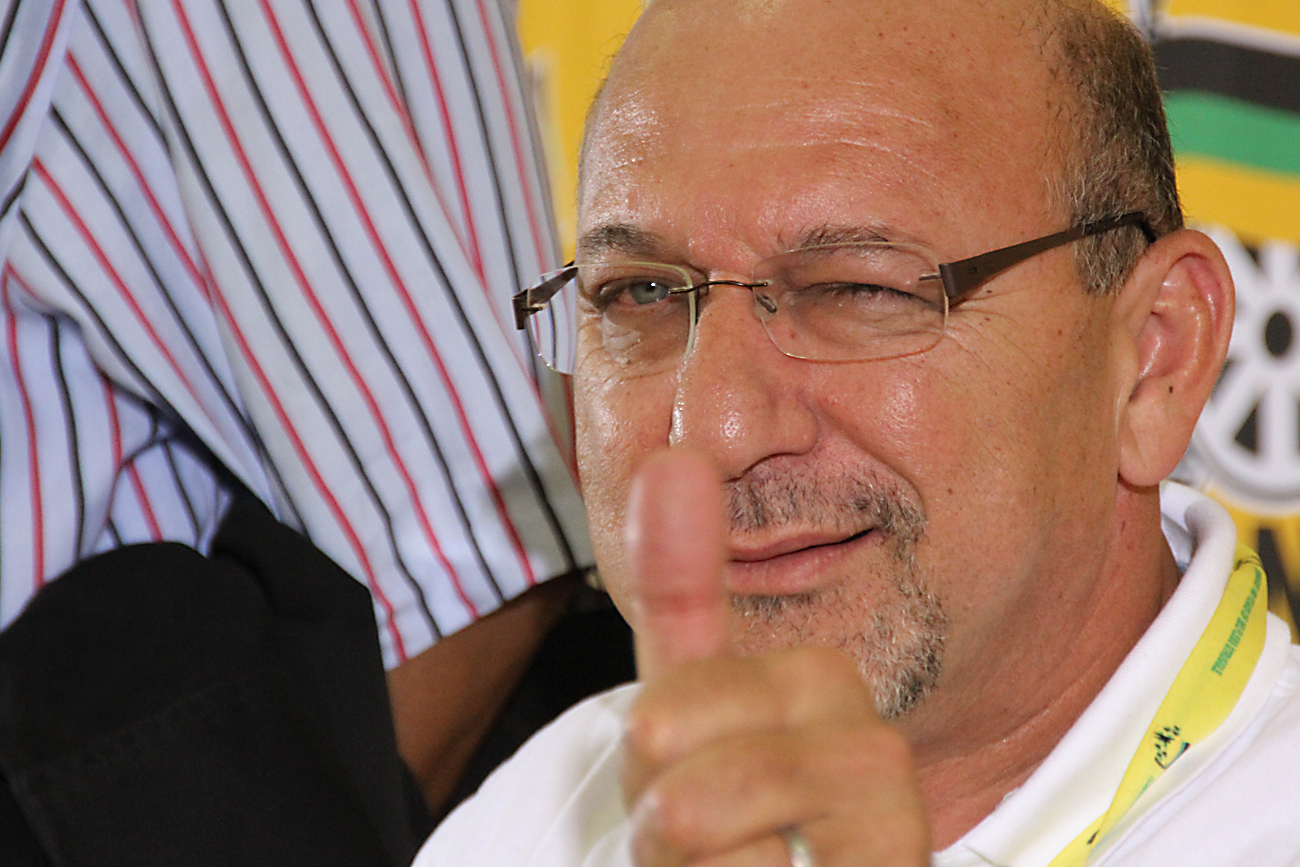 There’s been a long-running guessing game in political circles about the power and influence of Trevor Manuel. And his latest appointment didn't shine much light on the subject. Actually, quite the opposite. By STEPHEN GROOTES.

If you think about it, his is one of the most fascinating political careers this country has seen. That it’s been so long and so successful is testament to the man’s intellect, and probably a good nose for when to stick his neck out and when to simply sit and wait. But his political power has been tested of late. And his appointment to “assist President Jacob Zuma to fulfil his new responsibility as the African Union champion of the North-South infrastructure development corridor in the continent” could either be a further step forward or another step back.

In politics control over the economy is everything. Control over the actual money itself is fantastic. There’s a reason Gordon Brown agreed to Tony Blair’s deal. And the real fundamental expression of government policy doesn’t come from comments about the Reserve Bank or a promise to look after the poor. It comes in the annual budget. If you read nothing else political, that annual expression of what government is going to spend its money on will tell you everything about who’s really running the country. It’s an hour-and-a half-long list of priorities, weighted in their order of importance.

Manuel must have loved being in charge of that process. Often that speech turns out to be more important, and certainly more honest, than the average state of the nation address. So, how important is he now?

The public answer, of course, is that planning in a developing country matters more than almost anything else. And as someone used to managing resources, Manuel was the perfect person to do it. Hell, we know what happens when people forget to plan don’t we. And if you’ve forgotten, try living without power for a while (you may get to try it soon – Ed). On one level, we can’t think of a better use for one of the nation’s great brains that to be put in charge of planning. Besides, he’d been finance minister for ages and everyone needs a change (or, more politically accurately, he’d been Mbeki’s finance minister, and thus symbolised everything the left hated about his economic policy; i.e. the 1996 Class Project).

This view of things is bolstered by the people appointed to the Planning Commission. The Ramaphosa’s and Godsell’s of the world are good choices. All in all, it’s an impressive group of people. It makes one think Manuel had a free hand. And that Zuma was happy to just leave him to it, because that’s how much he respects him. Which would indicate that he does have real power.

Except that there is a corollary. Perhaps, just perhaps, he did have a free hand. But only because Zuma doesn’t care about planning. Because he knows that it doesn’t matter. And thus is happy to leave Manuel to play in the sandpit, knowing he’s irrelevant.

When Manuel was appointed, it seemed a typically cunning Zuma move. He picked his own finance minister, but was able to signal to the markets that there were no big changes coming. And by appointing Manuel as a minister in the presidency, he had a legitimate reason to haul him out at every presidential appearance, to clothe himself in  the reassurance that only Manuel could provide. As a politician who was seen, at least by The Economist as “policy light”, it was brilliant. At least for Zuma.

For Manuel, however, it could be a slightly frustrating role. Is that all there could be for him? To provide some kind of fig leaf?

That could be why Manuel was happy to wade so strongly into the fray within the ANC’s debates over mine nationalisation. He was chairman of the economic transformation commission at the party’s national general council, and thus the public face of it. The man who got to be the face of the ANC telling young Julius where to get off (of course, it was far more sophisticated than that). It’s the kind of battle he may have relished. Where knowledge and experience can strike a telling blow against misguided passion and possibly corrupt intentions. Where in a very real sense, he could save the economy he played such a key role in creating.

In this, and in his planning portfolio, Manuel is a massive asset to the country. His experience and intelligence should be used in the best possible way. The reality of politics is probably going to make sure that doesn’t happen. But we can’t get away from a nagging suspicion that planning isn’t really where the government action is nowadays. And yes, we really don’t think that Nepad is where it is either. And the development of the North/South corridor certainly doesn’t sound like rock & roll to us.

But Manuel might also be the man who is steadying the ship at the moment. The person who is able to find a way to tell Zuma what would happen if. And at a time when cabinet is coming under increasing pressure to do “something” about the economy, that must be a good thing. It may a thankless task. Certainly, you cannot doubt his patriotism.

So will this appointment work for the future of our continent? In the end, it’s going to be what Manuel himself makes of it. Nothing more, and knowing him, probably nothing less. DM