'The Girl in the Yellow Dress' shows angst is not uniqu... 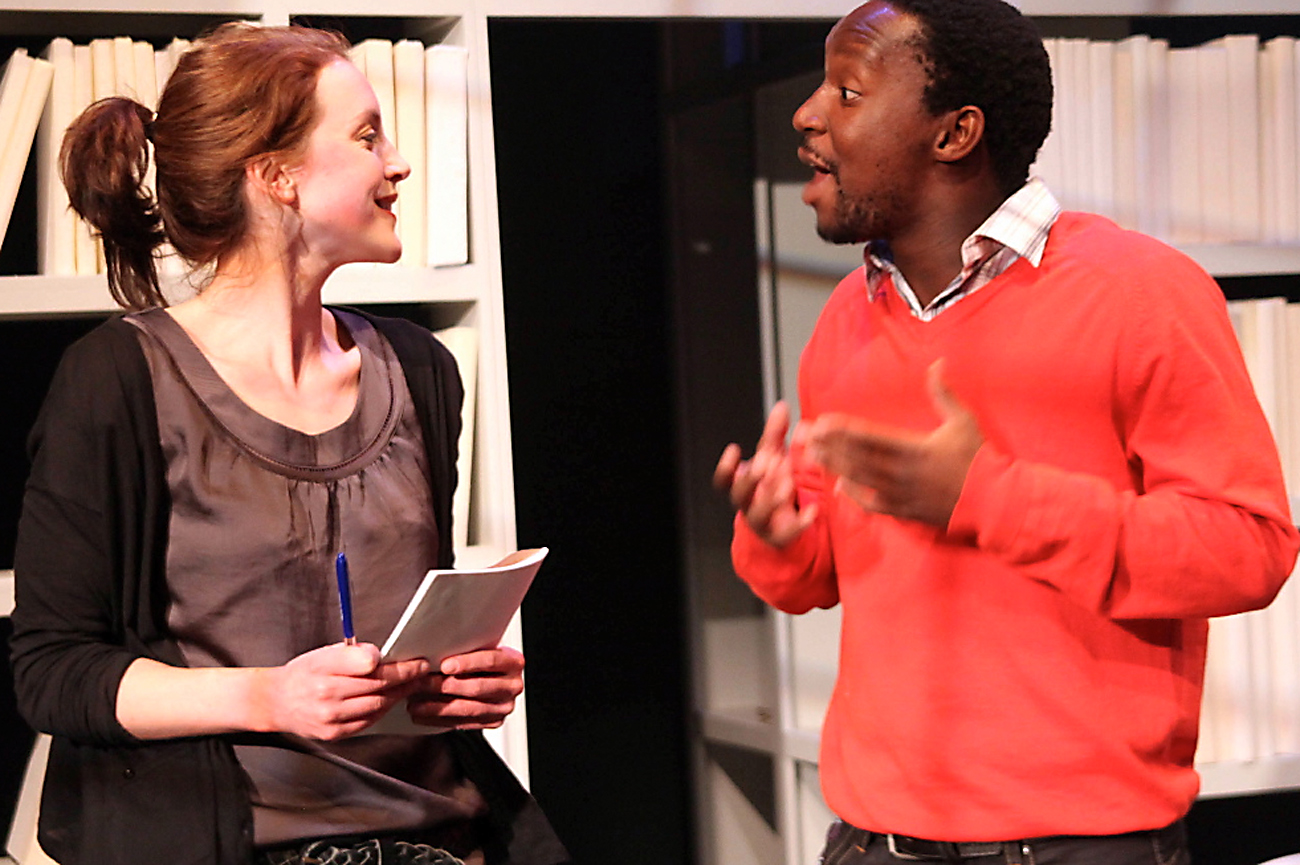 Black and white, truth and lies, trust, deception and self-deceit are the issues and emotions at the heart of this new South African play. But, oddly, it’s not about South Africa at all. By LESLEY STONES.

The familiar sounds of our own angst-ridden territory are worldwide issues that we really can’t claim sole ownership over.  That’s often forgotten because South Africans still like to play the martyrs who have suffered more than most.

Instead, author Craig Higginson has set “The Girl in the Yellow Dress” in Paris where it deals with a developing relationship between Celia, a young English teacher, and Pierre, her French-Congolese student. The title sounds lightweight and inconsequential, but this is a glorious and intense piece of theatre for the cognoscenti. For people looking for brilliant acting, a challenging, thought-provoking script, witty dialogue and tight direction where every moment is flawless. It’s an evening that rewards the intellect rather than a show that washes over you with mindless entertainment.

The pairing of English actress Marianne Oldham as Celia and young South African Nat Ramabulana as Pierre works beautifully. She’s fraught, crisp, insular and edgy in that spiky brittle English rose manner. He carries off his Afro-French accent effortlessly and manages to be both likeable but suspicious, vulnerable but callous. Ramabulana gives us a mixed bag of emotions, bringing them all out in turn as the plot unfolds and their encounters intensify. Throughout the increasingly risky relationship the English language plays a major role, with Celia throwing out complex grammatical regulations that serve to highlight how complicated everything can be once you start to scratch below the surface. Oldham and Ramabulana tussle verbally then physically as an undercurrent of lust ousts any lack of genuine liking, both taking what they need from their encounter with the class and colour of a different world. The humour, accusations and desire play out on a chic stage set that captures the single girl on the go atmosphere perfectly. Director Malcolm Purkey has produced a smart, taut play that bristles along beautifully, part thriller, part social commentary and part comedy. It’s an enormously welcome addition to the local drama scene where so many plays are dated or too small-minded to go beyond our own tedious navel-gazing. DM

“The Girl in the Yellow Dress” runs at the Market Theatre until 21 November.